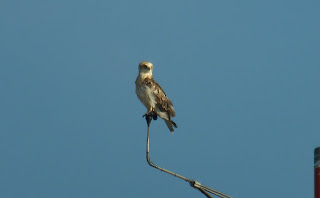 Yesterday I made an afternoon visit to the Barred Warbler site on the Slovenian Karst. As I imagined there were no Barred Warblers left in the area (they've already departed for Africa). However I was there to see some other birds that are usually worth a visit. One of them is the Short-toed Eagle. After some time of birding in the area I noticed a perched bird on the very top of a distant weather antenna of some kind. At first I thought it was a Hooded Crow, but when I got it in the scope I discovered a SHORT-TOED EAGLE! I then tried to approach the antenna and managed to get about 100 metres away from it. The bird remained there for at least an hour and allowed excellent views. Surely the best views I've ever had of a Short-toed Eagle! A couple of pics here (and above): 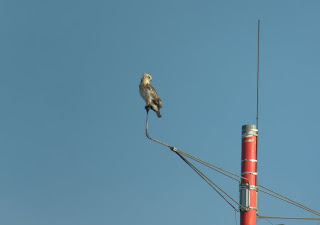 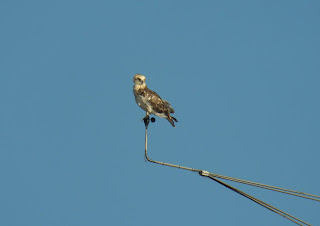 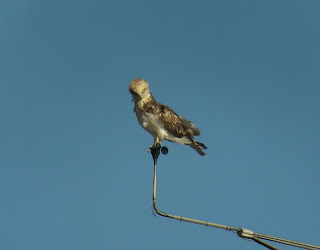 It then took off and made a few circles, above the grassland where it was promptly mobbed by a Common Buzzard: 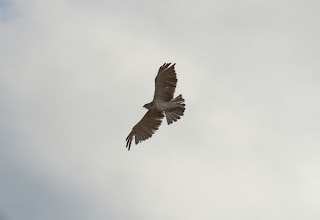 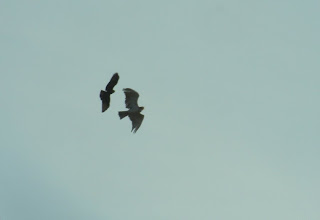 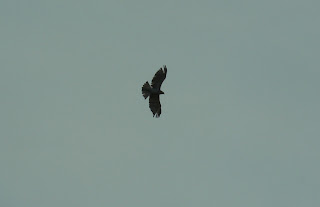 Well, this sighting alone was worth the visit, but the area was actually full of other interesting birds. As I imagined there were several small migrants around: 1 Hoopoe (flushed from the path), 4 Northern Wheatears (first fo the autumn), 2 Lesser Whitethroats (showing well in the bushes), 3 Spotted Flycatchers, +6 Wood Warblers (mixed within a mobile flock of Blue and Great Tits), 3 Pied Flycatchers and 3 Whinchats.
Showy Wood Warblers: 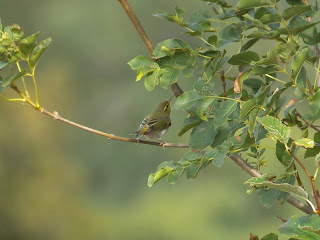 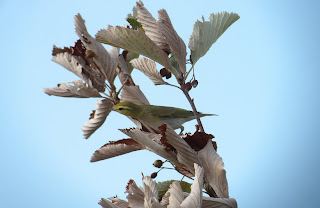 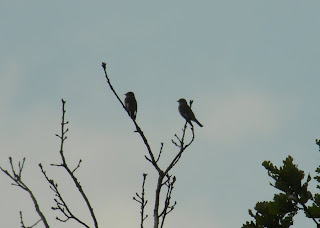 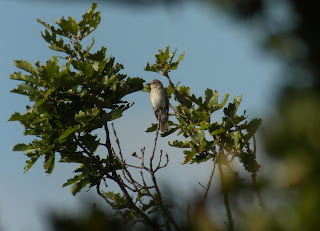 In the sky there was a quite strong and compact flock of migrating Common Swifts with several Alpine Swifts mixed among them, plus the usual Swallows and House Martins.
Other (supposed) non migrants included 1 calling Tawny Pipit, 2 Kestrels, +20 Red-backed Shrikes, 2 Ravens, +20 Mistle Thrushes, 1 Sparrowhawk, 4 Skylarks (incl. some juveniles), 1 calling Black Woodpecker, 1 showy female Lesser Spotted Woodpecker, Nuthatch, Marsh Tit, Woodlark, Chiffchaff and some Cirl Buntings.
Also of note was this Red Fox that passed not too far from where I left the car: 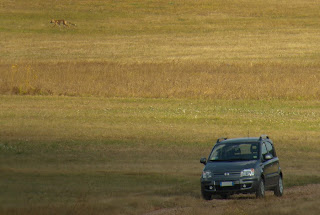 A view on the area: 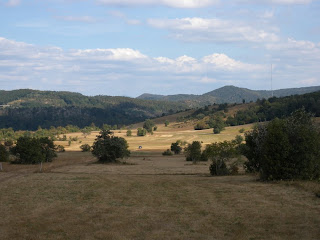