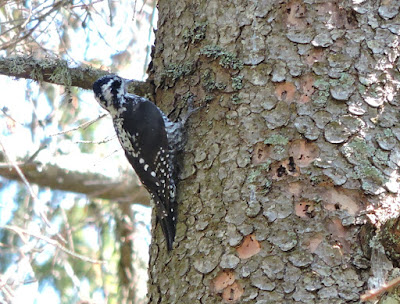 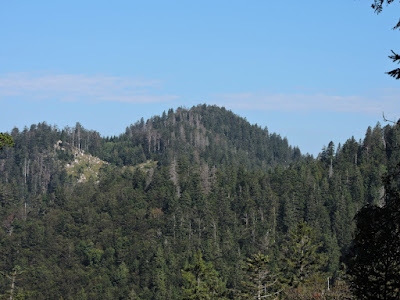 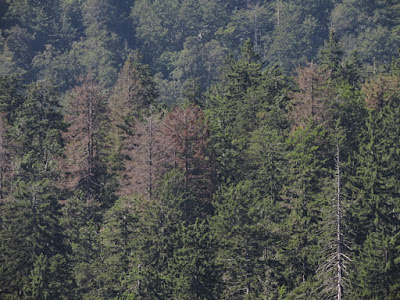 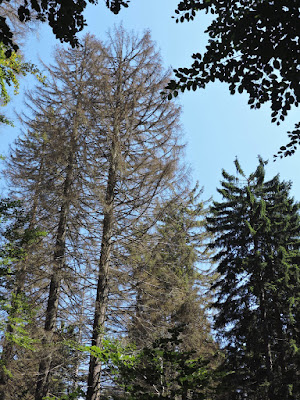 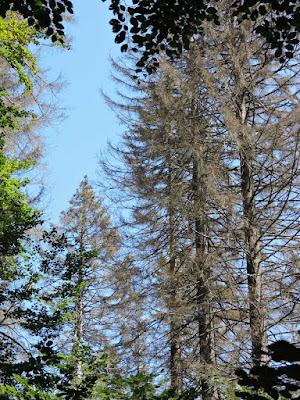 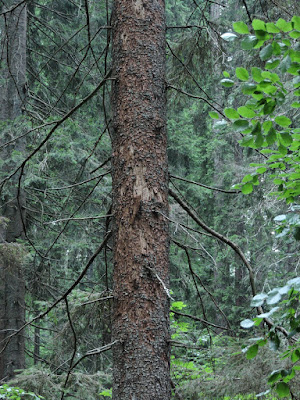 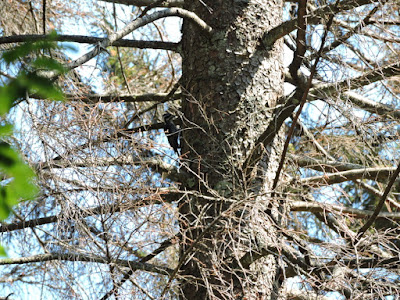 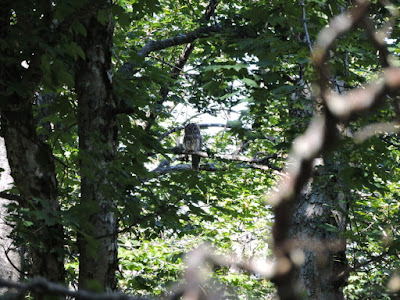 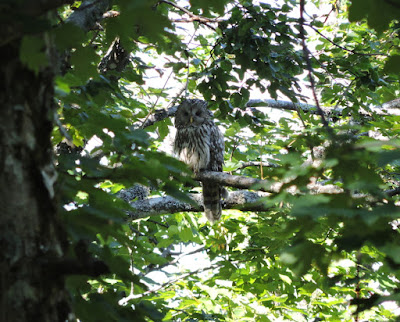 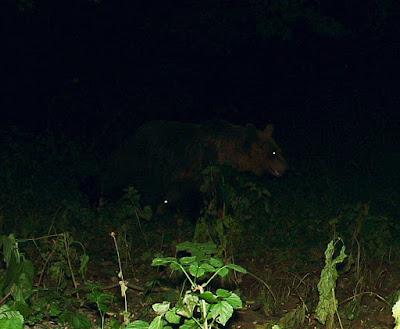 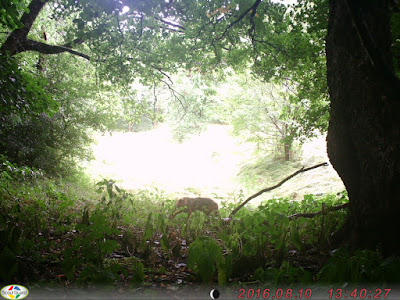 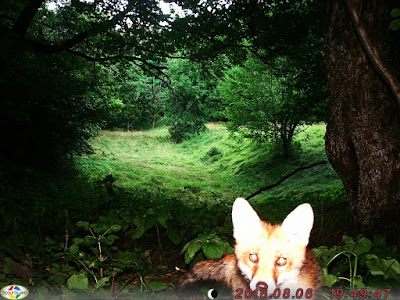 The trail camera I have positioned on the Slovenian Karst, close to a woodland glade, produced quite interesting results in the last two weeks. Best of all was the apparition of a Brown Bear Ursus arctos and a probable Golden Jackal Canis aureus (the face is not clearly visible, so the ID remains 99% sure). Analysing the bear's pictures, there could be actually two of them (note the shiny eye, under the large bear) - but not yet sure about that. Bears are a regular presence on the Karst, although in small numbers and usually only passing by (especially in autumn). Jackals instead and are now expanding their range from the Balkans and their presence is recorded more regularly in these areas, although they still remain a quite rare species in Slovenia. It was also good to capture a mix of other woodland wildlife like Badger Meles meles, Wild Boar Sus scrofa ect. Hopefully more in the coming weeks!
Posted by Domen & Sara at 03:53

Evening with the Bears 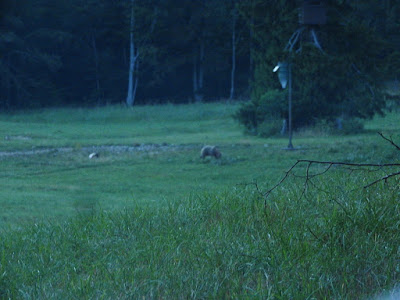 Yesterday I was lucky enough to witness some amazing night wildlife action in the remote Dinaric forests. After a leisurely stroll into Snežnik's forests, me and my girlfriend decided to wait for darkness on the edge of a forest glade, where earlier in the afternoon we found some bear's droppings. The glade we chose proved quickly very good as 3 Roe Deers Capreolus capreolus and 1 Fox Vulpes vulpes were already feeding at the site in good afternoon sunlight. When the sun set over the hills and darkness slowly began to fall, a young female Red Deer Cervus elaphus emerged from the forest, followed later by her mother. After some more or less regular apparitions of up to 7 Roe & 2 Red Deers, at 20.30... a BROWN BEAR Ursus arctos appeared in the middle of the glade! It was mid-sized and funnily had a quite light back, resembling a silver-back gorrilla. The light was now quickly fading, so we mostly enjoyed it through binoculars and neglected photography - the light was too weak for proper pics, so we only managed some documentation shots (above). The bear slowly walked to the center of the glade, 170 meters away from us, where it began to forage under a game feeder. After an initial short period of twilight darkness, an almost full moon began to rise in the sky and cast a bright white light over the glade. Therefore the moon gave us the opportunity to witness some amazing night life for a longer time than initially thought. The bear was showing well, so I decided to mount the telescope inside the car (our mobile hide!). Meanwhile also a Wild Boar Sus scrofa payed a visit to the glade, but didn't to approach the bear too much. The bear remained there for one hour and a half, until... two other bears appeared! The newcomers were a giant female followed by her young (this year's or one year old cub). The mother scared off the first bear and took its place at the feeder. However the first bear still remained nearby and could still be observed feeding on the edge of the glade. After two hours and a half of intense bear watching, the three individuals dispersed in different directions; the female even left with an annoyed "bark" (or actually "roar"). Impressive!
The evening was one of the most productive I've ever had in terms of mammals as we also added to the list 3 Beech Martens Martes foina (one carrying a chicken egg!), 1 Brown Hare Lepus europaeus and Dormouse Glis glis. With the above mentioned Bear, Red & Roe Deer, Fox & Wild Boar we reached 8 species in total.
More Bear posts here and here.
Posted by Domen & Sara at 14:17 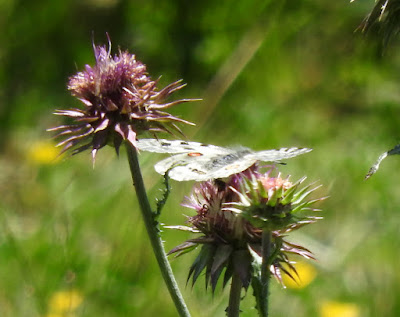 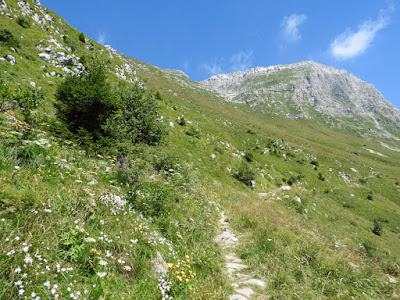 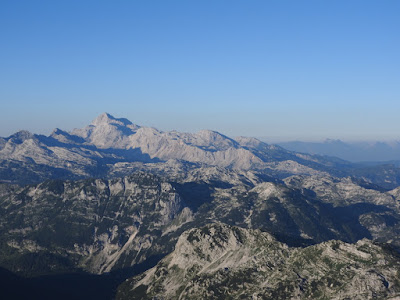 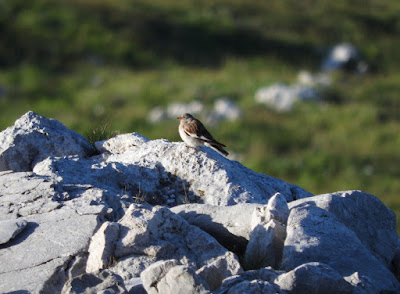 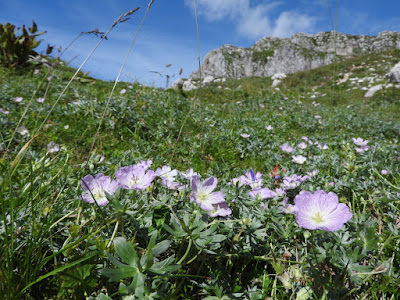 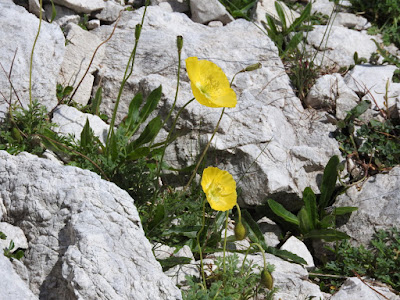 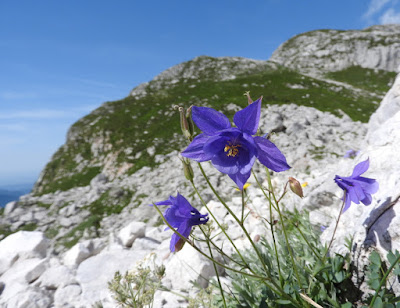 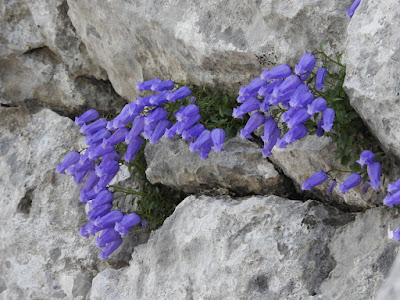 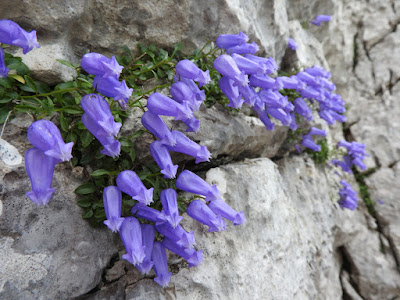