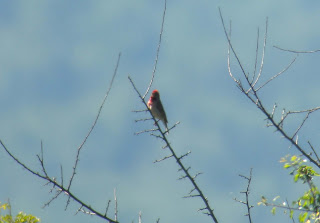 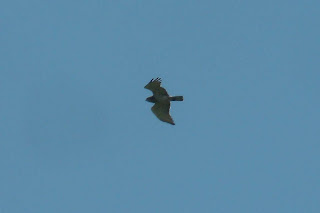 Two days in the Alps with BLACK GROUSE special 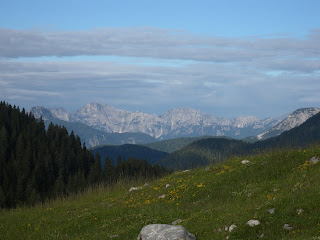 I spent the last two days (Thursday and Friday) in the Italian Alps of Friuli Venezia Giulia with two other friends, trying to see some alpine gamebirds and other upland specialities.

Day 1 - Thursday 9th June:
We nearly spent the whole day at the Cornino lake Nature Reserve, near Forgaria. The main target here was a mega rarity: a Black Vulture reported in the previous days...that we dipped at the end. Instead we got another pretty much rare bird, a *LONG-LEGGED BUZZARD*, also reported in the past few days. The birds was soaring quite high with other raptors, so the views were not extremly grateful (not as those in Hungary!). Other interesting birds in the area: about 96 Griffon Vultures, lots of Ravens, 10-15 Black Kites, several singing WESTERN BONELLI'S WARBLERS, singing Common Redstarts (the first for me this year), about 8 Honey Buzzards (far commoner than Common Buzzard), 2 Short-toed Eagles, 1 female Kestrel, 1 Hobby (hunting House Martins), 2 Siskins (flew overhead), Spotted Flycatcher, 2 Red Squirrels and 3 Wild Boars (see pic).
Later on the mount Cuar a quite far away singing Ural Owl. Also there Eurasian Treecreeper, Coal Tit, Bullfinch ect.
A stop near Portis (Venzone) produced: nesting Griffon Vultures and some Crag Martins plus 6 ALPINE IBEXES.
Griffon Vultures: 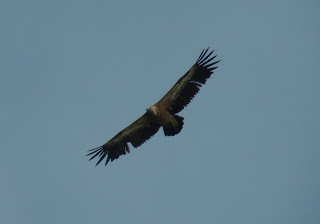 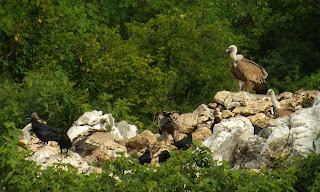 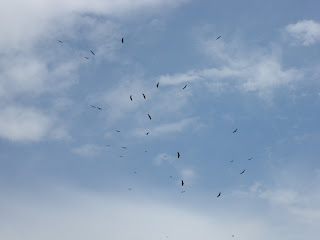 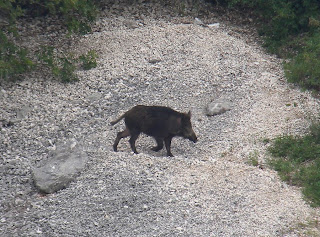 Day 2 - Friday 10th June:
At 03.00 am in a park in the town of Udine a Little Owl was singing.
We then headed to the Mount Oisternig (2050 m a.s.l.) on the border with Austria, to try and see some truly alpine birds. The main target were of course Black Grouse, Ptarmigan, Cappercaillie ect.
We were actually very lucky with the BLACK GROUSE - no less than 4 birds! The first one (a female) was seen as we were ascending to the top of the Oisternig - it took off some 10-20 metres away from the path. The second encounter was with a stunning male. Firstly spotted at great distance as it was sitting on the ground below a spruce tree... we then approached it and got nice views. When it took off, another one followed him in flight. But the best came at the end. When we were walking back on the steep grassy slope, I almost trod on a female Black Grouse! It bursted away with great noise, hitting my leg with the wing and leaving me quite schocked! I then realised that few centimetres away from my foot there was a nest with 7 eggs!! The nest was actually well concealed in a cup of grass, beneath the top of a fallen spruce. We had a quick look at it, took some photos and left the site as soon as possible. A probably quite scary encounter for the grouse, but a great one for us!
This was of course the highlight, but there were other interesting sightings too during the day. Here are the species we had: Song and Mistle Thrush, Wren, Grey Wagtail, Goldcrest & Firecrest, Crested, Coal and Willow Tit, Eurasian Treecreeper, several Bullfinches, 2 Lesser Whitethroats, Dunnock (in upland habitat), a Siskin family, both Tree and Water Pipit (marking their upland territories), Linnet, several RING OUZELS (superb males!), 2-3 pairs of Northern Wheatear, 8 Alpine Choughs flew past, 1 ALPINE ACCENTOR, Crossbills in flight, some Honey Buzzards, 2 calling Nutcrackers (one seen), Spotted Flycatcher, 1 Black Woodpecker heard, 2 WHITE-THROATED DIPPERS (in flight and perched...on a mountain stream), 1 Buzzard and 1 male Red-backed Shrike. Mammals included: 1 male RED DEER at dawn, 1 European Hare, 1 Roe Deer, 6 ALPINE CHAMOISES and several ALPINE MARMOTS (on the grassy slopes). Also 2-3 Small Tortoiseshells on the top of the mount.
Black Grouse's nest: 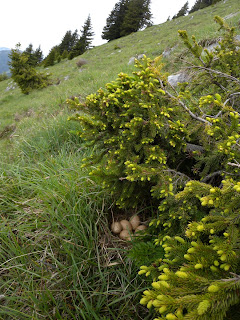 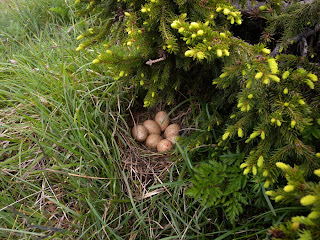 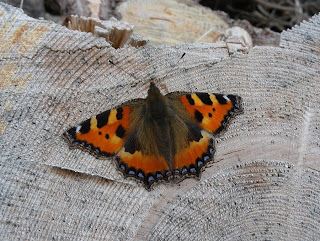 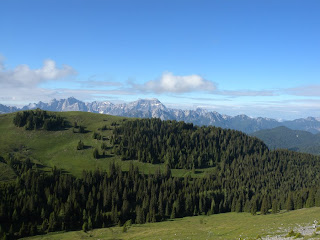 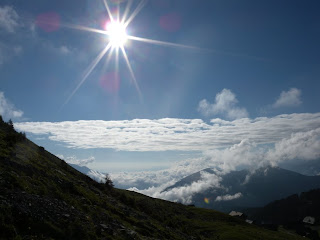 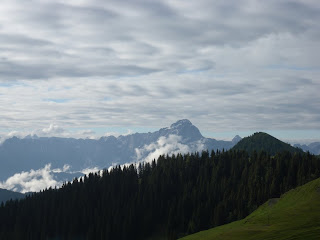 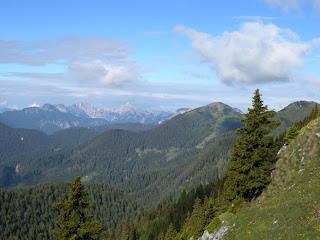 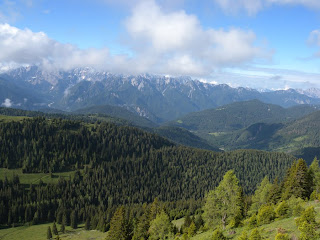