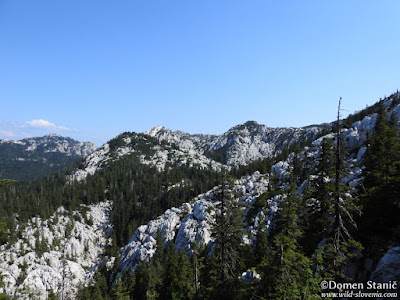 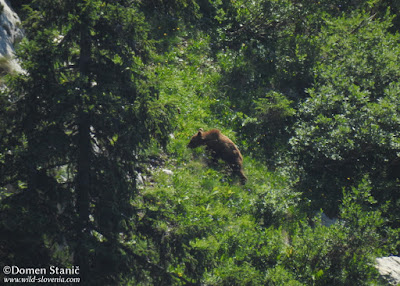 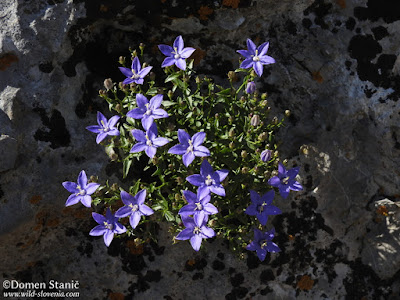 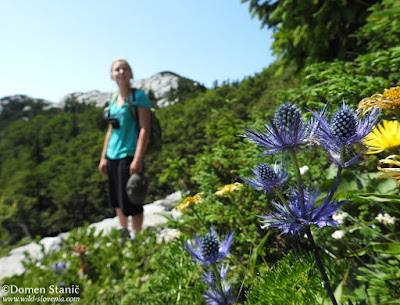 Last weekend was spent hiking in the Dinaric mountains of the Northern Velebit National Park in Croatia. We had an exciting encounter with a Brown Bear Ursus arctos, saw some nice birds (Rock Nuthatch Sitta neumayer, Black-eared Wheatear Oenanthe hispanica) and enjoyed in an incredible variety of endemic plants. Complete photo-report in our TRAVEL BLOG.
Posted by Domen & Sara at 07:44 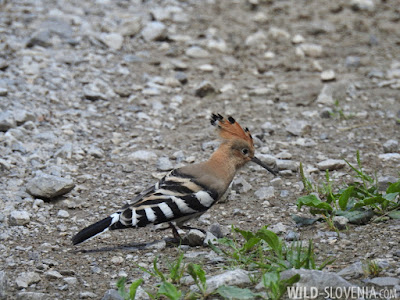 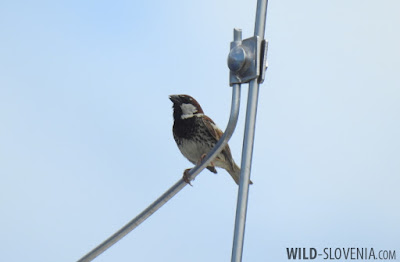 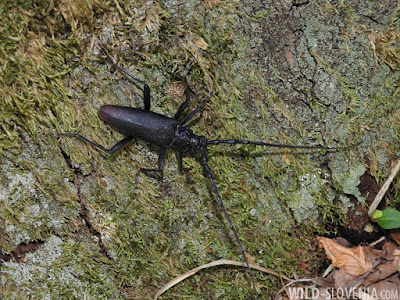 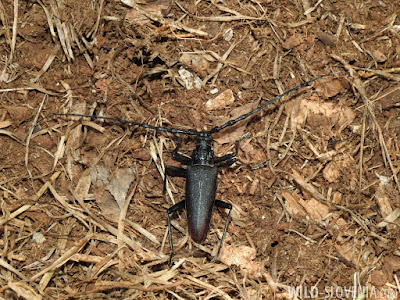 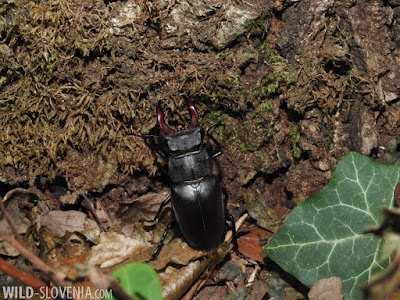 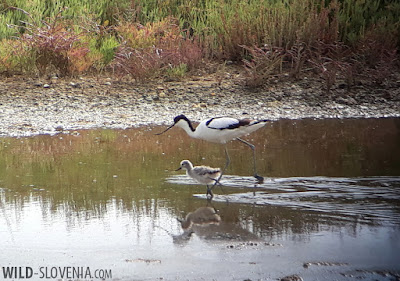 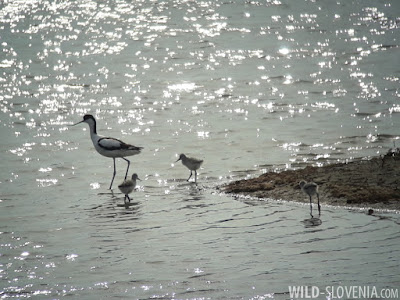 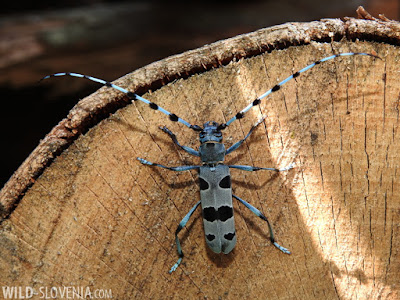 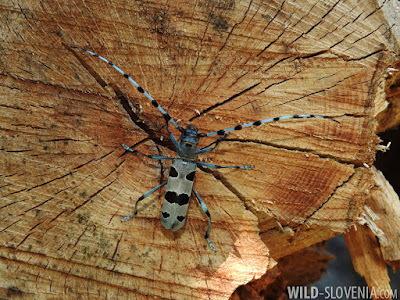 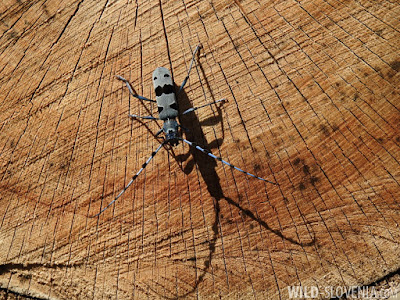 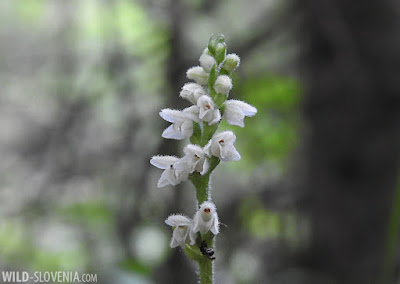 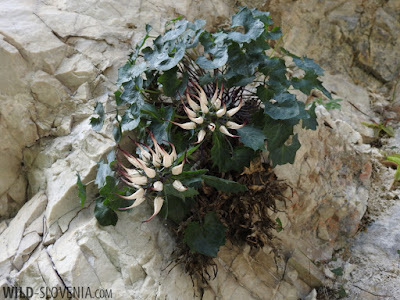 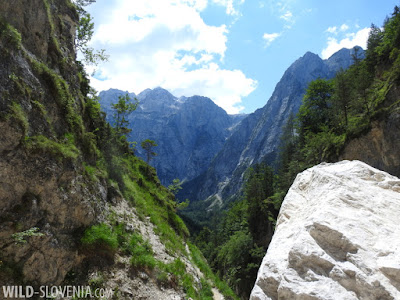 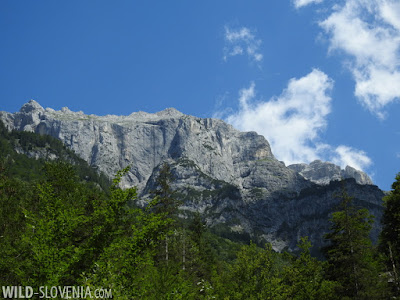 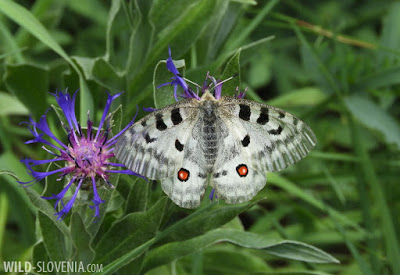 Some days ago we visited one of Slovenia's butterfly hotspots, the southern edge of Trnovski gozd (the Trnovo forest). This is an area of dry mountain meadows at an altitude between 1000-1200 meters above the sea, bordered by the mixed Dinaric forests of the Trnovo plateau. The area is so rich with butterflies (but also floristically diverse) because it lays right along the Dinaric ridge, which represents a meeting point of different biogeographical regions. Here plants and animals typical of the Mediterranean mix with those from the continent, the Alps and the Balkans.
During our visit we observed 35 species of butterflies, many of which were interesting, scarce or locally rare species. We were mostly excited by the find of several Apollos Parnassius apollo, one of Slovenia's rarest and most endangered butterflies (see last year's post), but also other local specialities like Styrian Ringlet Erebia stirius, Great Sooty Satyr Satyrus ferula and Clouded Apollo Parnassius mnemosyne. This time we were so excited that we even wrote a complete butterfly check-list of the trip - you can find it at the end of the post.
Apart from butterflies we enjoyed in the carpets of flowering mountain plants, including many rare ones like White Sainfoin Onobrychis alba, Grass-leaved Scabious Scabiosa graminifiolia, the endemic Hladnikia Hladnikia pastinacifolia (only found in Trnovski gozd and nowhere else), Carniolan Lily Lilium carniolicum, Spiked Bellflower Campanula spicata, Carniolan Vetch Astragalus carniolicus and many many others. Among birds the most interesting sights were all from the road: 3 Short-toed Eagles Circaetus gallicus (2 near Sežana and 1 near Vipava) and a fly-by Hoopoe Upupa epops in the Vipava valley. In the dry mountain meadows Rock Buntings Emberiza cia were most prominent. 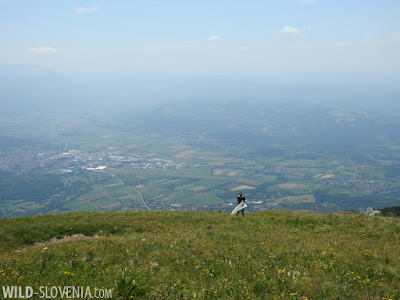 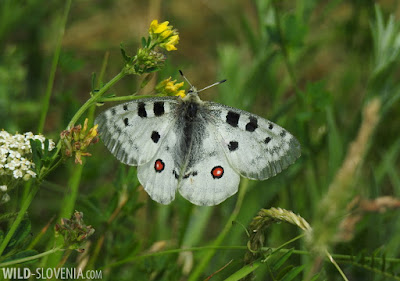 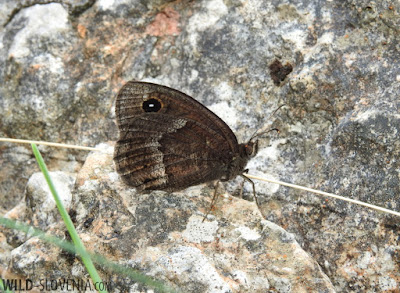 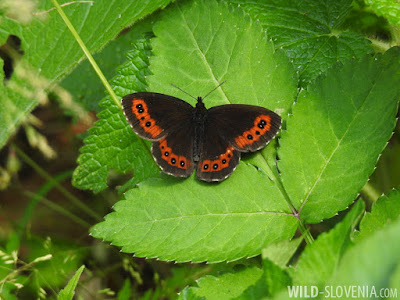 Complete butterfly check-list of the day (not in systematic order) - tot. 35 species:


Read more about Slovenian butterflies and their diversity on our website: Butterflies of Slovenia.
Posted by Domen & Sara at 05:26