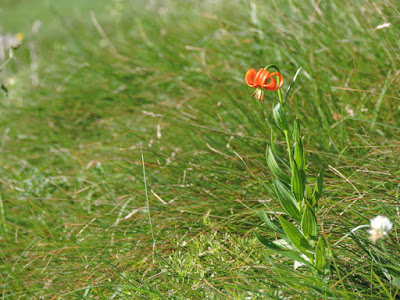 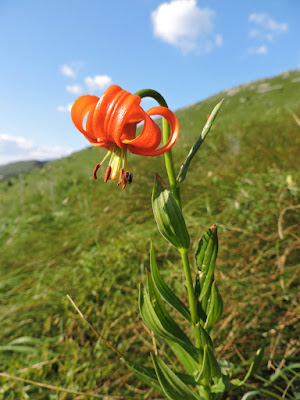 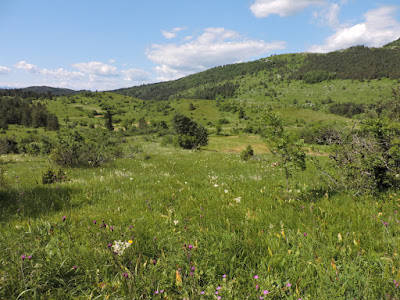 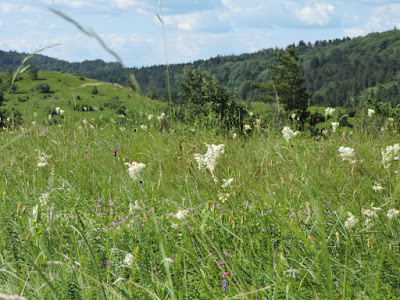 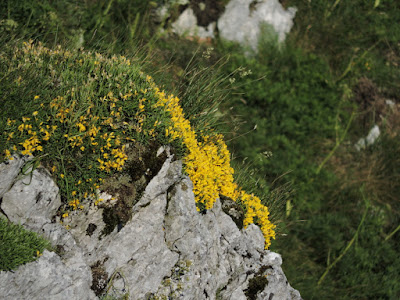 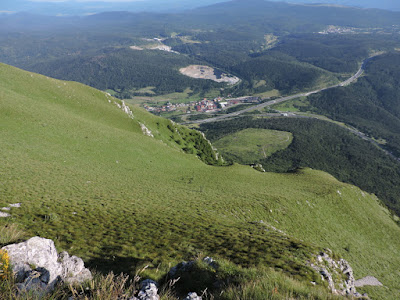 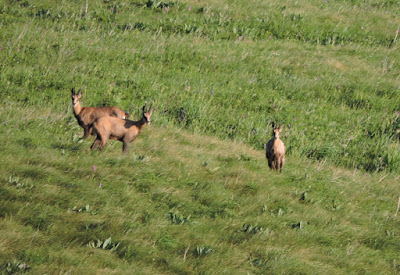 The other day I spent the afternoon on the beautiful grassy slopes of mount Nanos and waited the sunset on a rock. In the evening I was quite surprised to hear a Corncrake Crex crex singing a couple of times. The habitat up there looks good for them, but as far as I know, no breeding population is present. It may happen that from time to time one or two males stop on migration and hold "empty territories" for a season. Also around in the evening were several singing Nightjars Caprimulgus europaeus.
Posted by Domen & Sara at 10:13 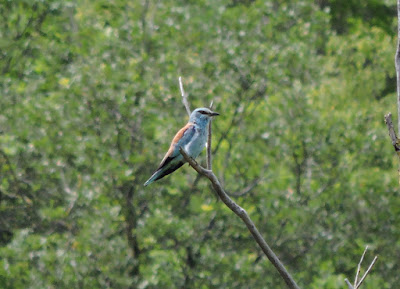 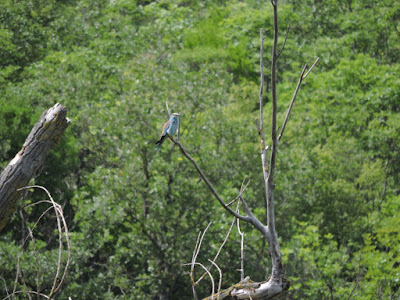 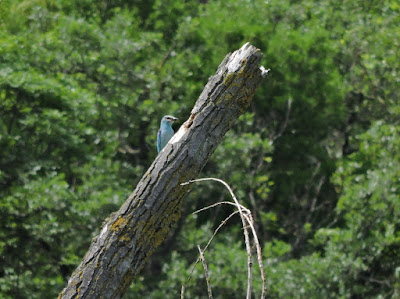 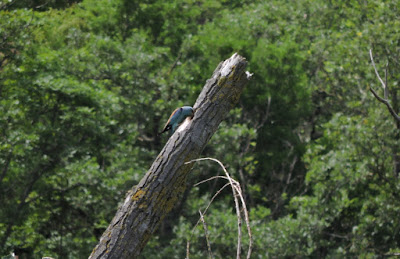 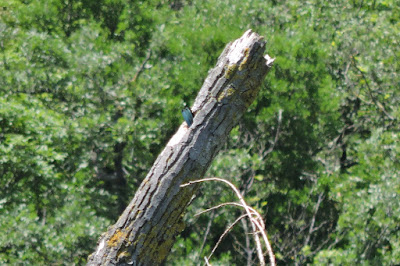 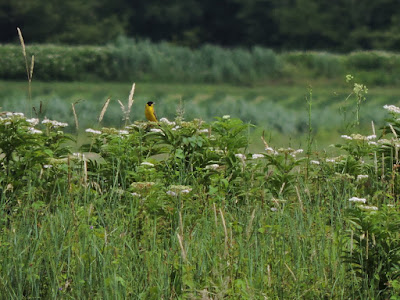 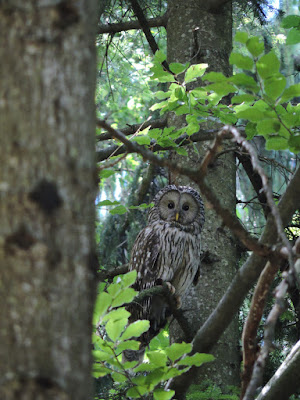 Recently I've been following a pair of Ural Owls Strix uralensis in central Slovenia for work. The pair was nesting in a study nest-box in a forest of beech and fir (Abieti-Fagetum dinaricum aka Omphalodo-Fagetum). The two chicks have left the nest a few days ago and now they mostly perch on mid-height branches of beech trees, where they wait to be fed by adults. This happens mostly at night and a few times in the early morning as well. Sitting calmly under a tree and waiting patiently, one can observe the two adult birds (especially the female) quite well and close-by.
Ural Owl is a widespread bird in the forests of Slovenia, especially in the south of the country. The extensive forests of the Snežnik plateau and Kočevje, together with Trnovski gozd (Trnovo forest) are the areas that host the largest populations in the country. Other smaller populations are scattered around central and western Slovenia as well and reach as far north as the Alps. North-eastwards there are a few isolated populations even in the lowland Pannonian region of the country. This owl inhabits mostly mountain forests of beech Fagus sylvatica & silver fir Abies alba, although the lowland populations are known to inhabit oak-hornbeam stands (Quercus sp., Carpinus betulus).
Its main prey, the Edible Dormouse Glis glis, is directly linked to the beech forests as it is greatly dependent on beech mast availability. In years when beech forests produce a lot of mast, dormice thrive and so do the owls. But in some years, the production of mast can be so low that Ural Owls don't breed at all, because of the lack of food (rodents in general). Thus the numbers of Ural Owls fluctuate from year to year, depending on their ecological cycle. At the moment the Slovenian population is recovering after a catastrophic season we had a few years ago. 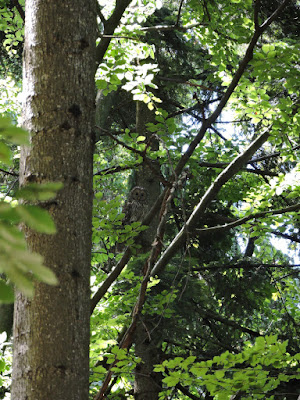 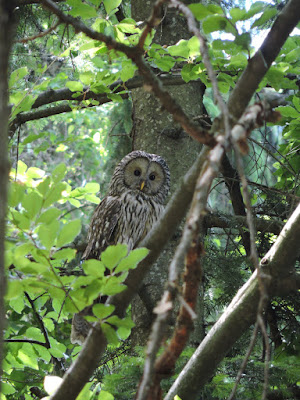 Other then on the owls, of course I've been also keeping an eye on the ground. The main addition to my "botany curriculum" was the beautiful Cephalanthera rubra, which I've never seen before and I've found in an area south of Ljubljana. The other two species of Cephalanthera (the white-flowered longifolia and damasonium) are common in Slovenia and frequently encountered in forests from late April to June. But the third representative of the genus is scarcer and absent from the areas I usually "work". So I needed extra efforts to find one (actually found at least 6 specimen). Below some images of this nice flower and a few other forest plants. 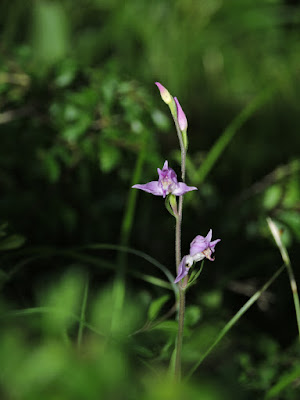 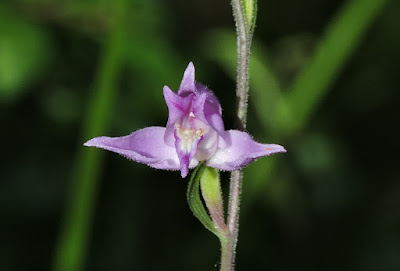 During my work I've been also checking Cerkniško jezero (Cerknica lake) quite frequently and enjoying its wet meadows full of flowers and birds. Worth to mention are: a singing Spotted Crake Porzana porzana (rare breeder at the lake), a male Montagu's Harrier Circus pygargus, 2 Common Rosefinches Carpodacus erythrinus, 1 Barred Warbler Sylvia nisoria, several Hobbies Falco subbuteo, Corncrake Crex crex (commonly heard; 2 seen), Quail Coturnix coturnix and 14 Cattle Egrets Bubulcus ibis (rare bird in Slovenia).
Yesterday I went to Bloška planota as well (some 20 min from the lake) and was very glad to find the tiny carnivorous Drosera anglica, among other interesting plants of bog habitat.
In general the wet meadows are now still full of colorful (and rare) plant species that I already featured in the previous post; below is just a quick selection of the latest. 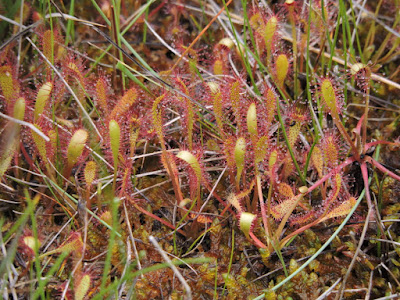 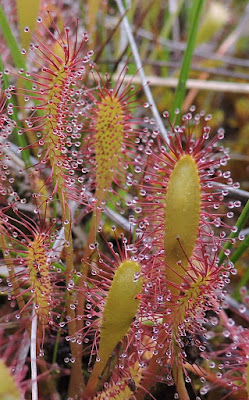 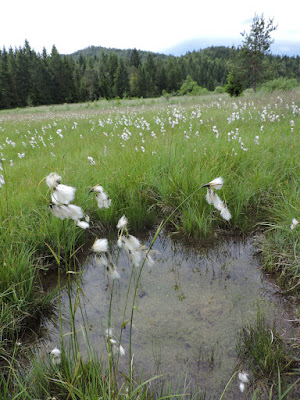 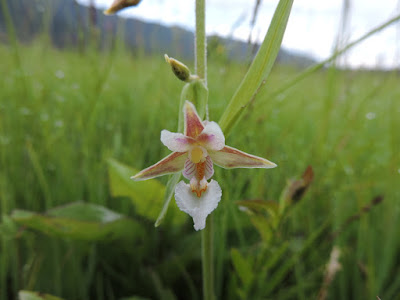