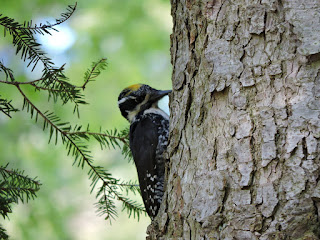 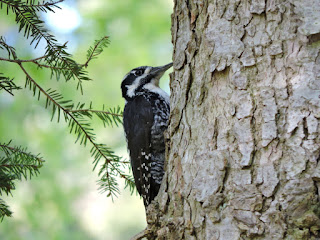 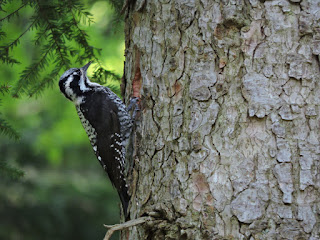 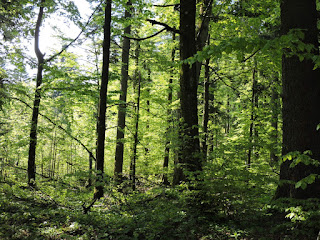 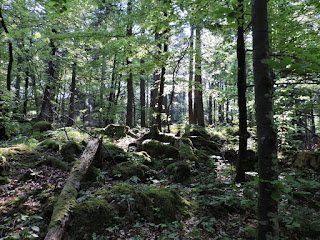 Last week I carried out the second round of the Three-toed Woodpecker census for DOPPS (BirdLife Slovenia). This census, like many others carried annually by DOPPS, is some sort of "health check" of Natura 2000's Special Protection Areas (SPA), involving monitoring of the qualifying species (species for which an SPA was designated) and other species of national conservation concern.
Three-toed Woodpecker Picoides tridactylus inhabits coniferous forests, with a good proportion of decaying (dead or dying) conifer trees, usually at higher altitudes (above 700-800 m a.s.l.). In Slovenia the population's stronghold is in the Dinaric mountains (Snežnik, Kočevje, Trnovski gozd) and in the Alps (Julian Alps and Pohorje).
My transect in the Javorniki mountains (part of Snežnik's forests) this time produced no less than 5 Three-toed Woodpeckers, whereas during the first census (10th April) I only had 2 (a pair). It was a very welcome surprise as I was already beginning to worry that the recent forestry works in that area might have ruined drastically the species' habitat. A serious problem for woodpeckers and other forest animals is the removal of dead and decaying trees from a forest. This practice is usually done with the aim of eradicating bark beetles which are considered a serious problem for the forest economy, because they affect and kill many trees. On the other side, these creatures are an important (integral) part of the forest ecosystem (food for woodpeckers!) and their numbers and fluctuations are regulated by nature. Forests can regulate without the help of humans - it's humans that depend on forests for exploitation!
That said, during the last census I was also very glad to find a very noisy and confiding pair of Three-toed Woodpeckers excavating a nest-hole on a Norway spruce Picea abies, some 4 metres above the ground. They didn't really bother my presence and allowed very close views: this video is the result.
The mountain forests at this time of year are full of life and the census was carried out with a very pleasant contour of forest birds like singing Cuckoos Cuculus canorus (up to 12!), Willow Tits Poecile montanus, Treecreepers Certhia familiaris, Firecrests Regulus ignicapillus, Chiffchaffs Phylloscopus collybita and so on. Surprising was a Hoopoe Upupa epops feeding on the ground on a forest road and a flock of Bee-eaters Merops apiaster on migration (my first this year).
Later in the day I had a quick check of Cerkniško jezero (Cerknica lake) and saw an immature White-tailed Eagle Haliaeetus albicilla perched on a pole by the lake. Also good was to see many Whinchats Saxicola rubetra holding territories (Cerknica lake is their breeding stronghold in Slovenia), a Wryneck Jynx torquilla in one of the villages and a Ferruginous Duck Aythya nyroca (a rare breeder of the lake).
Posted by Domen & Sara at 09:56 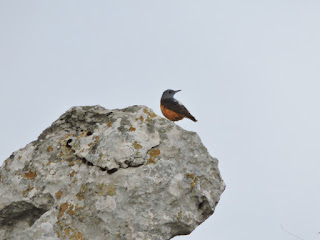 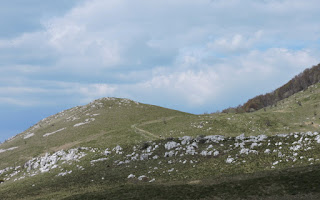 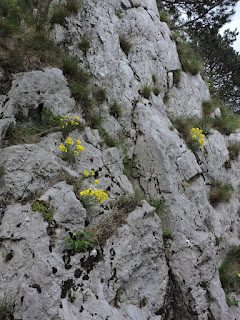 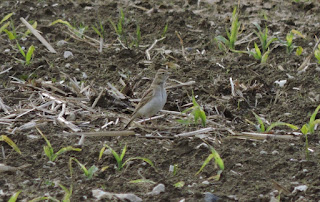 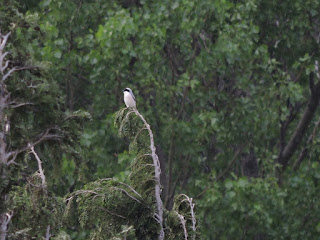 Later on the same day I visited some areas in the Vipava valley where I observed a pair of Short-toed Larks Calandrella brachydactyla on their breeding grounds. Although breeding has not been confirmed yet, one or two singing birds in two consecutive years indicate that. In the area there were also singing Crested Larks Galerida cristata and Skylarks Alauda arvensis and song comparison of the 3 larks was easy (I've actually never heard a Short-toed's song before). The territorial birds in the Vipava valley represent the only known (probable) breeding of Short-toed Lark in Slovenia in recent times (breeding reported in the 19th century).
Another species of national importance, living in the Vipava valley, is the Lesser Grey Shrike Lanius minor. The bird's stronghold in Slovenia (just a few pairs actually) is restricted to a small area of poplar trees in Vipava's rural countryside. I check the site every season and once again I was glad to see the birds returning - observed a nice male, delivering the parrot-like song from trees and posts.
Nearby, perched on a wire, was also a beautiful male Red-footed Falcon Falco vespertinus (I've seen a few on migration in the past days) and additional atmosphere was provided by singing Corn Buntings Miliaria calandra and Wrynecks Jynx torquilla.
Posted by Domen & Sara at 13:27