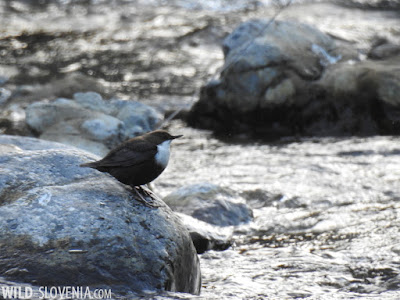 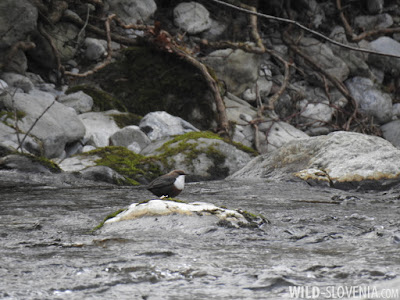 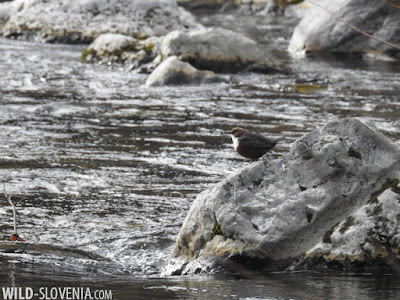 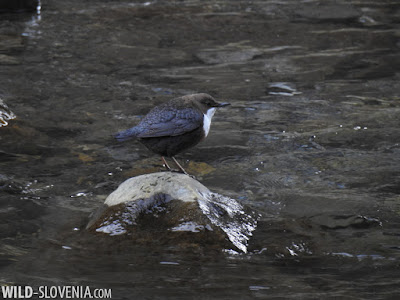 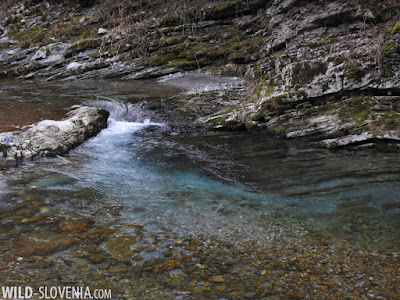 A rather short post in terms of photos (mostly phone-scoped), but nevertheless rich with interesting observations. In the past weekend we had the International Waterbird Census (IWC) in Slovenia, when most of the country's water bodies were censused by volunteers. We had several transects to cover, both on the sea coast and inland, as well as Škocjanski zatok Nature Reserve. The coast proved the most interesting - between Koper and Izola we counted 2 Black-throated Divers Gavia arctica, 4 Red-throated Divers Gavia stellata and 1 Red-breasted Merganser Mergus serrator, plus several Sandwich Terns Sterna sandvicensis and commoner waterbirds. It was a quite good total for Slovenian coastal standards. The same afternoon, family business took us to the other side of the gulf, on the sea shore near Miramare, just north of Trieste. There we were entertained by a fantastic pod of 4 Bottlenose Dolphins Tursiops truncatus, leaping out of the sea not far from land. Needless to say, we didn't have any camera with us.
The next day we censused two IWC transects on the river Reka near Ilirska Bistrica, but with very scarce results. We didn't even manage to find the expected Dipper Cinclus cinclus nor Kingfisher Alcedo atthis. However we were taken by surprise by a nice Woodcock Scolopax rusticola which flushed a few steps away from us and showed really brilliantly in flight. Two Great Grey Shrikes Lanius excubitor and 2 Bullfinches Pyrrhula pyrrhula were also of note. After the census we stopped at Podstenjšek, a karstic spring originating under a limestone cliffs near Ilirska Bistrica. We didn't find any Dippers here either, but we enjoyed in the beautiful stream with its characteristic pools (video above).
On Monday instead we had a guided trip on the coast and worked the Sečovlje salina (saltpans) in detail. There we saw a nice variety of common waterbirds, but also some goodies including 1 Slavonian Grebe Podiceps auritus and 3 Velvet Scoters Melanitta fusca on the sea, as well as a Little Owl Athene noctua, Black Woodpecker Dryocopus martius, Shelduck Tadorna tadorna and Pygmy Cormorant Phalacrocorax pygmeus in and around the saltpans. We rounded up the day listening to the song of a male Eagle Owl Bubo bubo on the Karst edge. 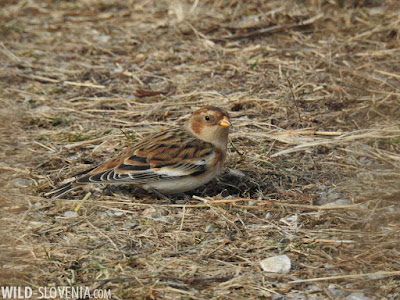 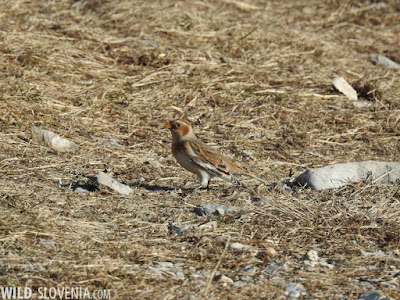 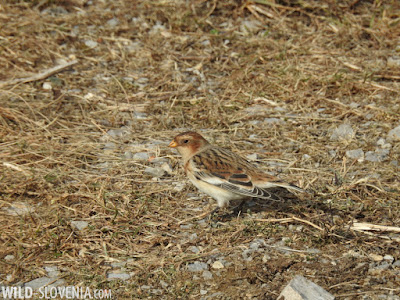 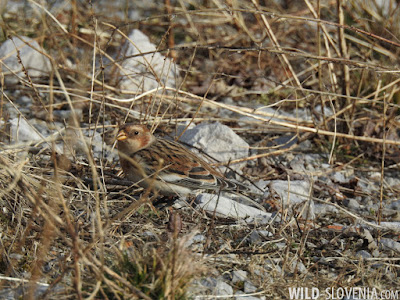 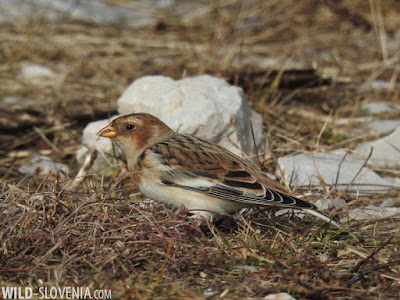 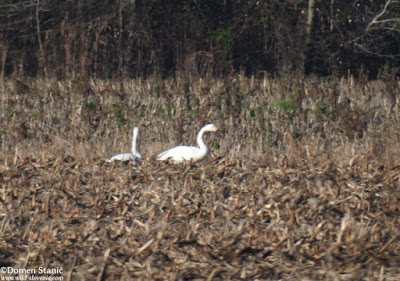 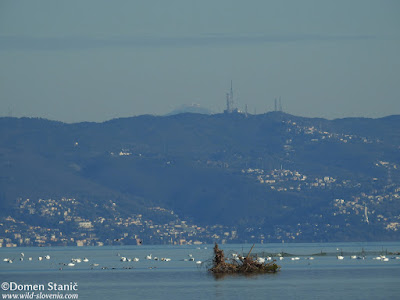 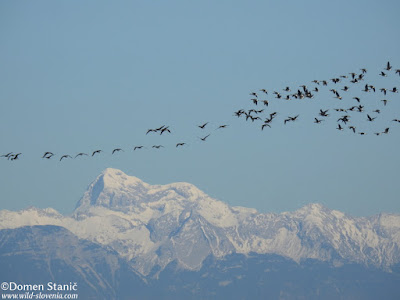 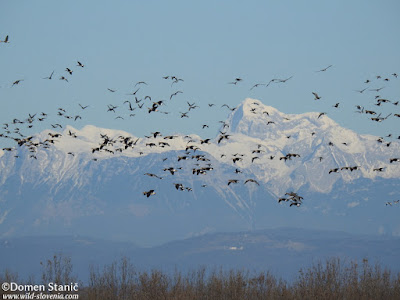 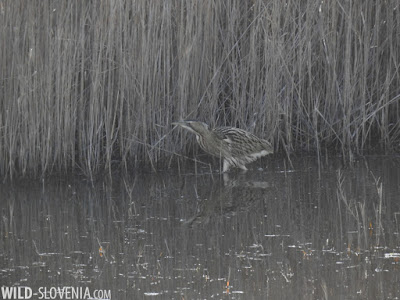