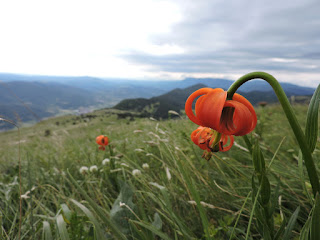 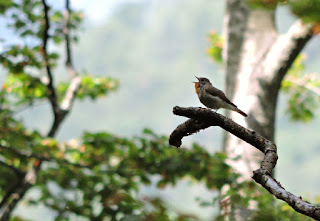 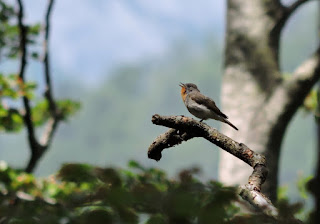 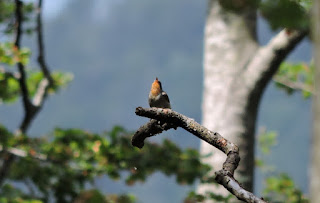 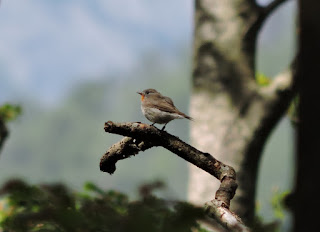 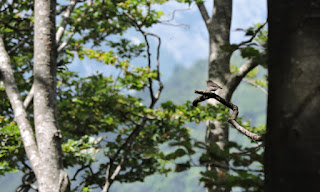 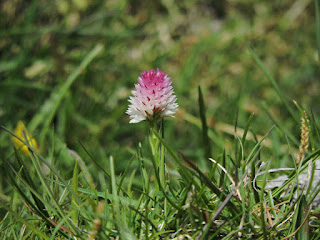 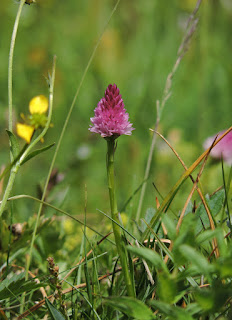 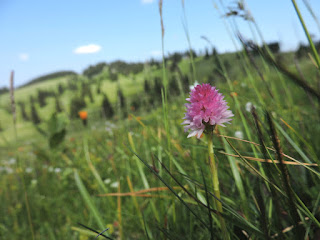 Mount Snežnik is (together with Trnovski gozd) one of the 3 most interesting botanical localities in Slovenia. This mountain has, similarly to Trnovski gozd, different biogeographical influences which can be readily recognised by looking at the flora. With 1796 m it is the highest non-alpine mountain in Slovenia. Thus some of the plants found there belong to the alpine floristic element and are at their south-easternmost edge of distribution. But in one little patch of ground, one can also find a mix of Balkanic, sub-Mediterranean, Illiric (Eastern Adriatic) and central European species of plants.
The most amazing species of the botanical trip I had on Saturday was Cypripedium calceolus (or Lady's-slipper orchid) which is actually not one of the true specialties of Snežnik. However it is an overall rare plant in Slovenia (also endangered and Natura 2000 species), found mostly in the northern part of the country, in the Alps. In the south it is very rare and I saw it in one of the two known localities for mount Snežnik. Only 7 specimens were in flower. Below a selection of pics of this beautiful plant and of the other most interesting species we had. 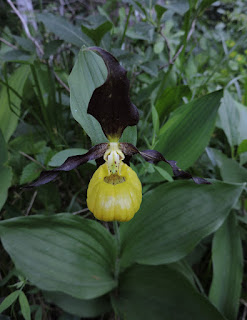 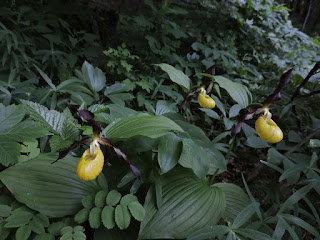 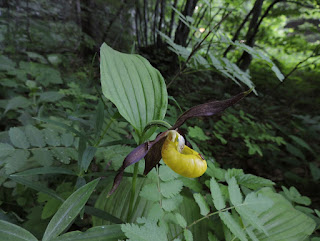 More about wildflowers on Snežnik in this post from July 2014.

During last week I also had a short afternoon visit to Cerkniško jezero and Planinsko polje. It was good both on the birding and botanical front. During a walk through wet meadows I had 4-5 singing COMMON ROSEFINCHES Carpodacus erythrinus and a BLACK STORK Ciconia nigra landed in a meadow nearby. I also had typical birds of Cerkniško jezero like Whinchat Saxicola rubetra, Quail Coturnix coturnix and Sedge Warbler Acrocephalus schoenobaenus, while on Planinsko polje I was greeted by 3 singing CORNCRAKES Crex crex and several Barred Warblers Sylvia nisoria