Spring migrants on the Karst

Spent the past two days strolling around on the Karst in search of migrants. The weather has been quite variable, with regular rain showers as well as sprouts of sun. Yesterday was "harrier day" at the airfield of Divača and nearby areas. At least 5 ringtails were around. I could only identify 3 MONTAGU'S HARRIER (including a transitional male) and a Hen Harrier for sure. Two female Marsh Harriers were also on passage. Other highlights yesterday included a showy Hoopoe, Wheatear (3), Stonechat (2), Whinchat (4), Cuckoo (2), Common Whitethroat (4), Tawny Pipit (3) and Corn Bunting.
Today I checked Campo Carri in the hope of finding a Woodchat Shrike (it's the perfect date), but the situation was not very lively with migrants. And the weather was quite unstable with rain showers coming and going. However I heard my first Golden Oriole of the year, saw the first Red-backed Shrike (female), a few Wheatears, 1 Whinchat, 3 Tawny Pipits and 1 Wood Warbler. Raptors included a distant male Goshawk and a nice SHORT-TOED EAGLE watched hovering over the hilly karstic countryside for most of my stay.
A final stop at the cliffs of Mt.Grisa produced a singing male SUBALPINE WARBLER in the bushes by the road. Another nice year's first to round up the day.
Posted by Domen & Sara at 10:27 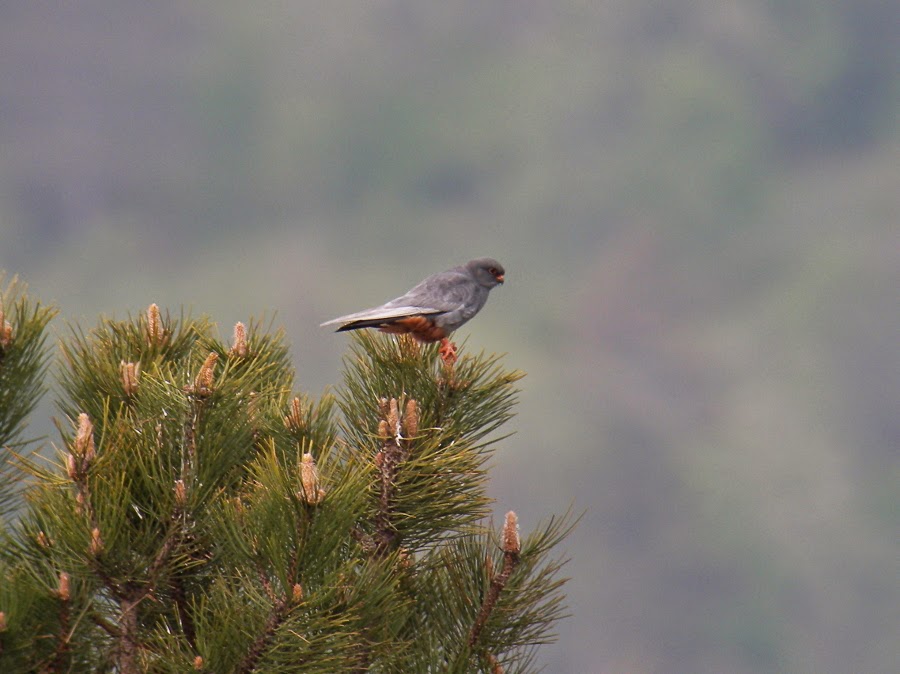 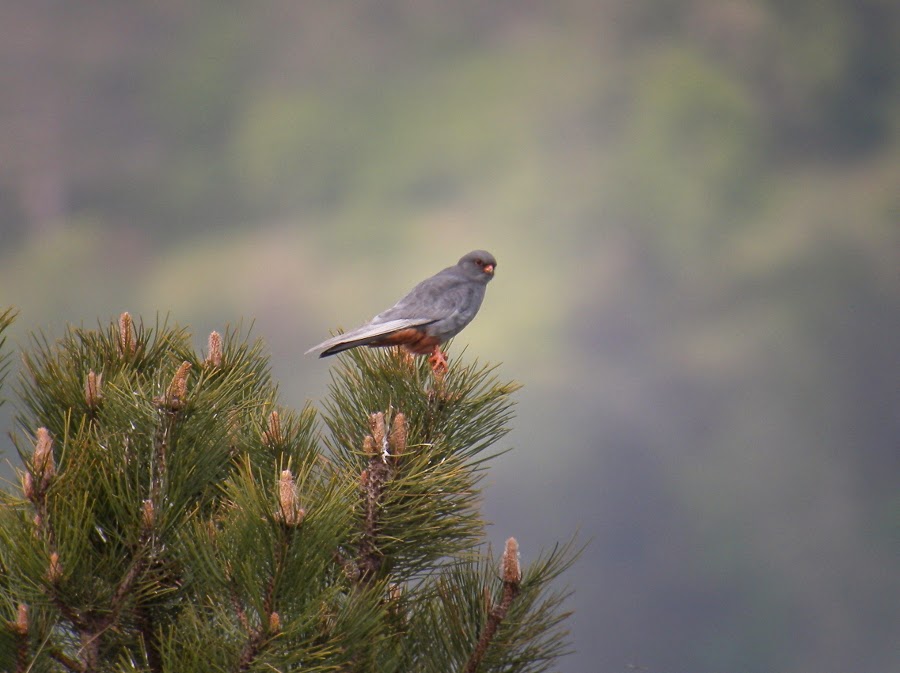 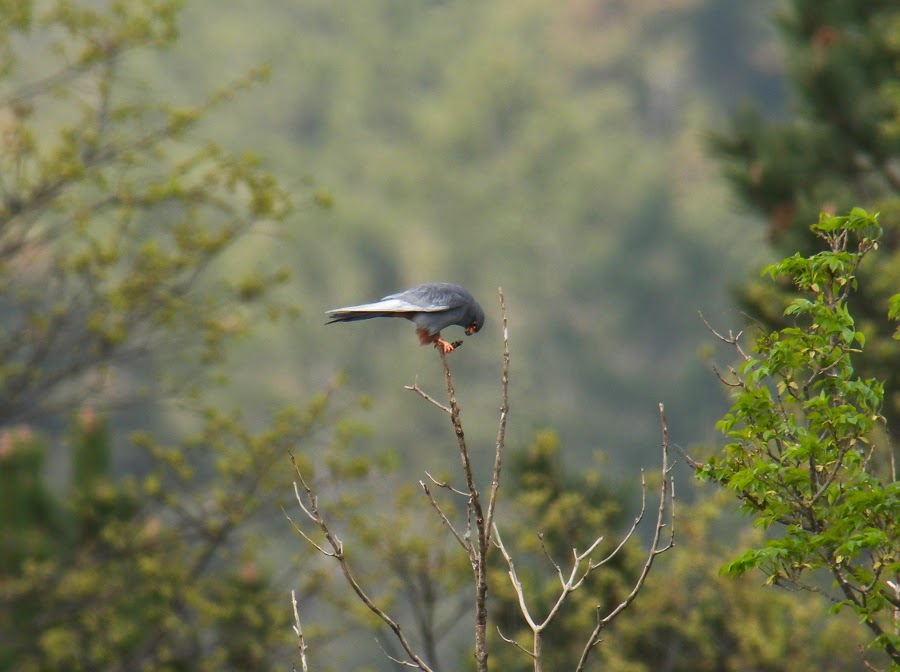 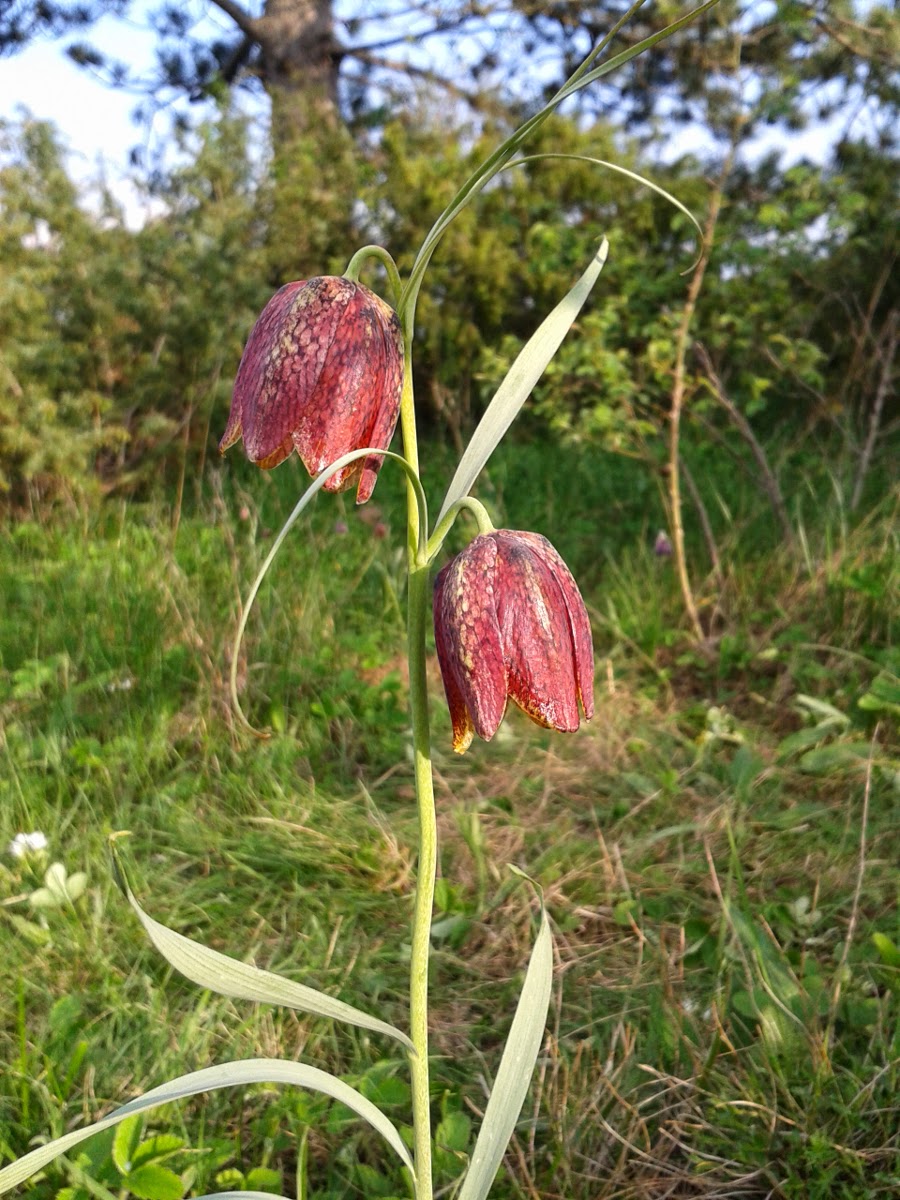 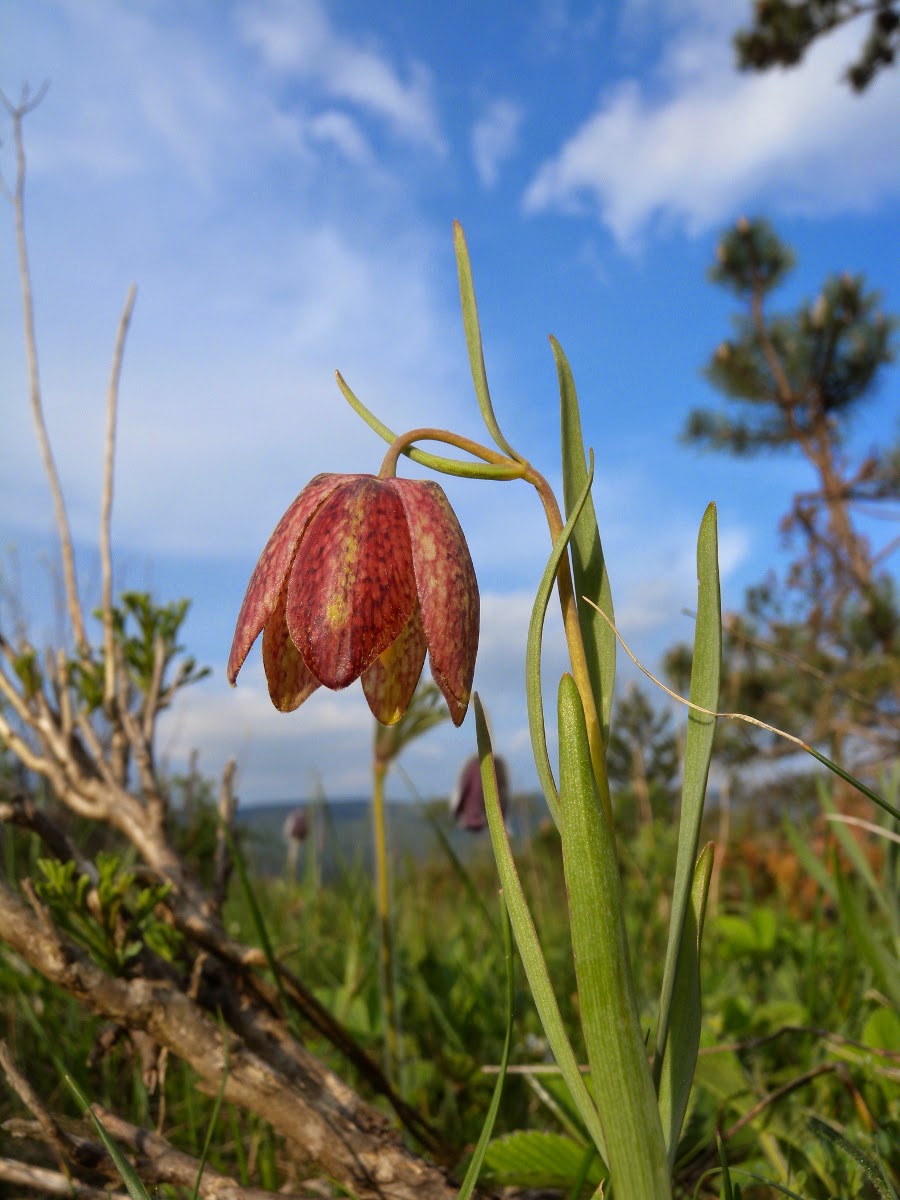 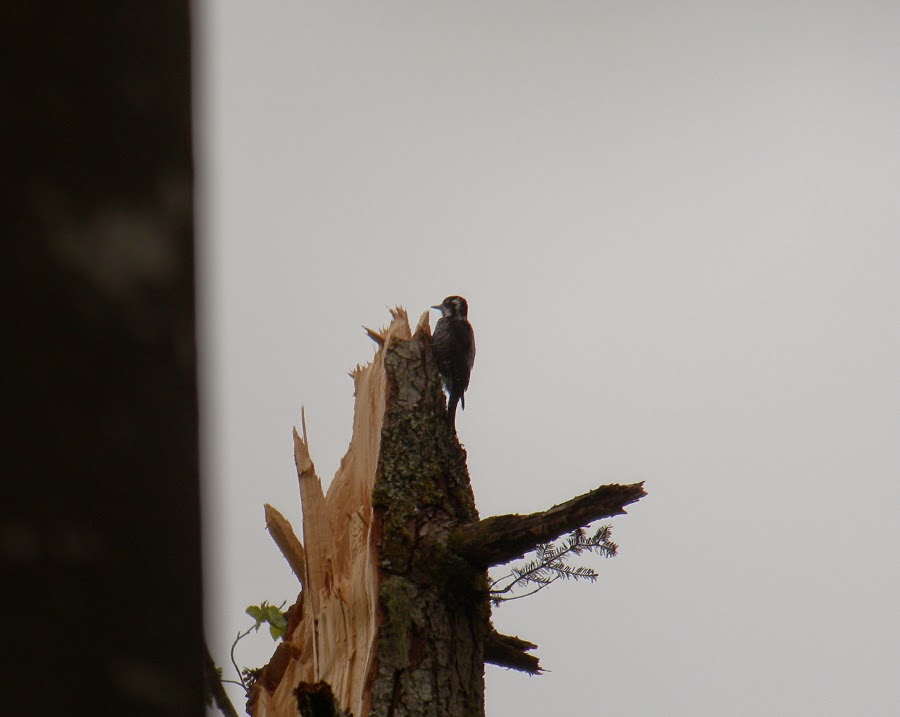 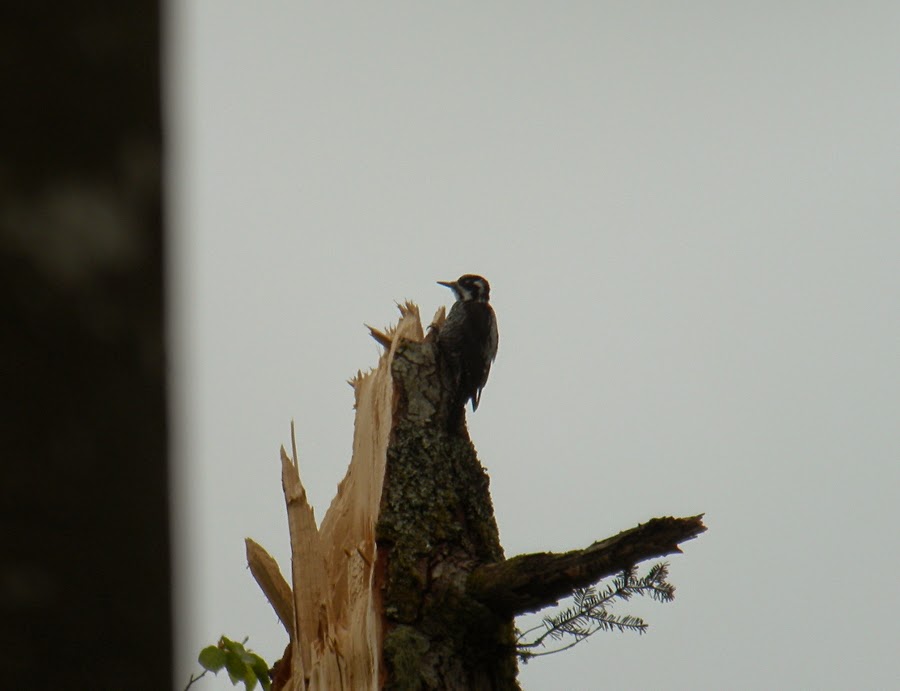 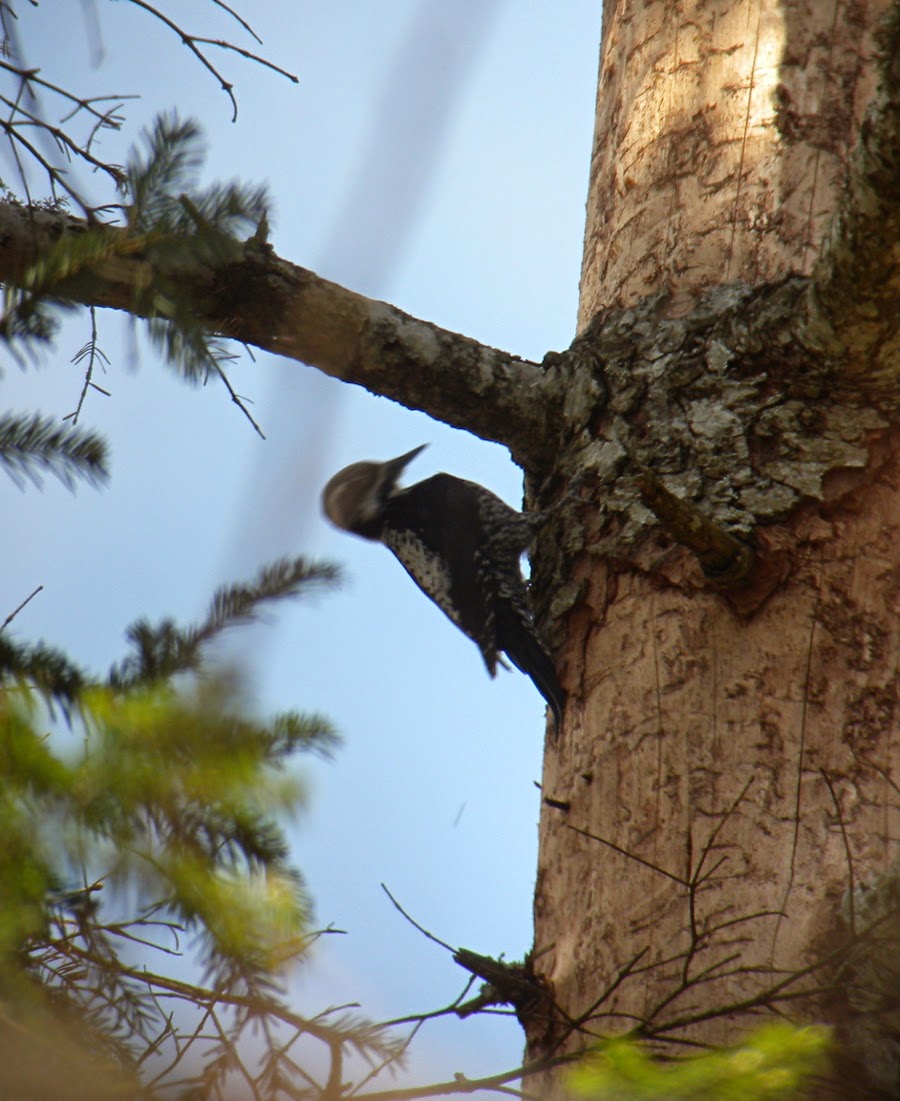 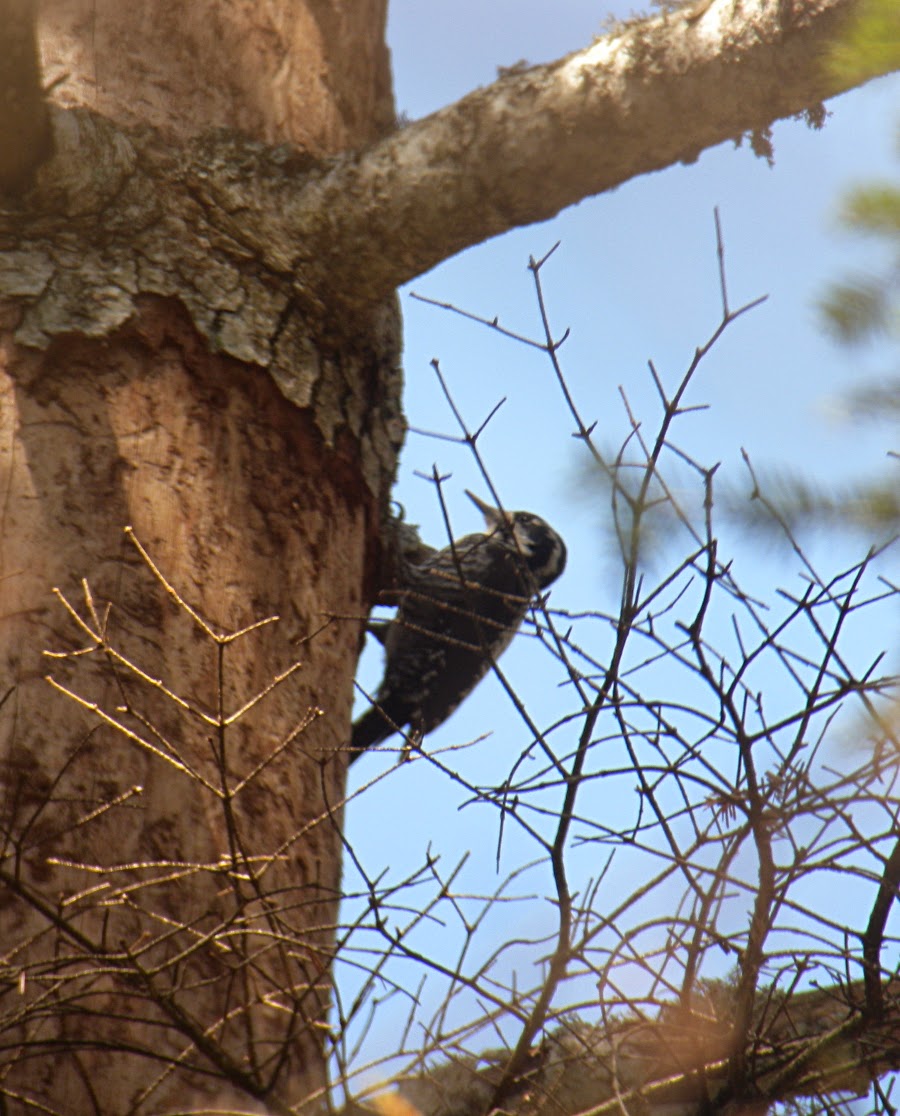 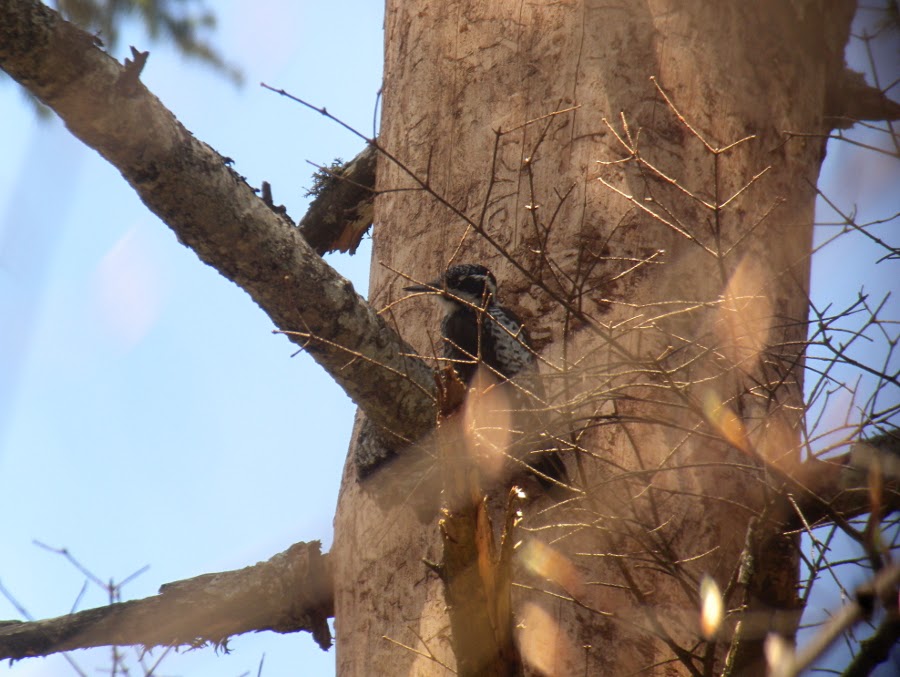 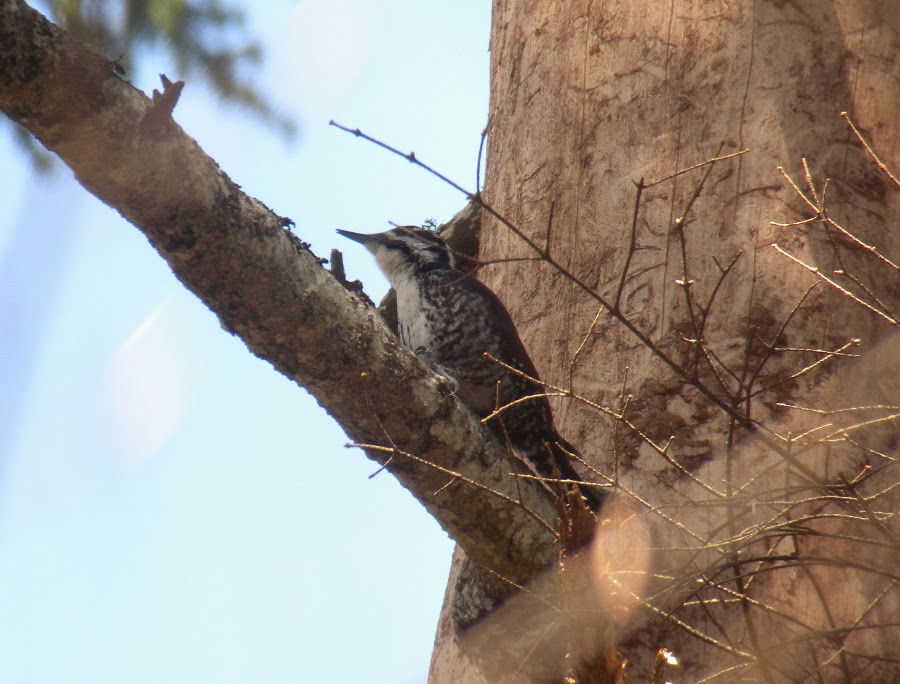 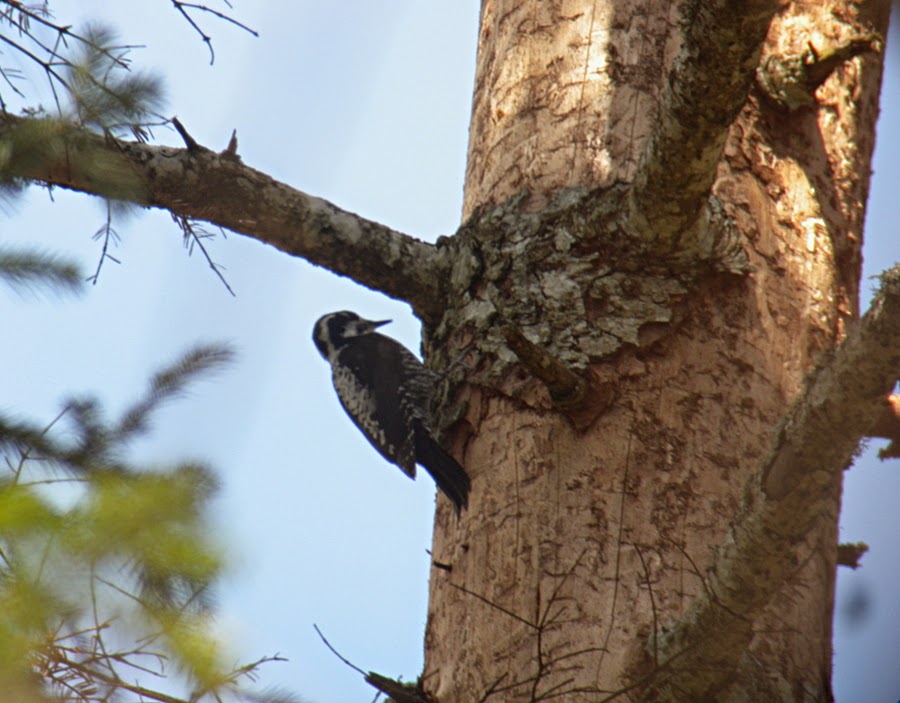 
New spring migrants are on the way. Today (and partly yesterday) at Škocjanski zatok NR I had some year's firsts in the form of Sand Martin (about 40 today), 2 Purple Herons, 1 Squacco Heron, several Little Ringed Plovers and 2 singing Great Reed Warblers. However the major highlight today was a BLACK KITE flying over the freshwater marsh. In general there was a good movement of birds. Together with the Sand Martins, there were lots of Swallows and a few House Martins, as well as Common Swifts (+20) and a single Alpine Swift (yesterday). Ten flava Yellow Wagtails and a male Whinchat were good to see on the grazing marsh. Other birds, already recorded in the previous visits included things like Little Gull (2), Lapwing, Wood Sandpiper, Ruff (+25), Black-winged Stilt, Black-tailed Godwit, Common Sandpiper, Marsh Sandpiper (1 in the lagoon), Redshank, Common Tern (10) and Marsh Harrier (1 f).

On Sunday I had a small guided trip to the karstic lake of Doberdob which was quite unproductive in terms of migrants and/or waterbirds. However we managed to see an adult Night Heron, a few Common and Alpine Swifts, heard a Water Rail, Lesser Spotted Woodpecker, a distant Cuckoo and a load of Nightingales. In the early afternoon I saw my first two SHORT-TOED EAGLES of the season (soaring together), which were quite cool to see again.
Posted by Domen & Sara at 10:24 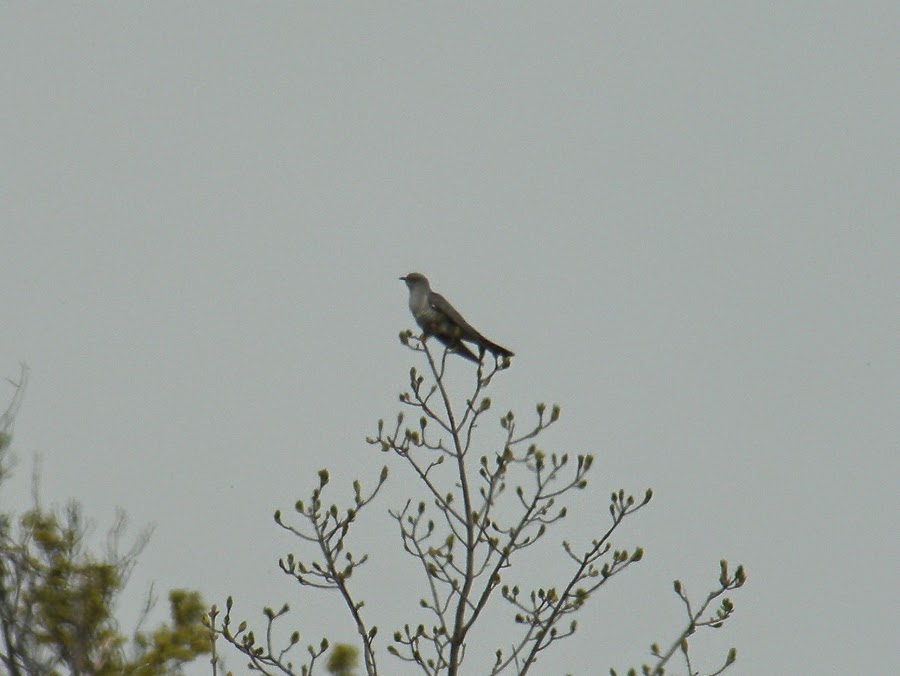 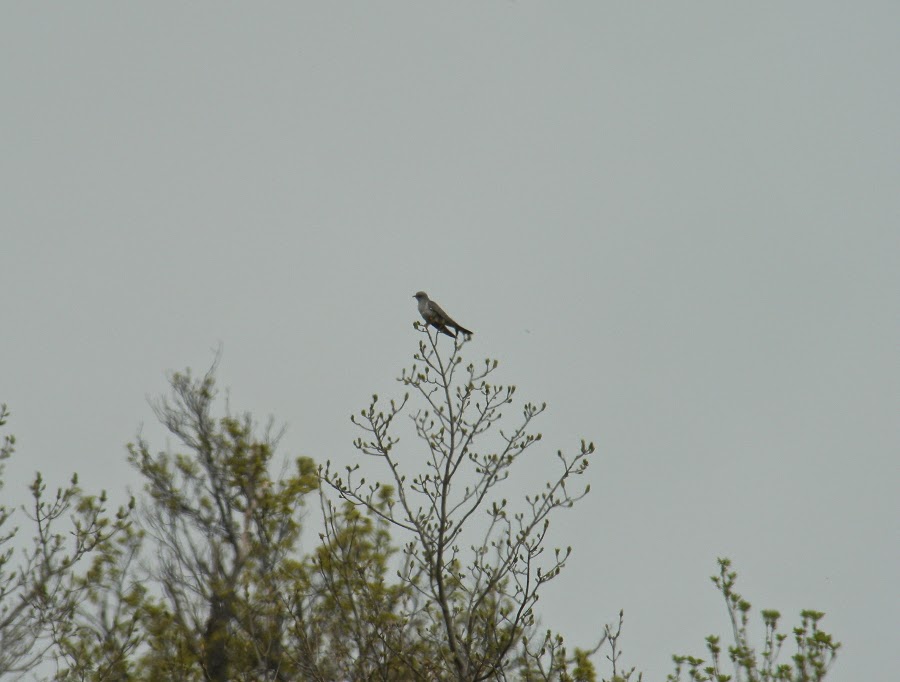 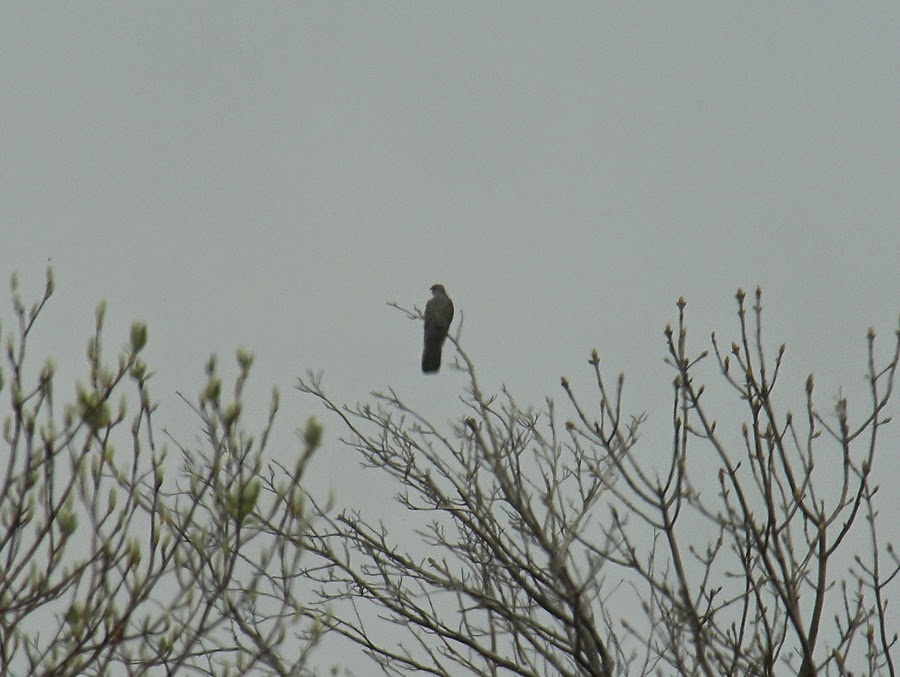 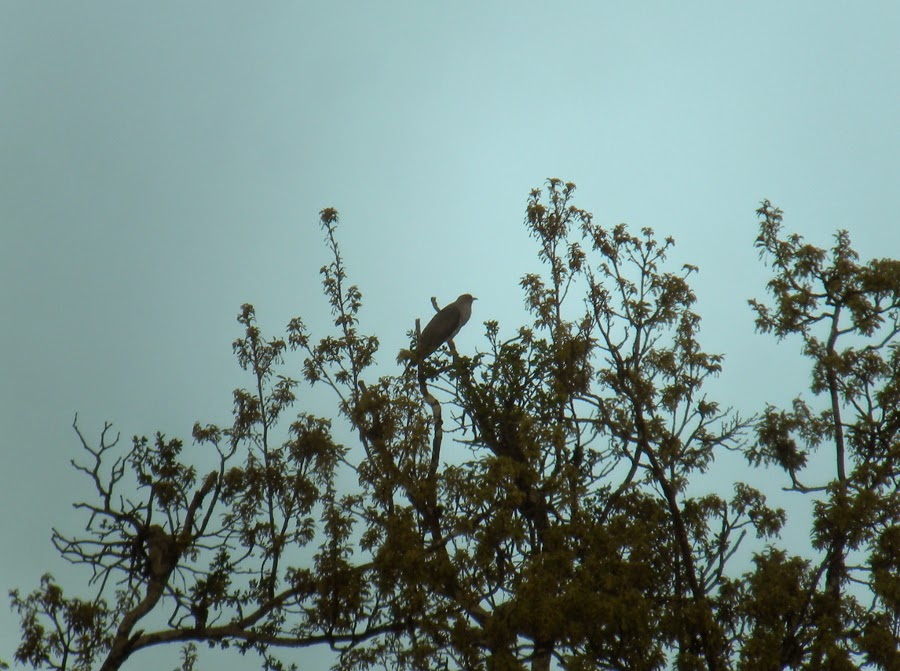