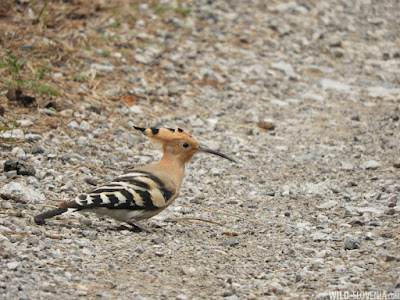 April can be really unpredictable in terms of weather. The cold front that hit Slovenia last weekend (9-10 April) brought snow not only to the mountains, but also to some areas in the lowlands. Most of the Karst was spared, however the Notranjska region woke up covered with snow on the sunny morning of the 10th. So we took the chance to go looking for some migrants at lake Cerknica (Cerkniško jezero), hoping for some interesting birds in a scenic and unusual April landscape. Although there was about 5 cm of fresh snow on the ground, birds were singing everywhere and the warm sun helped to feel like in real spring.

In the snow-covered fields around the lake there were lots of Skylarks Alauda arvensis, clearly on migration as we counted up to 70 birds in loose flocks. Only some of them were singing. Among other migrants were Hoopoe Upupa epops, Wheatear Oenanthe oenanthe, Yellow Wagtail Motacilla flava, Kestrel Falco tinnunculus, Marsh Harrier Circus aeruginosus, Swallow Hirundo rustica, Sand Martin Riparia riparia, Cuckoo Cuculus canorus, Ruff Calidris pugnax, Curlew Numenius arquata and Lapwing Vanellus vanellus. A late flock of 7 Cranes Grus grus was still lingering on the lake and frequently observed feeding in the wet meadows. In the afternoon we also spotted a pair of Ring Ouzels Turdus torquatus, which is always a nice find, especially on migration. Friends birding the lake also reported a male Pallid Harrier Circus macrourus (good passage across Slovenia in the first week of April) and a Red-rumped Swallow Cecropis daurica (rarity inland). 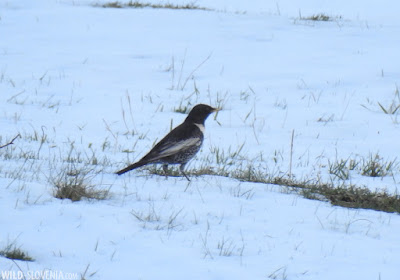 Among the birds breeding in the area of the lake were several White Storks Ciconia ciconia that have returned to their traditional nests in the villages, while Fieldfares Turdus pilaris were feeding in the orchards (localised breeder in Slovenia). An immature White-tailed Eagle Haliaeetus albicilla passed above our heads briefly, while much more exciting was the find of a breeding-plumaged Red-necked Grebe Podiceps grisegena, a very rare breeder in Slovenia, known to nest only at lake Cerknica. Commoner were pairs of Great Crested Grebes Podiceps cristatus and Greylag Geese Anser anser. From the nearby forest we also heard the distinctive call of a Short-toed Eagle Circaetus gallicus, another rare breeder at the lake. 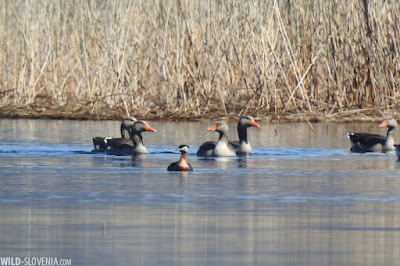 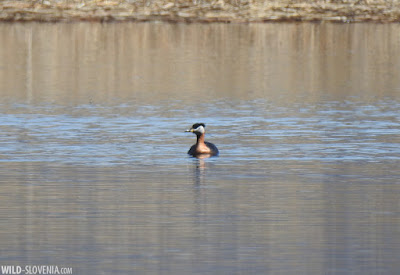 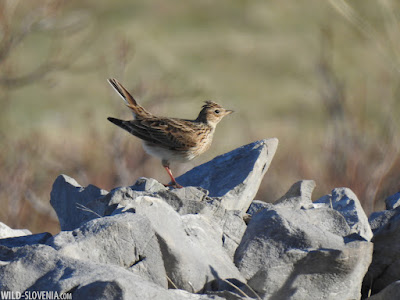 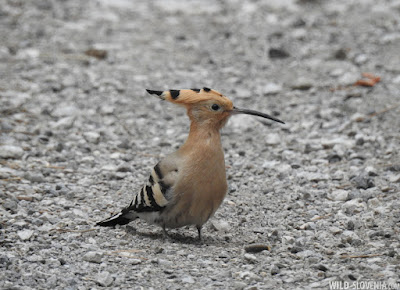 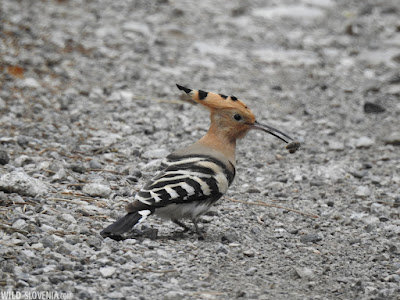 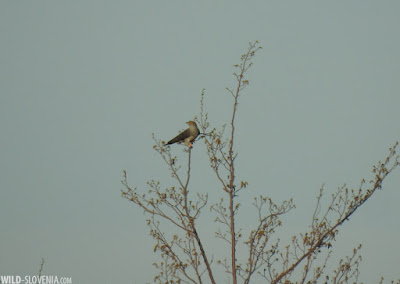 The true botanical spectacle is yet to grace the dry limestone grasslands (in May and June), however some of the first interesting flowers are already out. One of the earliest species to bloom in this habitat is the rare Narrow-leaved Fritillary Fritillaria orientalis, a plant that we are lucky enough to have blooming every year in the open woodland just behind our house. However the best specimen are those found in good numbers in the open grasslands, like the one in the photos below. In contrast with the wet-loving Snake's-head Fritillary Fritillaria meleagris, this really is a plant of dry, rocky grasslands. 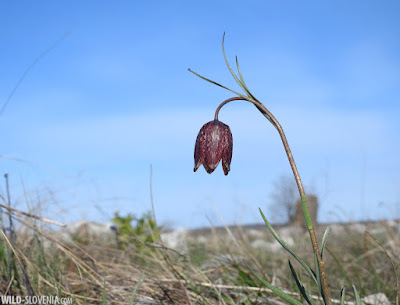 Recently we also finished with the last transects of the Middle Spotted Woodpecker's census. The main highlight during the last count was a Ural Owl Strix uralensis gliding in front of the car when we were driving on a forest road. It's been a while since our last proper Ural Owl, so this encounter was very much enjoyed. Given the shortage of food in the forest (after last year's "rodent year"), our local pair/s will probably not breed in the Karst this year. Also nice was finding several woodpecker species building/checking their nests, including a smart Black Woodpecker Dryocopus martius, seen and photographed from the car. Needless to say, the song of returning Cuckoos Cuculus canorus has been pleasing us during our recent visits to forests across the Karst. 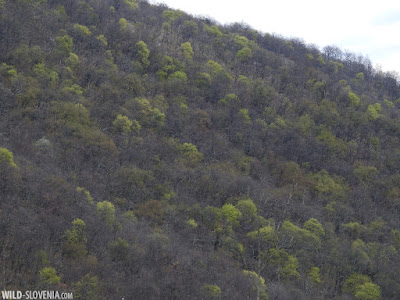 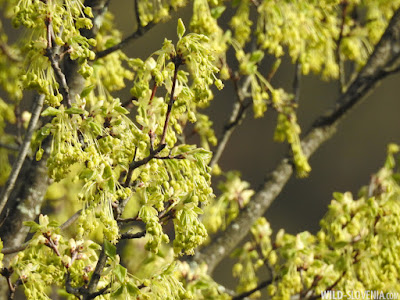 In the recent weeks it has been very lively also at Škocjanski zatok NR, especially in terms of new spring migrants, including the first Pallid Harrier Circus macrourus for the reserve. It would be too long to list all the others here, so make sure you check the reserve's FB page & website for regular updates & fresh pics from the field.
Posted by Domen & Sara at 21:04