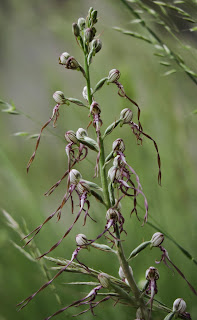 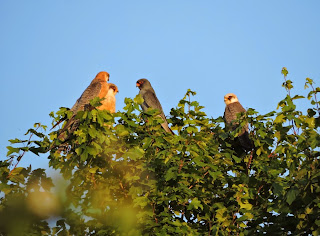 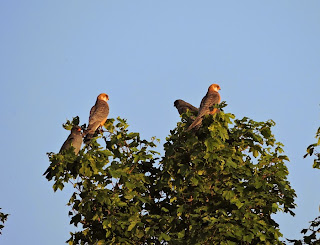 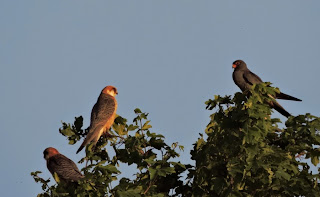 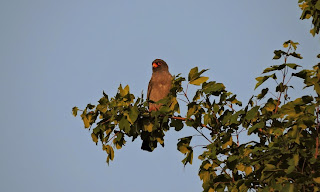 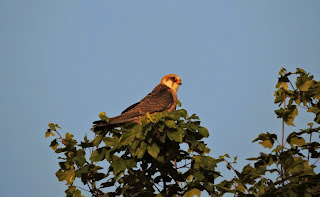 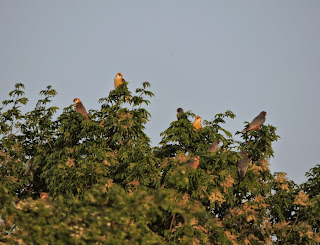 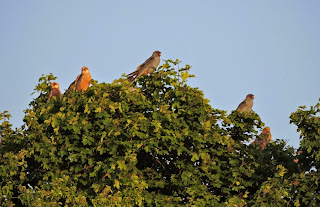 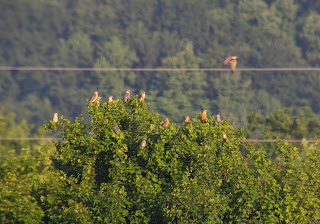 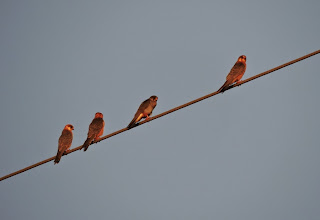 In the past week Slovenia has witnessed an invasion of RED-FOOTED FALCONS Falco vespertinus. Large flocks from 100 up to 400 individuals were reported at single localities around the country. The usual, well-known stop-over sites for the species like Ljubljansko barje (Ljubljana marsh) and Cerkniško jezero were of course the main areas of aggregation. In the Friuli lowlands of nearby Italy good numbers of birds were reported, but in smaller flocks than in Slovenia.
Yesterday I got my dose of Red-footed Falcons, paying a visit to a know stop-over site on the Slovenian Karst. Here every May I regularly see small flocks of 5-10 birds. But this year is exceptional: I counted at least 80 birds in different flocks, but at times it was difficult to count them. My estimate is of at least 100 birds. Both sexes were represented, although females seemed more numerous. I don't remember seeing Red-footed Falcons so well and close (not even in the colonies in Hungary!). A large part of the flock was frequently perched on some low trees, allowing great views from the car, down to 15 metres (above).
Meanwhile some Barred Warblers Sylvia nisoria were holding territories in the nearby bushes. I counted 3-4 of them and managed to see a male. Lots of other commoner birds around, including: Hoopoe Upupa epops, Quail Coturnix coturnix, Common Whitethroat Sylvia communis, Cuckoo Cuculus canorus, Grey-headed Woodpecker Picus canus, Lesser Spotted Woodpecker Dendrocopos minor, Wood Warbler Phylloscopus sibilatrix, Golden Oriole Oriolus oriolus and tons of Red-backed Shrikes Lanius collurio and Corn Buntings Miliaria calandra. In the past days I've also seen the first returning Honey Buzzards Pernis apivorus on the Karst.