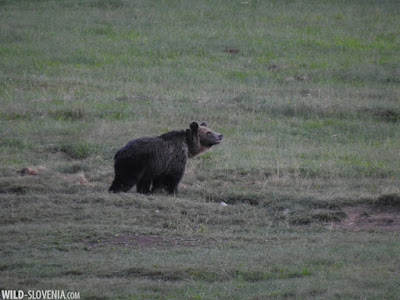 In late summer the call of the Dinaric forests becomes irresistible and it is not unusual that we find ourselves on the Snežnik plateau on a weekly basis, or even more often so! This time Domen took Paul & Davide on a trip to the extensive and well preserved forests on the plateau's interior (check Paul's tweets for more "live from the field" action). The aim was to explore new areas of almost-primeval forest and to see some of the typical wildlife inhabiting these mountains. Among birds the most prominent species were again migrants, the commonest being Wood Warblers Phylloscopus sibilatrix (heard/seen tens of them), followed by Pied Ficedula hypoleuca and Spotted Flycatchers Muscicapa striata, while overhead were flocks of migrating House Martins Delichon urbicum and a few Honey Buzzards Pernis apivorus. Of the resident birds the most interesting were a couple of Ural Owls Strix uralensis found along the way, including a pair showing in a conifer stand, but not well enough for photography. Woodpeckers (Three-toed & White-back), the main targets of the trip, this time where nowhere to be found, also probably because of the wind, making locating birds difficult. Nevertheless we enjoyed thoroughfully in the sight of some really nice natural-looking forests. 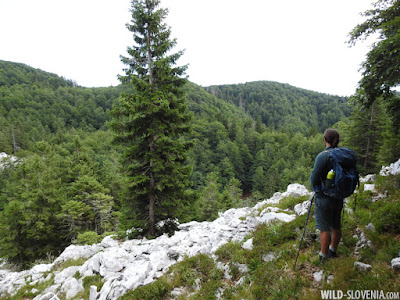 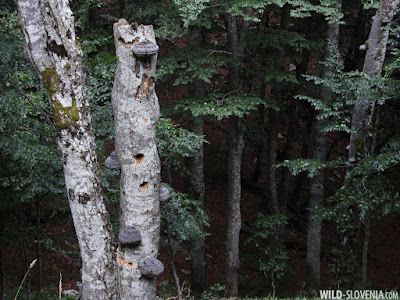 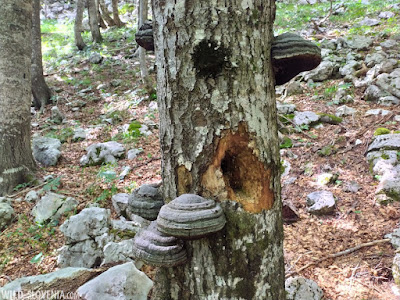 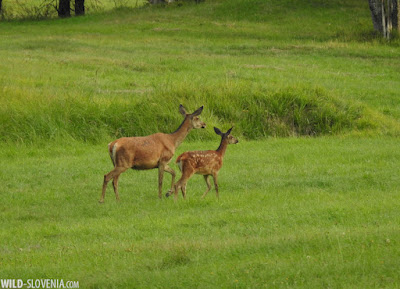 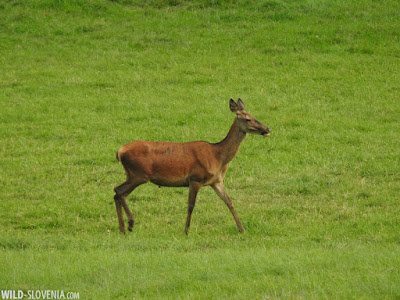 Given the abundant signs of the presence of Brown Bears Ursus arctos, we decided it was good to try our luck on a "bear hunt", staying out for the night and making the most of the twilight hours, the time when large mammals are most active. Sat quietly waiting for the sunset at the edge of the forest, we were very soon treated to the exciting apparition of a male bear, walking in full view about 250 metres away from us. The bear didn't linger much and moved on decisively into the forest, in the opposite direction from where it came. Only about 25 minutes later, a second bear, this time a young female arrived on the meadow galloping, then came to a halt, sat down for a moment, scratched a bit and continued her way. Despite both bears making only a quick appearence, we had some of the best views of these majestic animals so far, still in good light and well before twilight. What an excellent way to round up an amazing day spent in the forest! 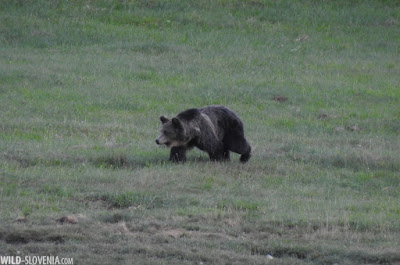 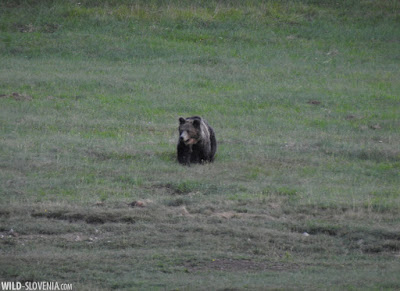 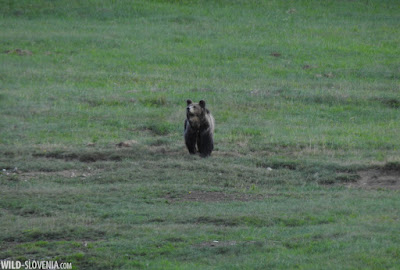 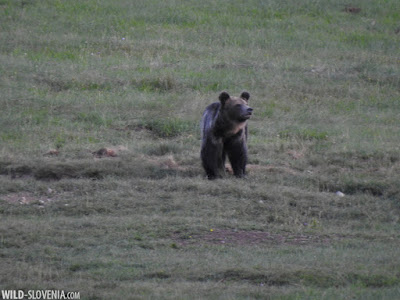 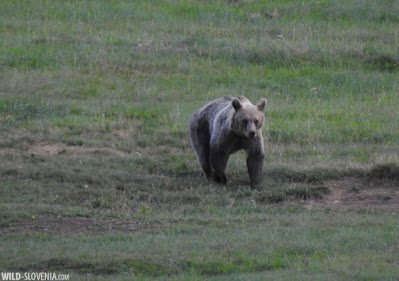 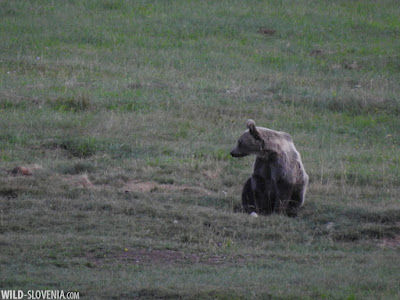 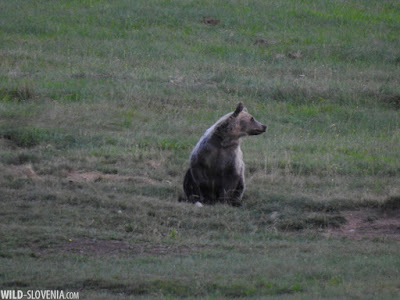 Paul has managed to record this short video of the two bears.
Posted by Domen & Sara at 12:59

Summer escape to the forest 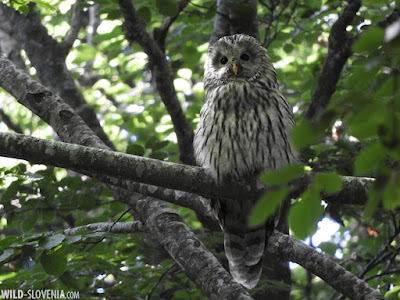 Although we live in the warmer, sub-Mediterranean part of Slovenia, the Karst still has a quite cool climate compared to the coast. Summer evenings and nights are therefore always fresh and enjoyable. However, last week's heat wave (+ 32 degrees C) was simply too much and we therefore decided to retreat to the Dinaric mountains for a couple of days. The Alps are also a strong draw at this time of year, but August is the peak tourist season and mountain paths (as well as huts) can be absurdly crowded. So the escape to the mountain forests of mount Snežnik seemed more appropriate. Indeed, during our two days in the wild, we barely encountered a human being - how lovely! We visited some nice patches of older, unmanaged forest, mostly exploring new areas, but also hoping to see some wildlife of course. Despite the altitude (1200-1500 metres a.s.l.), temperatures were rather high here too, but the wildlife didn't seem to notice that. The forest life was very active for this time of year and both birds and mammals gave us good entertainment.

First day we walked through a wild area of predominantly beech forest, with lots of dead wood and interesting fungi. Here we spotted a family of White-backed Woodpeckers Dendrocopos leucotos ssp. lilfordi (3 individuals) as soon as we entered an unmanaged part of the forest and then we observed a group of Red Deer Cervus elaphus stags with beautiful antlers, freshly "cleaned" from velvet. Some small patches of mountain meadows (old abandoned pastures) hosted interesting representatives of Snežnik's flora, including the typically Dinaric Campion-leaved Scabious Scabiosa silenifolia, as well as alpine species like Edelweiss Leontopodium alpinum. On the other side, most of the other plants in flower at the moment are the typical harbingers of autumn. Icing on the cake was a stunning male Honey Buzzard Pernis apivorus showing nicely at the side of a forest road. 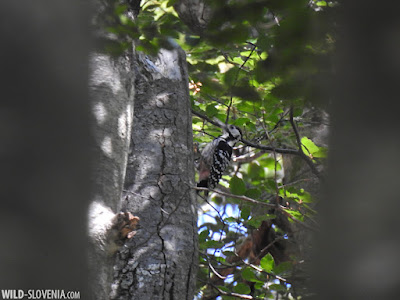 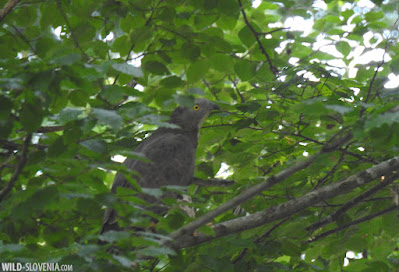 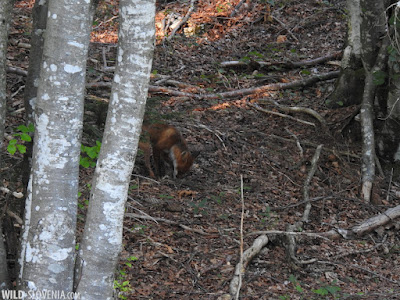 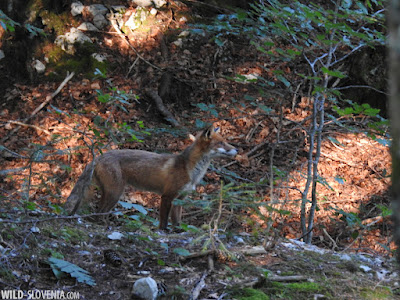 The next morning we visited an area of mixed forest with some old conifer stands, where we came across a hooting Ural Owl Strix uralensis and several other common forest birds. We searched for Three-toed Woodpecker Picoides tridactylus, but with no success. However, walking a steep rocky forest slope we "flushed" a Brown Bear Ursus arctos that we actually only heard grunting and running away, around 50 metres away from us. The forest was also alive with the calls and flitting movements of summer migrants on their way back to Africa: Pied Flycatchers Ficedula hypoleuca, Wood Warblers Phylloscopus sibilatrix and Spotted Flycatchers Muscicapa striata, while large clouds of House Martins Delichon urbicum and Swifts Apus apus were circling overhead. All in all an excellent couple of days in the forest! 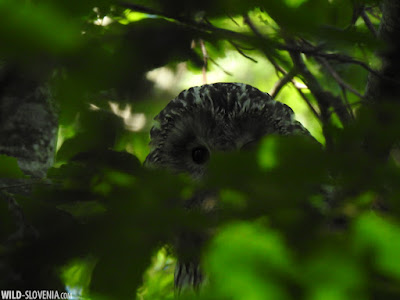 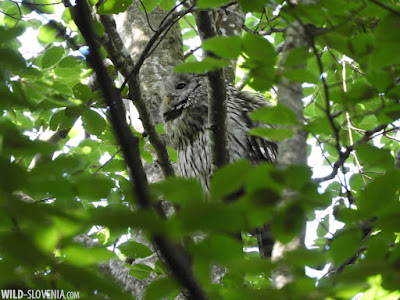 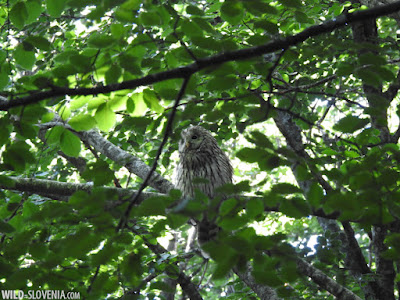 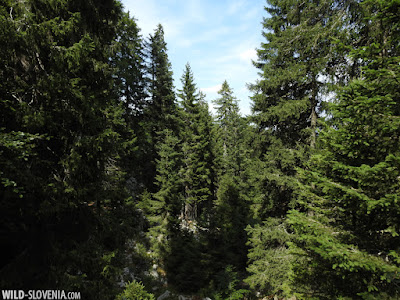 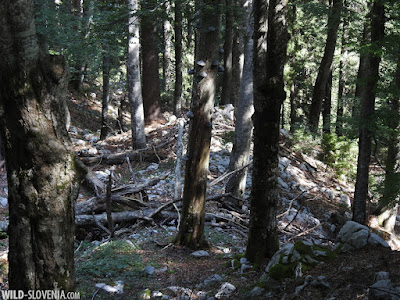