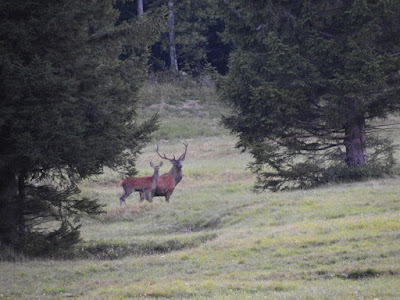 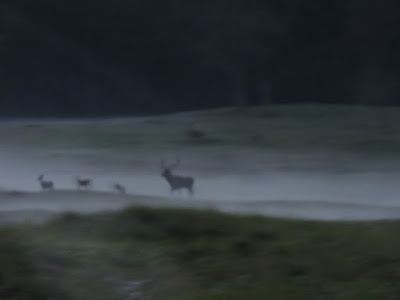 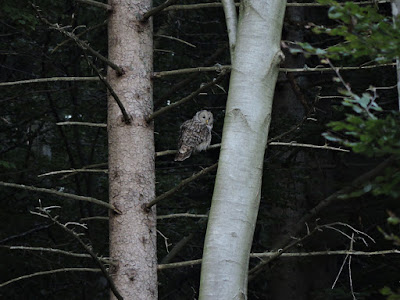 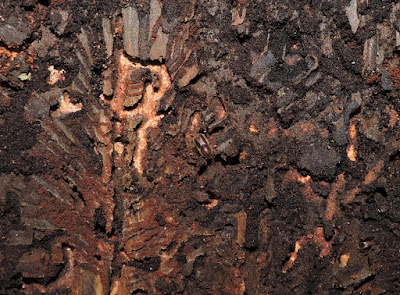 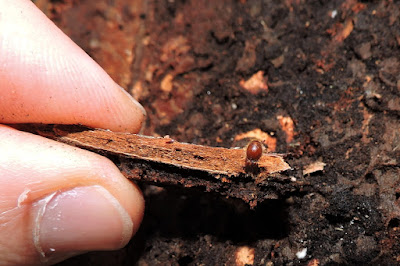 Recently I've spent some time in various forests not far from the Karst. Yesterday evening was particularly interesting - I had up to 4 Ural Owls Strix uralensis on a forest track somewhere between the Karst and the Notranjska region. Two were showing close by (pic above), but I had not enough light for proper pics. Red Deer Cervus elaphus rutting season has now begun, so several stags were heard too, along with a Tawny Owl Strix aluco and the quintessential "chorus" of squeaking Edible Dormice Glis glis (a very good year for them!). In the afternoon I also investigated a small stand of conifers infected by the bark beetle Ips typographus and spent quite some time before spotting the tiny beetles, carved into the bark (more here). Overhead, on the dying spruces 4 Black Woodpeckers Dryocopus martius were exploiting the food abundance by hammering at the bark.
A Short-toed Eagle Circaetus gallicus was a nice bonus on the road to the forest. It was hunting on an area of open grassland, close to where a breeding pair is known to be present.
On a recent evening trip to Trnovski gozd (Trnovo forest) I enjoyed dusk by a forest glade with a singing Ural Owl Strix uralensis, 1 Tengmalm's Owl Aegolius funereus and a Nutckracker Nucifraga caryocatactes.
Posted by Domen & Sara at 13:28 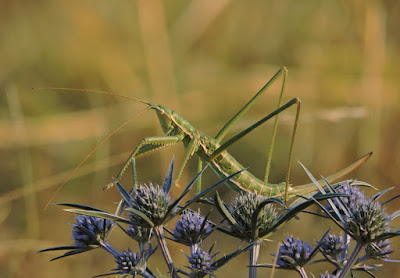 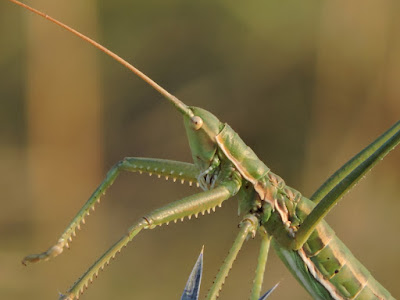 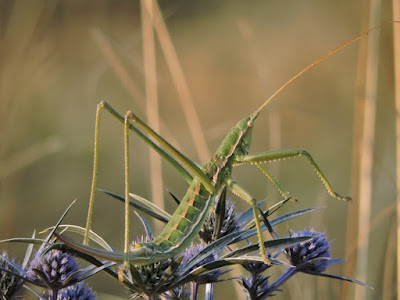 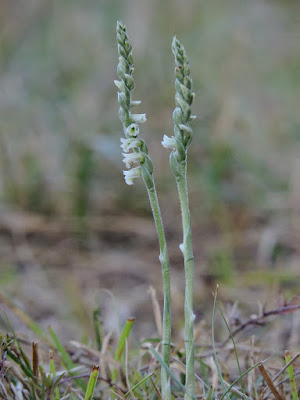