Late summer in the Dinaric forests 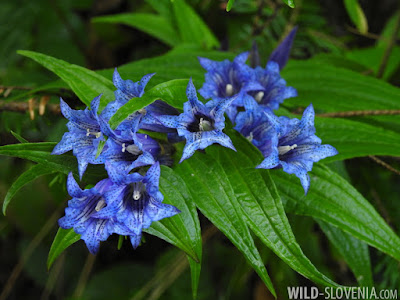 Late August marks the start of the autumn season in the forest. After the mid summer, post-breeding calm, there's a sudden increase in animal activity. Birds become again more prominent as flocks of juvenile tits, crests, warblers and finches wander around the forest. Woodpeckers become more vocal, as do owls, which start to advertise their territories again, especially in the evenings. Passerine migration is also well underway and species like Pied Flycatcher Ficedula hypoleuca and Wood Warbler Phylloscopus sibilatrix are quite numerous in the forest. Although we don't follow migration much as we once did, some days ago we observed a Collared Flycatcher Ficedula albicollis in a city park in Ljubljana. This is a locally common breeder in lowland eastern Slovenia, but a rare migrant in the west, where we live. In Škocjanski zatok we've also observed the first Bluethroats Luscinia svecica of the season - their peak migration time is the last week of August and the first week of September.
In the past ten days we visited the Cerknica area and Javorniki forests once and the forests of mount Snežnik twice. During an evening session for mammals on mount Snežnik we were lucky with a close-by sighting of a mother Brown Bear Ursus arctos and her three cubs, walking through a forest glade in the evening mist. There wasn't enough light to take any photos, so this time the scene will remain impressed in our memories instead. The same evening we also observed Wild Boar Sus scrofa, Fox Vulpes vulpes, Red Deer Cervus elaphus and heard a female Ural Owl Strix uralensis singing nearby.
Last Sunday we went walking again in the forests of Snežnik, with the main intent to see some birds. Three-toed Woodpecker Picoides tridactylus was our main target, which eluded us, despite searching hard in an excellent old conifer stand, where we usually see this rare species. Instead we were quite surprised to find an even rarer White-backed Woodpecker Dendrocopos leucotos (a female), fearlessly feeding a few meters away from us. Background sound effects were provided by Black Woodpecker Dryocopus martius and Grey-headed Woodpecker Picus canus, plus the usual mix of forest songbirds. Additional interest was provided by a nice Alpine Salamander Salamandra atra, a viviparous species of salamander, living away from water (although requiring a lot of moisture) that is rather widespread in the mountains of Slovenia. Red Squirrels Sciurus vulgaris, in both their red and black morph, seem to be very common this year. 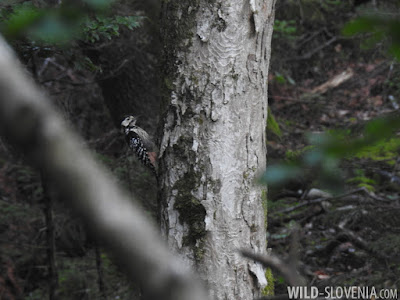 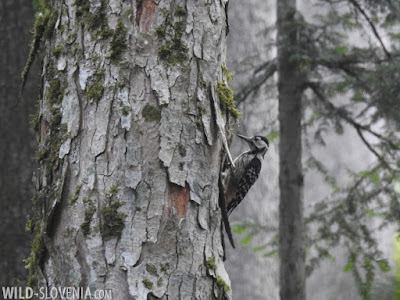 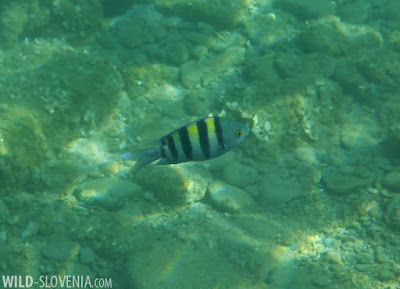 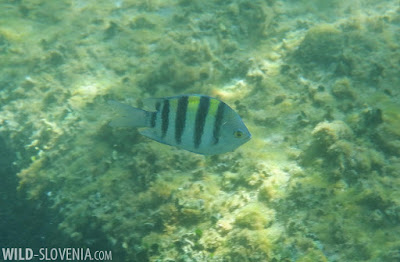 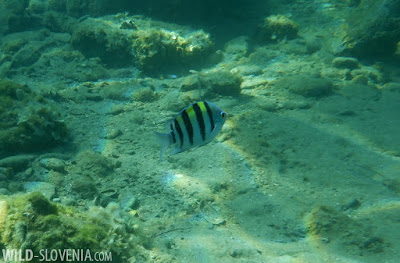 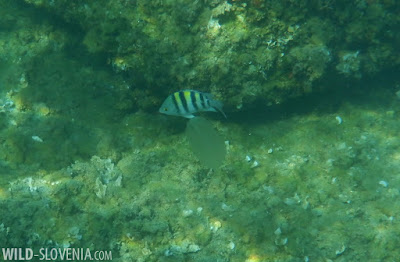 Snorkeling in the Adriatic 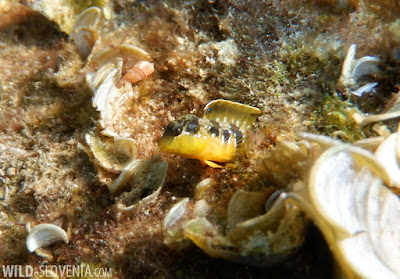 In the last weeks we've been visiting the sea and enjoying snorkeling in the Adriatic on a regular basis. We've been usually around Debeli and Tanki rtič near Ankaran, where the seabed is a mixture of rock and sand that supports a rather biodiverse marine community. Here are some of the species of fish and other marine organisms we managed to photograph with our underwater camera. We still need to improve our underwater photography, but for the moment we're quite satisfied with the results. 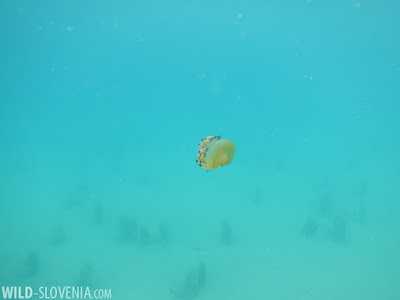 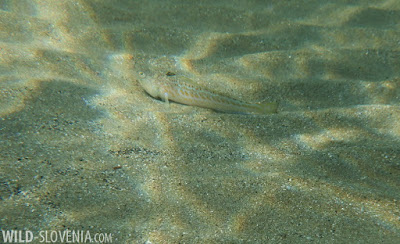 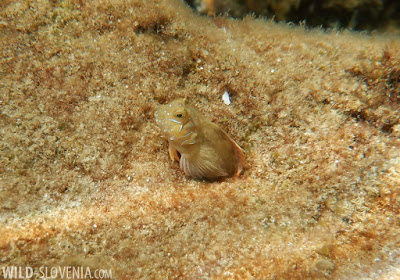 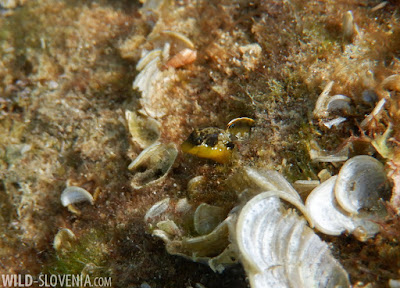 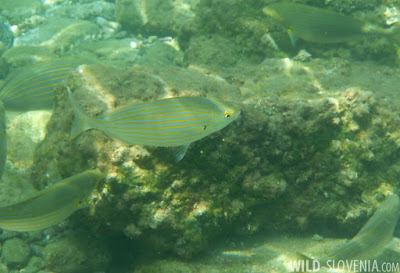