Queen of the Alps 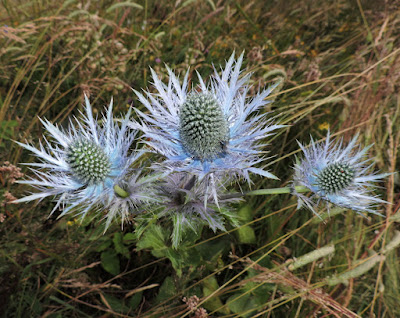 This week I spent again two days in the Julian Alps, enjoying the alpine flora, which now is at its very best. The main target (and actually this summer's main target) was Eryngium alpinum, which I found after some effort on mount Porezen (1630 m). This is a mountain which like Črna prst holds an interesting flora and rare species of plants. Eryngium alpinum or "queen of the Alps" is one of them. In Slovenia is now quite rare and grows only on a few mountains in the Julian and Kamnik Alps. 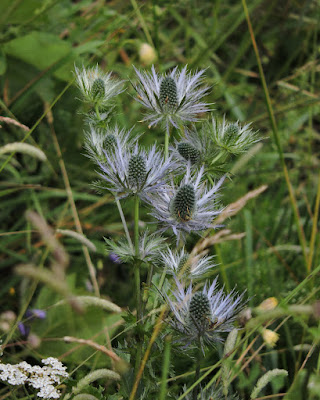 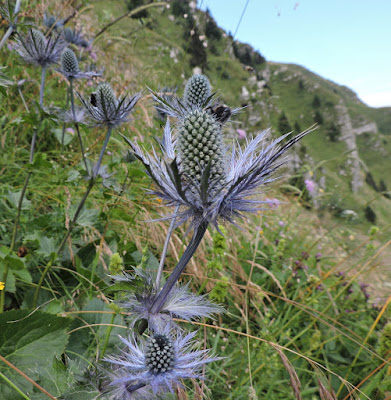 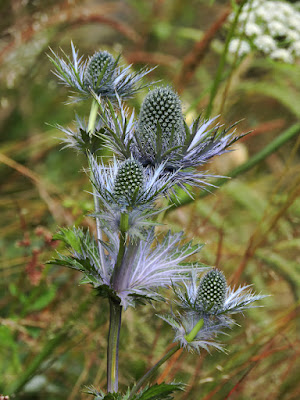 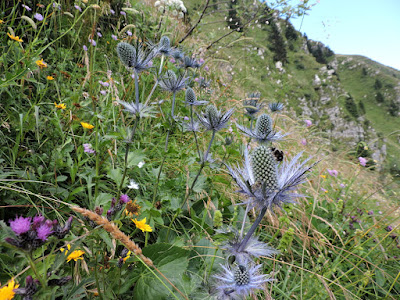 Next day I was on the Komna plateau above the lake of Bohinj for a nice hike. On the bird front the most interesting were several Bonelli's Warblers Phylloscopus bonelli in the beech woodland above the Savica waterfall and some Lesser Redpolls Carduelis flammea ssp. cabaret in the larches on the Komna plateau. It was quite a long time from my last redpolls! We are not really used to see them frequently in Slovenia, especially during the breeding season. A calling Nutcracker Nucifraga caryocatactes was also of note and commoner birds included Crossbill Loxia curvirostra, Grey-headed Picus canus and Black Woodpecker Dryocopus martius, Willow Tit Poecile montanus, Siskin Carduelis spinus, Bullfinch Pyrrhula pyrrhula and Treecreeper Certhia familiaris. 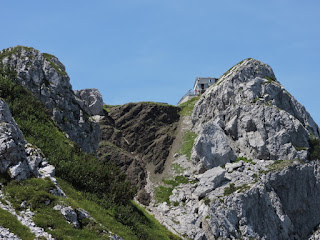 Črna prst (1844 m) is a mountain in Spodnje Bohinjske gore, a mountain chain south of Bohinj in the Julian Alps of Slovenia. The name in Slovenian means "black soil" and the meaning becomes clear by looking at the photo above - the higher part of the mountain consists of very dark rock formations. Črna prst is a summer botanical paradise and a well known historical location of botanical rarities. Several species of European importance (Natura 2000) are found here.
Yesterday I walked on it with the intent of seeing some interesting plants, but with no precise target species. Apart from the plants showed below, interesting was the encounter with a small Adder Vipera berus (see pics). On the bird front there were the usual mountain species like Alpine Chough Pyrrhocorax graculus, Water Pipit Anthus spinoletta, Raven Corvus corax ect. But honestly, I didn't pay much attention to the birds. As far as I know there should be Ptarmigan Lagopus muta up there and the habitat looks good for Rock Thrush Monticola saxatilis as well. 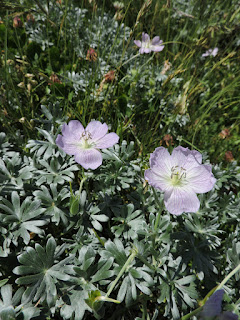 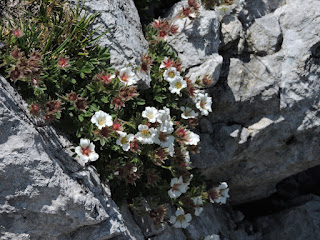 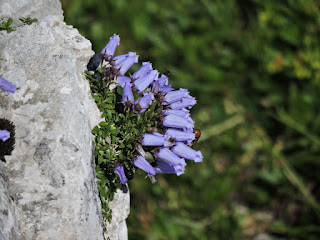 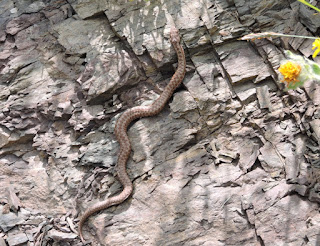 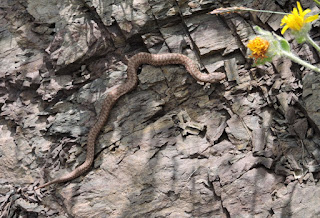 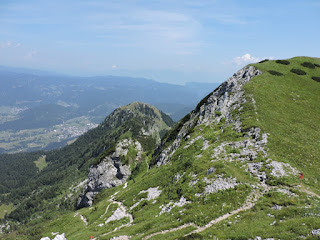 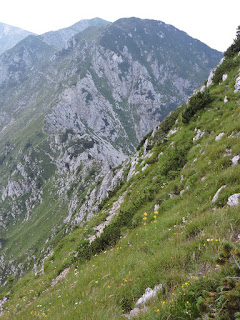