Owl trio in the Trnovo forest 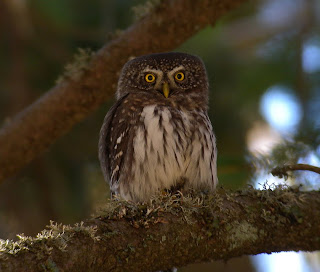 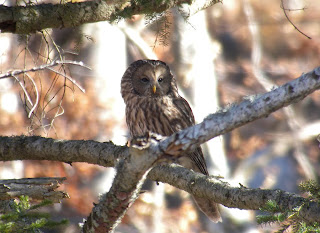 Yesterday I was back again in the Trnovski gozd (SLO) with a couple of other friends. We spent the morning looking for diurnal movement of Ural Owls and walking some really beautiful parts of the forest. In the evening we concentrated on the other owls, trying the good places by car. Before arriving to Predmeja (on the forest's border) a stop out of Ajdovščina revealed the local Great Grey Shrike sitting on the wires.
In the forest, during the afternoon/evening we got a total of at least 15 Ural Owls. We managed to see well a male in complete daylight, while it was mobbed by Jays in the beech forest. For about 15 minutes we followed its movement as it flew from tree to tree, at times perching for prolonged periods. Otherwise we did see some brief movement of other Ural Owls in the evening with the aim of the torch.
The TENGMALM'S OWLS were quite active too, with up to 6 different birds heard in the course of the evening. Only one of these gave its true "po-po-po-po" song, the others were just uttering the squeaking odd calls. We even managed to see one in flight over the conifers.
The third owl-highlight was in the form of a PYGMY OWL singing in the evening while already dark. Even if quite distant, the song was clearly audible for some minutes.
The forest was active with all the usual commoner birds including: Coal, Crested and Willow Tits, Mistle Thrushes, Siskins, several Bramblings within bigger flocks of Chaffinches, a few Meadow Pipits (flying over Mala Lazna), some Crossbills, lots of Black Redstarts, Goldcrest, Black Woodpecker (the commonest bird!), Raven and Eurasian Treecreeper.
The Edible Dormice were instead very quiet in the evening, with just a few heard squeaking.
On the way back home a total of 3 Red Foxes, 2 Brown Hares and 2 Roe Deers from the car.
The two above photos were taken two years ago in the same area (see post)
Below a view over Smrekova Draga: 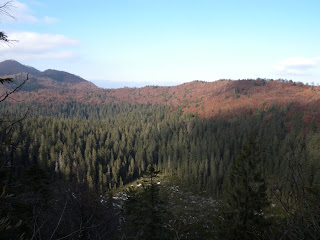 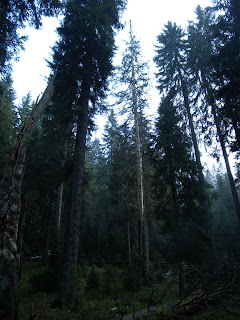 Colourful fungi on the forest's floor: 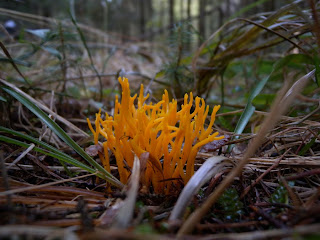 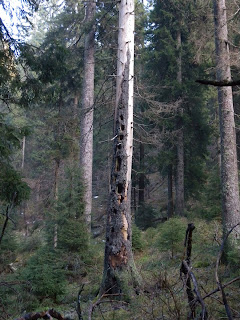