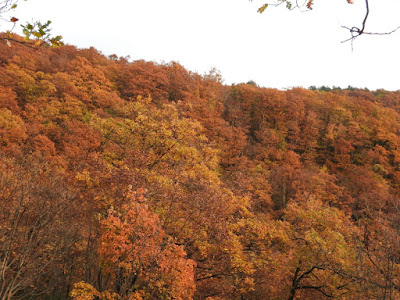 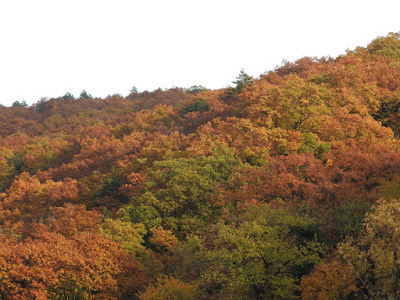 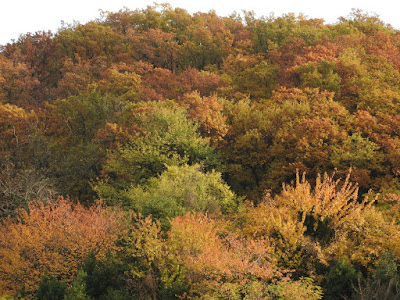 Despite being almost December, it is now that oak woodlands close to my home, along the Adriatic coast, are sporting their most vivid autumn colours. These thermophilous stands of sessile Quercus petraea and downy oak Q. pubescens are about a month late in terms of autumn phenology, if compared to the Dinaric forests of beech and fir (Abieti-Fagetum) that cover most of central and western Slovenia. Similarly, also woodlands on the nearby Karst plateau have already shed their leaves, mostly due to the slightly harsher climate. But on the coast is different. The warmer climate allows trees to have a longer vegetation season; moreover, oaks are well known for its late leaf-shedding. All this makes for a great spectacle of autumn colours, at a time when most other forests are already in bleak winter tones.
Speaking about trees, I suggest this new excellent book, written by Peter Wohlleben: The Hidden Life of Trees.
Posted by Domen & Sara at 08:06

Pygmy Owl in the Alps 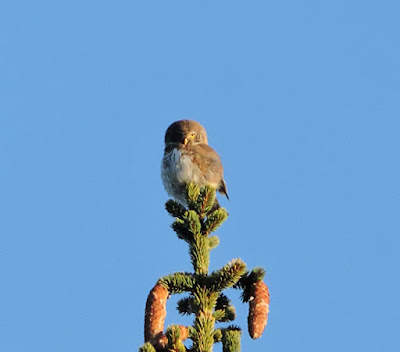 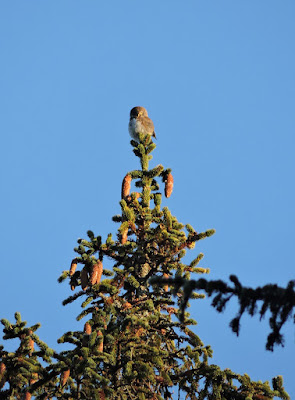 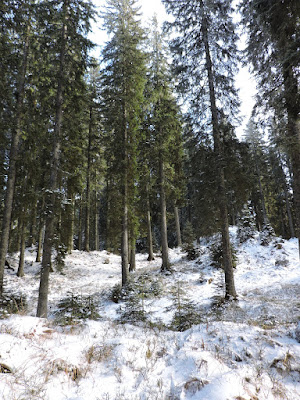 Our local, very strong and cold northerly wind (called "burja" or "bora") is making birding, walking and staying outdoors quite unpleasant these days. Yesterday we decided to take a break from it and enjoy some windless alpine air, so we found ourselves on the Pokljuka plateau (Triglav National Park). The temperature remained just around 0 degrees C for most of the day, but it was a "pleasant" cold. We walked around the snow-covered forest for most of the day and at the end of it made our best observation: a cute PYGMY OWL Glaucidium passerinum singing from the top of a spruce, as typical for the species (see also this similar post from 2015). The forest was otherwise quite silent, apart from large numbers of montane tits like Coal Periparus ater, Crested Lophophanes cristatus and Willow Poecile montanus, but also Treecreeper Certhia familiaris and Goldcrest Regulus regulus that quickly "turned on", attracted to our pishing. A Nutcracker Nucifraga caryocatactes and 2 Black Woodpeckers Dryocopus martius were also of note.

On the 3rd of November we also enjoyed a nice movement of Cranes Grus grus, when a flock of 169 birds passed over the windy skies between Slovenia and Italy, near Sežana. They were heading westwards as most of the Cranes at this time of year do (arriving from Slovenia and flying into Italy from the northeast). Fieldfares Turdus pilaris and other thrushes are now increasingly commoner on the Karst, as the cold is pushing them southwards. Recently we've also observed repeatedly one of the karstic Middle Spotted Woodpeckers Dendrocopos medius, but more on that species in one of the next posts...
Posted by Domen & Sara at 04:26 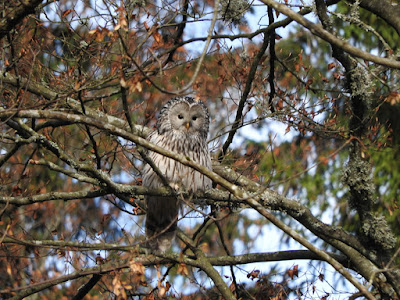 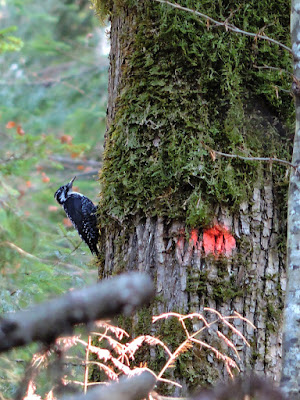 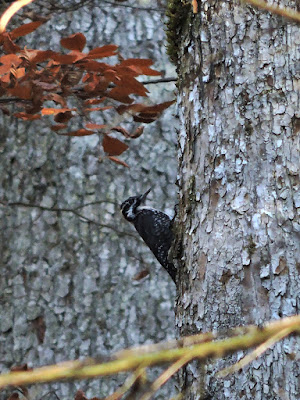 In the last couple of days I visited the Dinaric forests of Snežnik and Trnovski gozd with a group of friends. Both days were sunny and crystal clear so the autumn colours in the forest were fully enjoyed. In the Trnovo forest (Trnovski gozd) we observed 4 different Ural Owls Strix uralensis (mostly by day), whereas on Snežnik we saw 3. One of the owls on Snežnik was a melanistic individual (dark morph), which I've never seen before. Unfortunately the encounter was quite brief, so we couldn't take any pics (here & here two shots by Lucio Tolar taken in Slovenian forests). Melanistic Ural Owls are regularly observed in Slovenia although they are much rarer than the normal pale form. Some populations in central and southern Slovenia host a greater percentage of such individuals. Dark birds also regularly breed with pale form birds and produce offsprings that are intermediate in colour.
A singing Pygmy Owl Glaucidium passerinum was heard in the late afternoon in the Snežnik forest, while earlier in the day we also enjoyed a female Three-toed Woodpecker Picoides tridactylus. Black Dryocopus martius & Grey-headed Woodpeckers Picus canus were also seen, along with a female Goshawk Accipiter gentilis and other forest birds typical for this season and location.
Bramblings Fringilla montifringilla were frequently seen among numerous flocks of Chaffinches F. coelebs, feeding on the fallen beech mast, which is very abundant this year.
Finally, on Snežnik we also heard a flock of Cranes Grus grus migrating over the forest in the evening.
Posted by Domen & Sara at 09:19