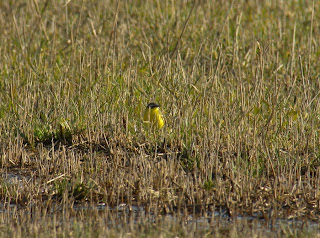 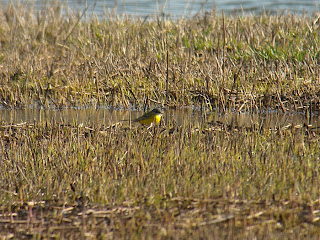 Škocjanski zatok NR: quite springy today in the marsh with some new arrivals of note like this year's first YELLOW WAGTAILS (1 flava & 1 cinereocapilla - pics above respectively) feeding on the wet grassland with +10 White Wagtails and several Water Pipits (still around). Then also 2 Little Ringed Plovers, 2 Ruffs, 2 Common Redshanks, 2 Green Sandpipers... actually everything in twos and sharing the same piece of freshwater marsh! The only really numerous migrants were Garganeys with up to 80 birds counted; they probably just came down from migration today, because they were almost all resting on the grassy islets. Some fine males were displaying though.
Two Swallows flying overhead were nice and the grazing marsh was infested with Stonechats (12 birds on the same piece of wire). Other birds of note included: 1 male Marsh Harrier, 6 Lapwings, 4 Tufted Ducks, 3 Pochards, 11 Snipes, 2 Curlews, Greenshank, 1 Penduline Tit, 12 Chiffchaffs (all in the hedges), 3 Gadwalls (2 m & 1 f).
A bit of colour in the marsh 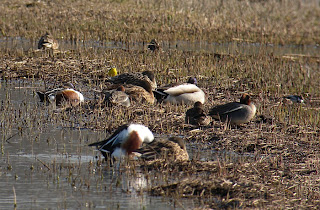 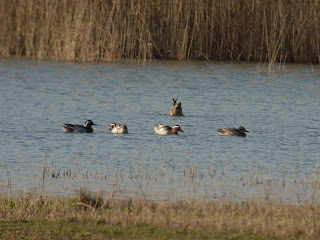 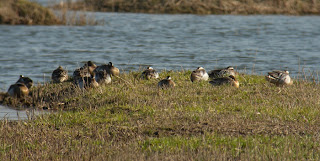 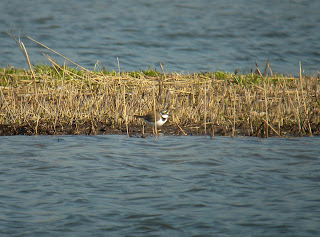 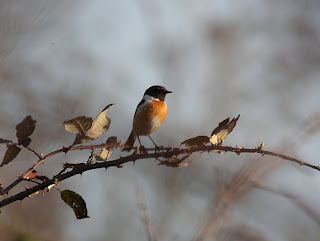 Local patch: it was a nice evening even on the sea, with literally hundreds of ducks everywhere. I estimated at least 500 birds, which were almost all concentrated in a huge distant raft. I suppose the most numerous were Garganeys. Of the closer ducks I indeed managed to identify +30 GARGANEYS, some mixed flocks of Wigeon and Shoveler, 2 separate flocks of Pintail (easy to tell in flight) and a fly-by flock of 25 TEALS (year tick for the patch). The Great Crested Grebes were also very numerous with 230 birds counted and 38 Mute Swans made a large circle above the gulf in the evening. At dusk I also spotted a small flock of Shelducks flying towards Trieste.
A few days ago I also had 4 House Martins flying past the house, up to 15 Mute Swans on the sea (almost daily), 2 Grey Herons on migration and 1 Red-necked Grebe (breeding plumage) + a few Red-breasted Mergansers from Miramare. Common Gulls numbered about 60 birds some days ago.

Sightings from further afield included a flock of 37 COMMON CRANES on migration over Socerb (Slovenia/Italy border) and a few Black Woodpeckers all on Saturday evening.
Posted by Domen & Sara at 11:47