On the tracks of Lynx and Wolf 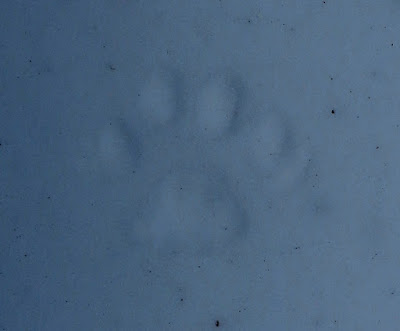 January is a good month for following animal's tracks in the snow. Recently I made two snow-tracking visits that proved very productive. I went looking for tracks both close to home, on the Slovenian Karst and further afield in the Snežnik forests. Moreover I've also been to lake Cerknica (Cerkniško jezero) and a few other places, trying to see some live animals as well. Here and there a few woodpeckers and owls materialised in front of me, as it frequently happens. I leave you to the pics with some comments below. 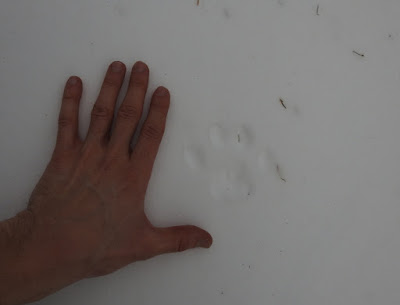 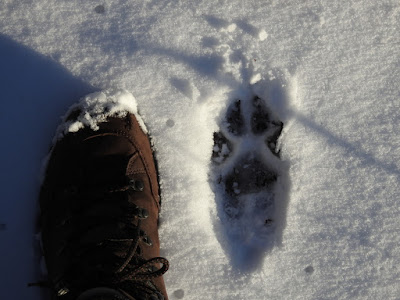 A visitor from the north 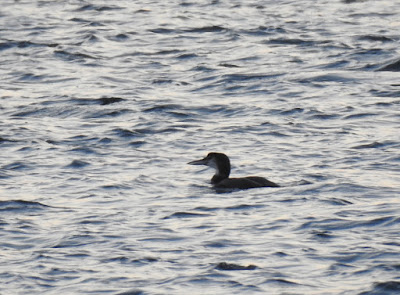 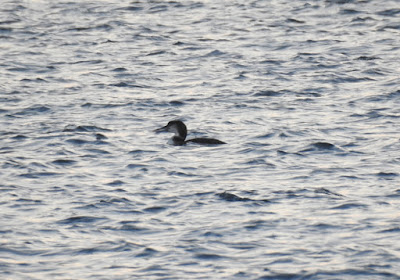 The local ornithological sensation around Trieste at the moment is a Great Northern Diver Gavia immer that took up residence in the bay of Duino/Devin, some 20 km away from the city of Trieste. This bird is worth mentioning because is a rare and accidental winter visitor to my area. In the northern Adriatic two species of divers spend the winter in good numbers: Black-throated Gavia arctica and Red-throated Gavia stellata. Both are especially common in the north-western corner of the gulf, close to Monfalcone, where also all 5 european species of grebes (Podiceps) share the same area in winter. Far more difficult to see at our latitudes is the northern and larger cousin of the two divers, the Great Northern Diver, which breeds mostly in North America, Iceland & Greenland. European birds winter regularly on sea coasts of northern Europe, but sometimes the odd birds stray into the continent as well. In the last 10 years or so, there hasn't been a sighting of this species in the Gulf of Trieste and the last record in the north Adriatic dates back to 2004. The above bird is thus a bit of a sensation and has attracted many observers to the small dock of Duino. Making him company in the wider area of the north Adriatic wetlands are also several other interesting northern species that different observers have reported: Long-tailed Ducks Clangula hyemalis, Smews Mergellus albellus, Goldeneyes Bucephala clangula, Scaups Aythya marila, Velvet Melanitta fusca and Common Scoters M. nigra, Slavonian Grebes Podiceps auritus and large flocks of White-fronted Geese Anser albifrons with a few Lesser White-fronted Geese A. erythropus mixed within. Several Snow Buntings Plectrophenax nivalis were also seen in the previous days. Most of these birds arrived in greater numbers than in previous years and hopefully more will move in with the current front of polar weather.
I tell you a secret... all I hope is Waxwings!
Posted by Domen & Sara at 12:27