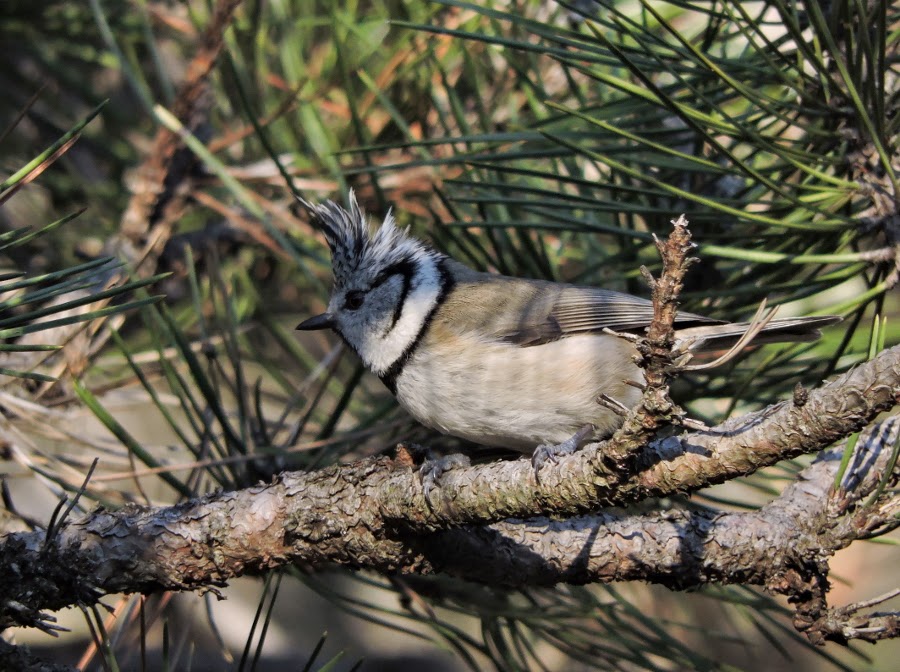 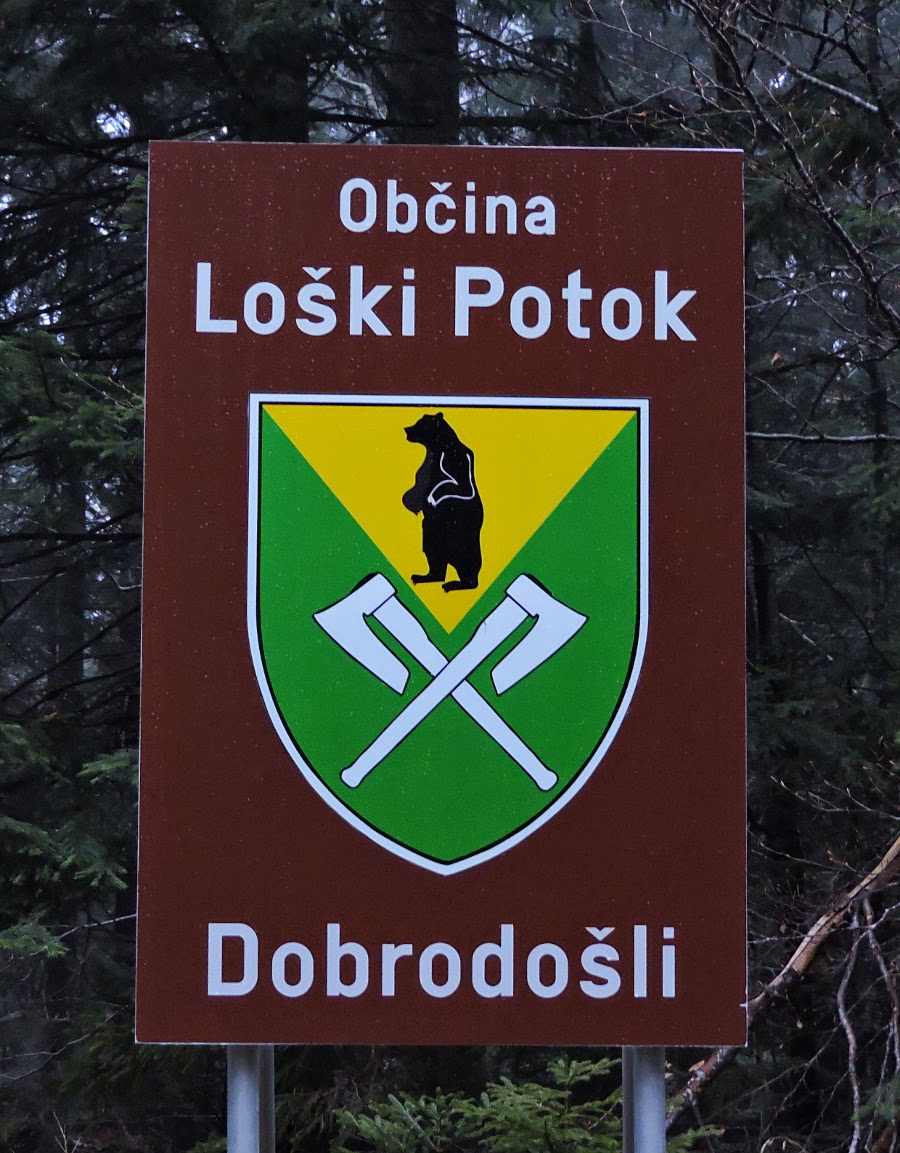 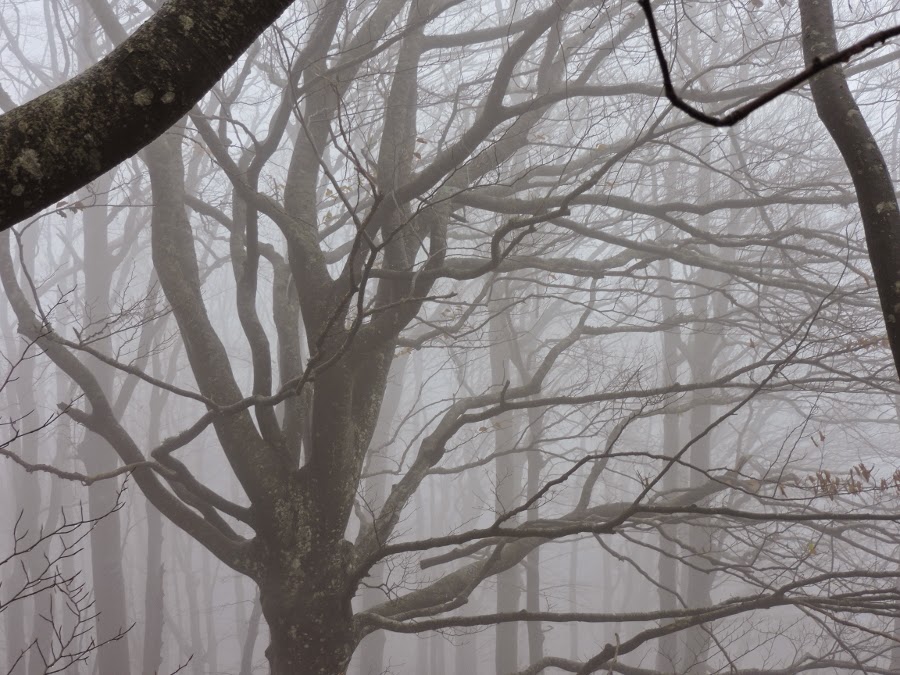 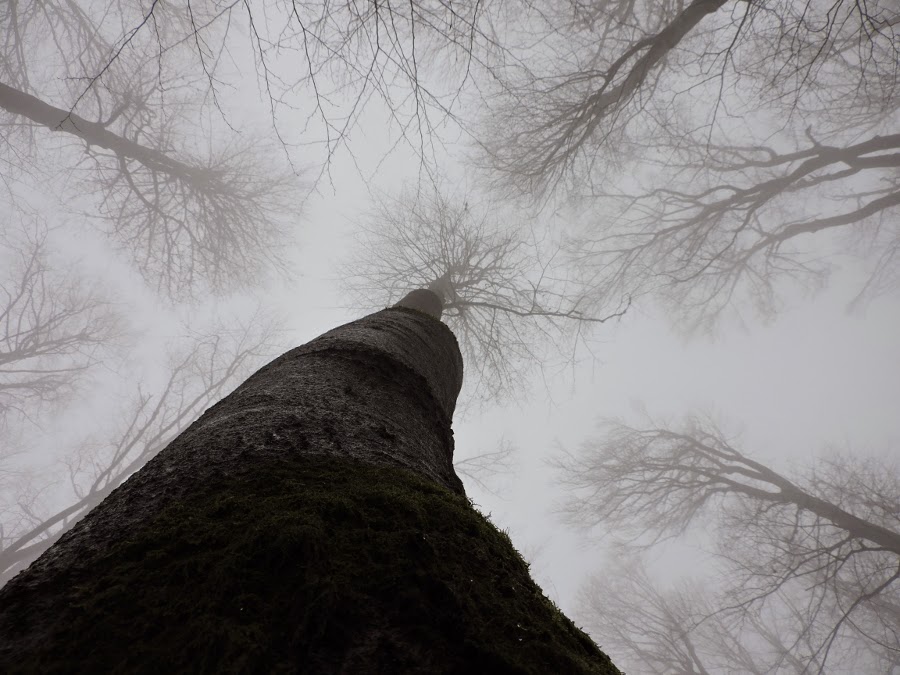 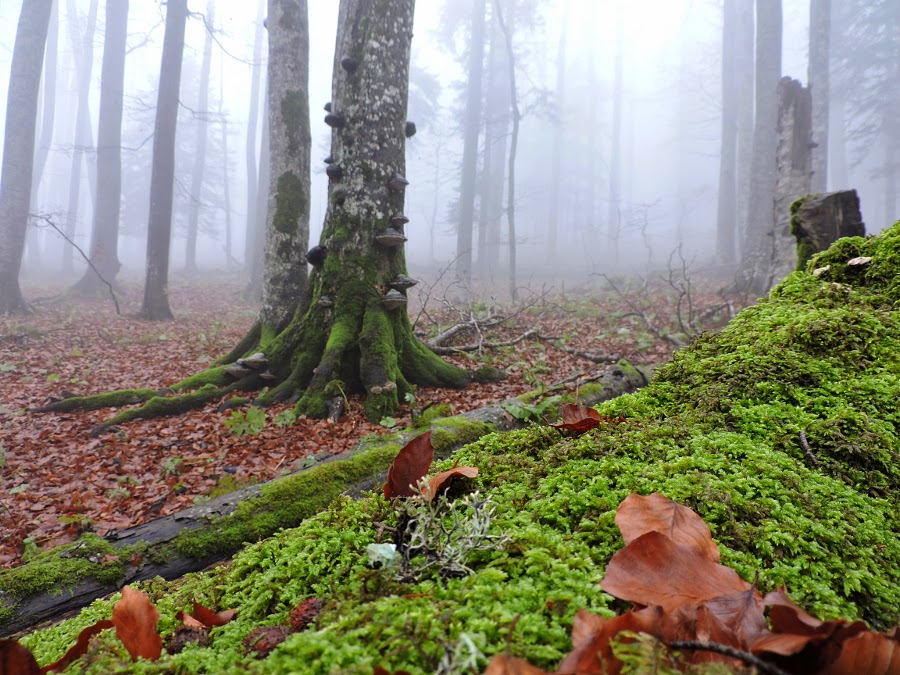 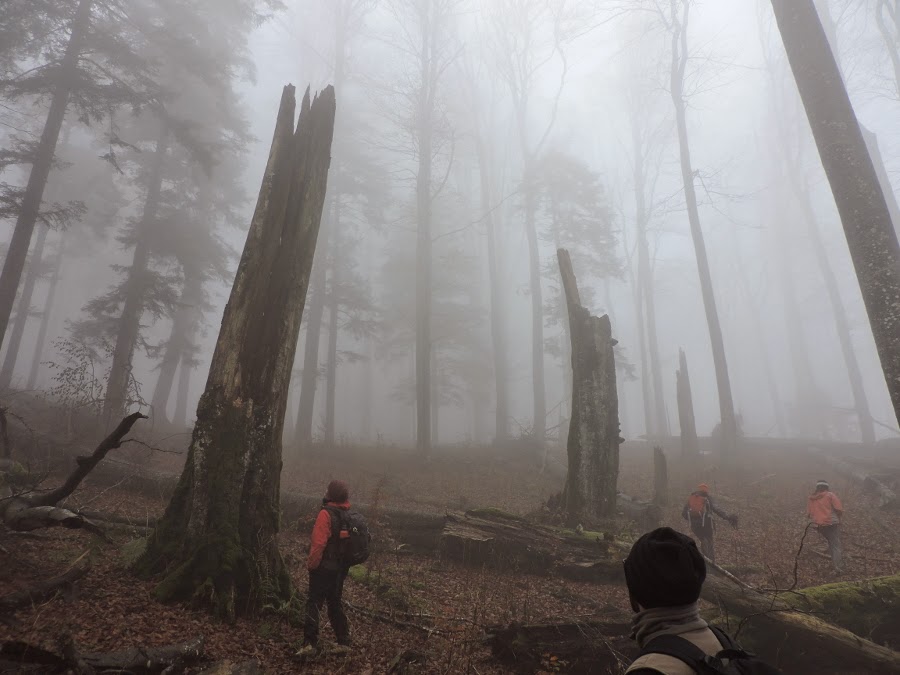 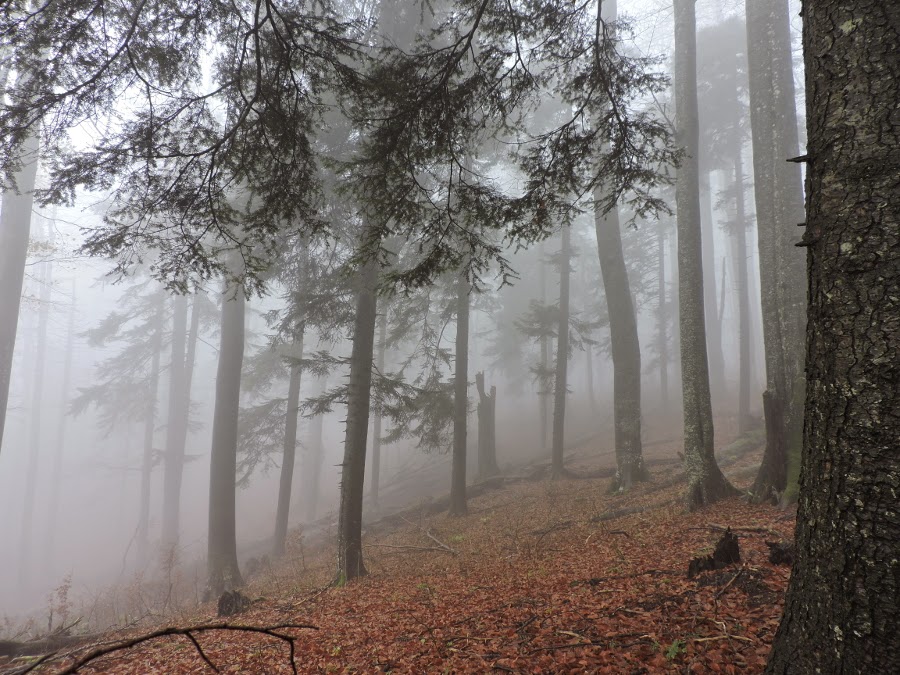 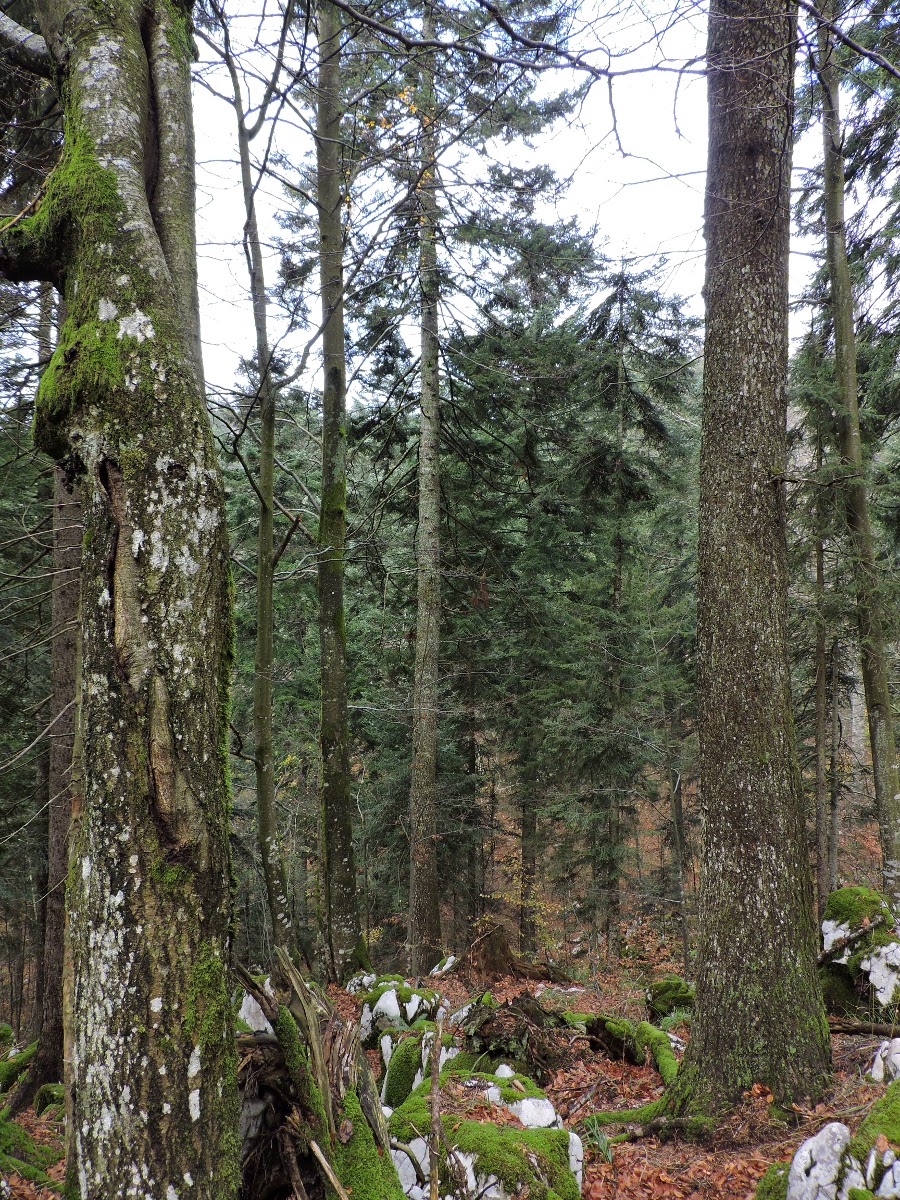 Spent the whole weekend roving in the forests of Kočevje with a group of friends. The area represents the largest forest system in Slovenia and along with the Snežnik plateau and Gorski Kotar (in nearby Croatia) makes up one of the largest wilderness areas in Europe.
Highlights included a BROWN BEAR Ursus arctos seen at twilight on a forest glade, a confiding Ural Owl Strix uralensis, Grey-headed Picus canus & Black Woodpecker Dryocopus martius and Peregrine Falco peregrinus.
Posted by Domen & Sara at 15:33 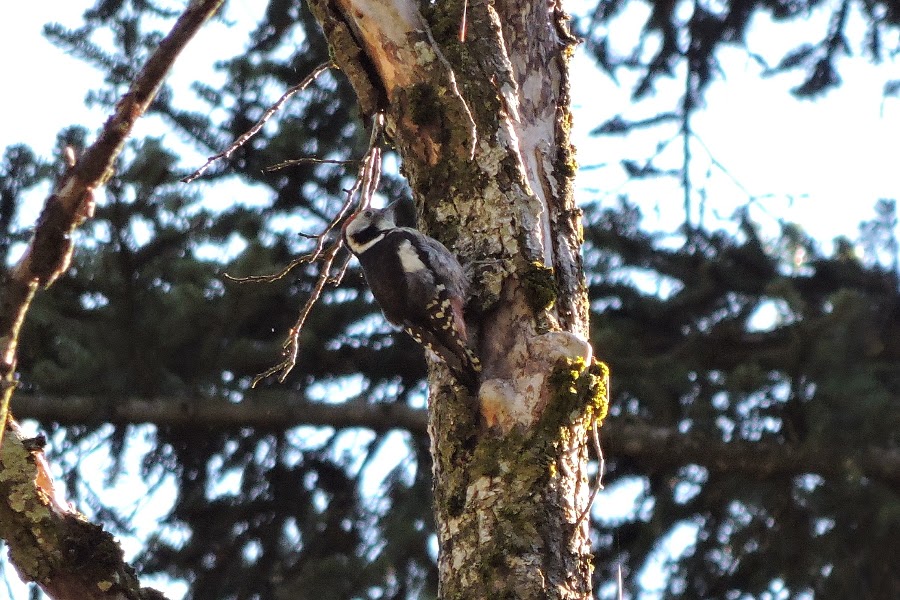 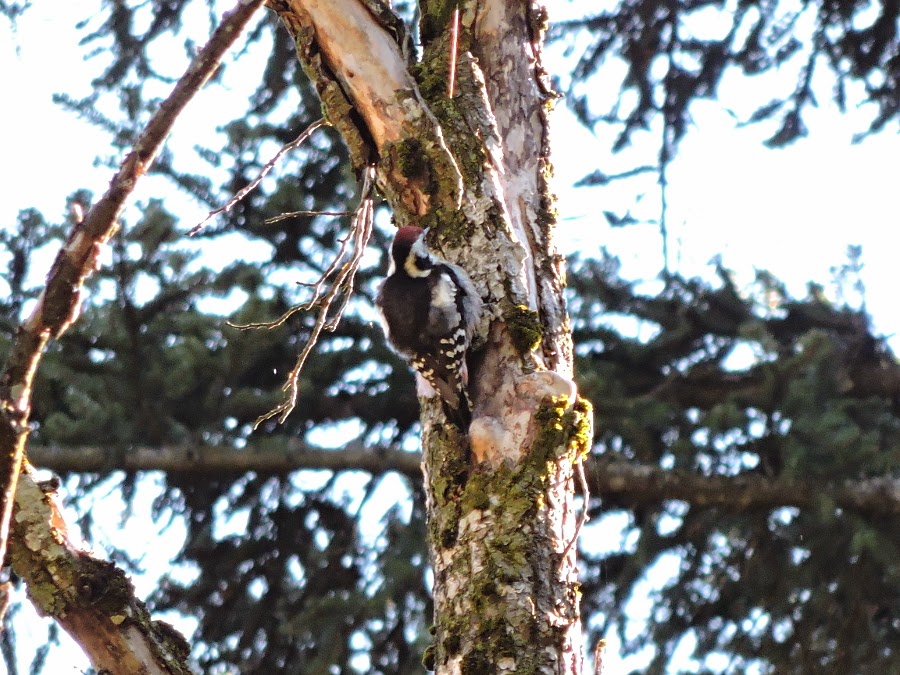 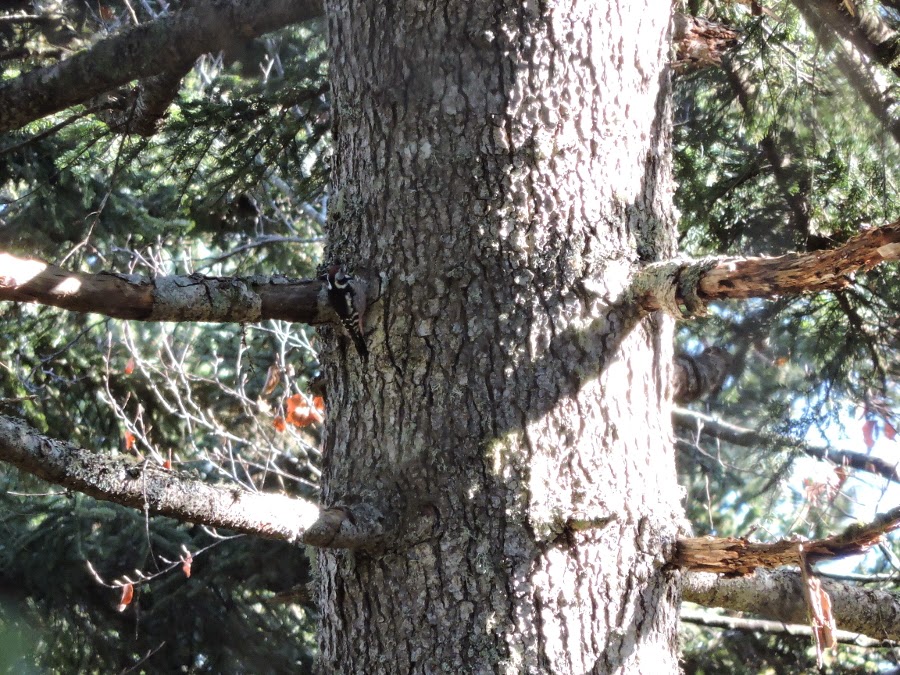 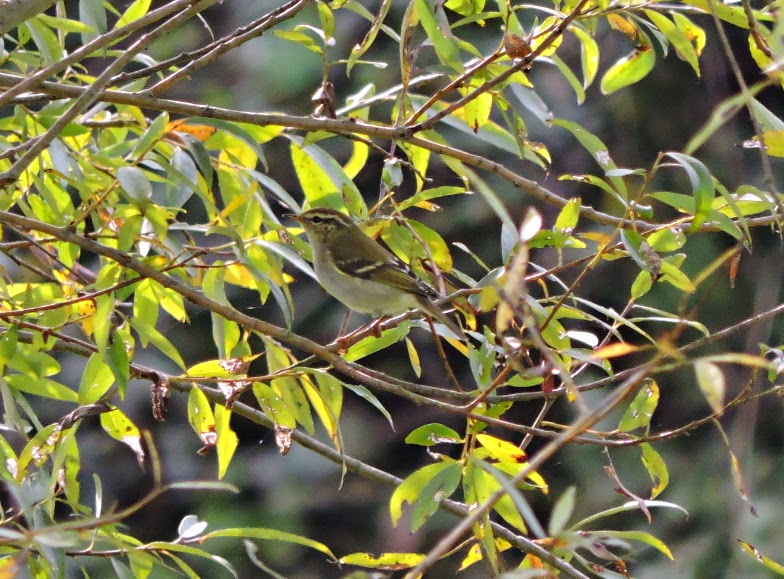 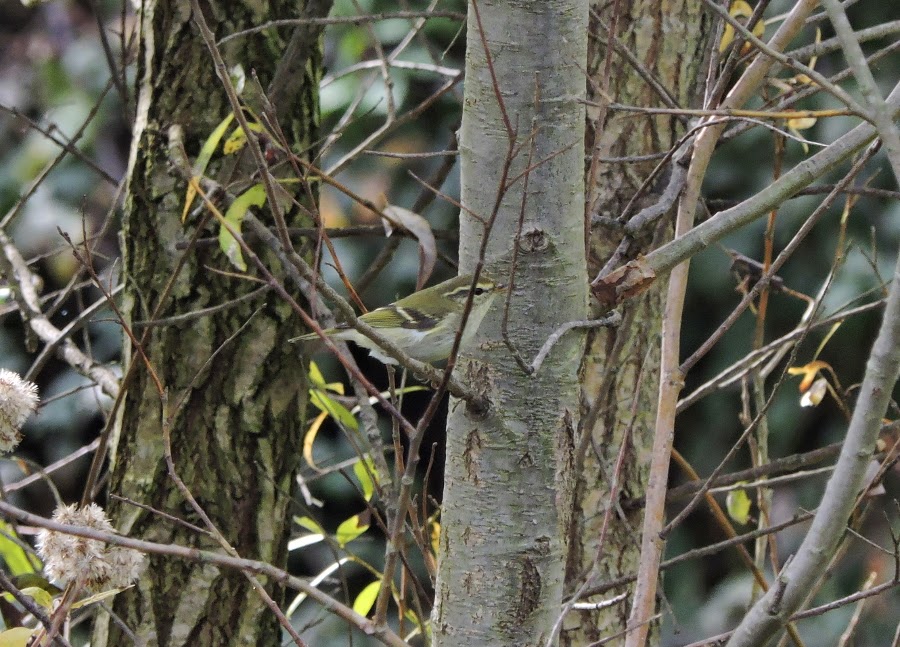 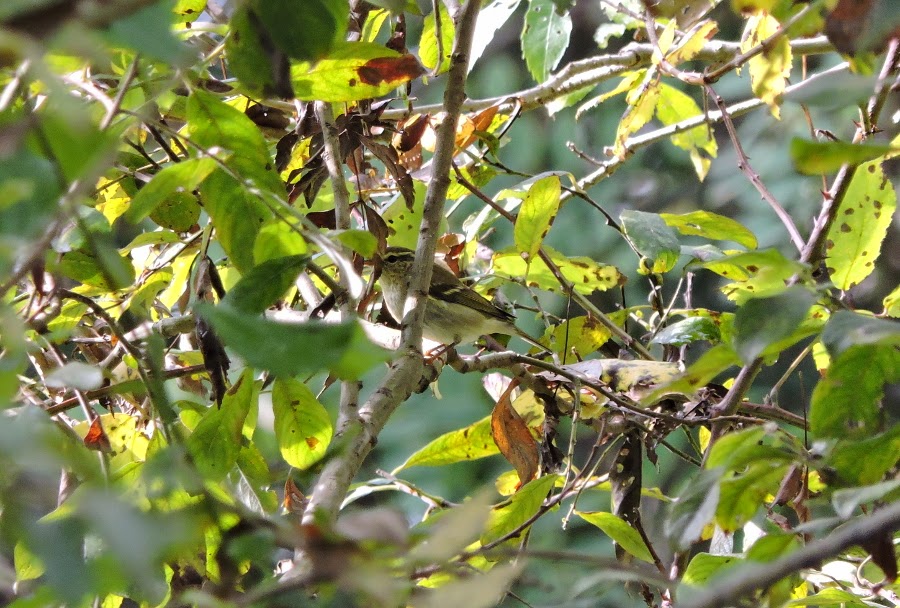 White-backed Woodpeckers in the autumn forest

On Sunday me and a couple of friends spent the day in the extensive forests of the Snežnik plateau. Despite the fact we didn't see the (hoped for) Brown Bear Ursus arctos, we were lucky to find two WHITE-BACKED WOODPECKERS Dendrocopos leucotos (ssp. lilfordi). The first was a quite collaborative female which allowed good views (the best I've ever had of a White-backed). My friend also managed to obtain some good shots (above and below) when the bird was on the trees above our heads. Hours later we heard a second individual on a different location. It's always thrilling to have a close encounter with one of Slovenia's rarest breeding birds. 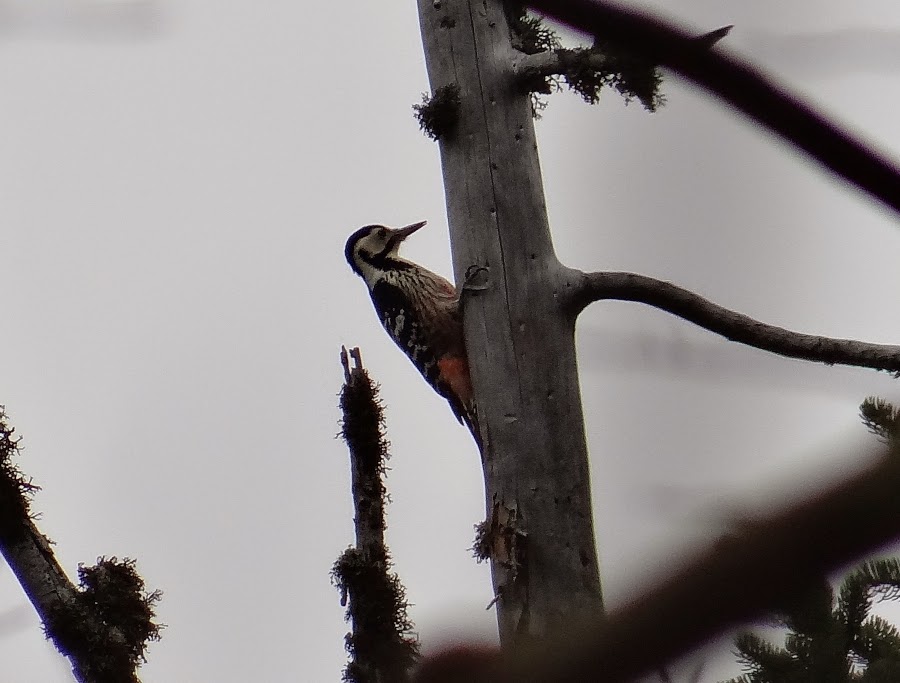 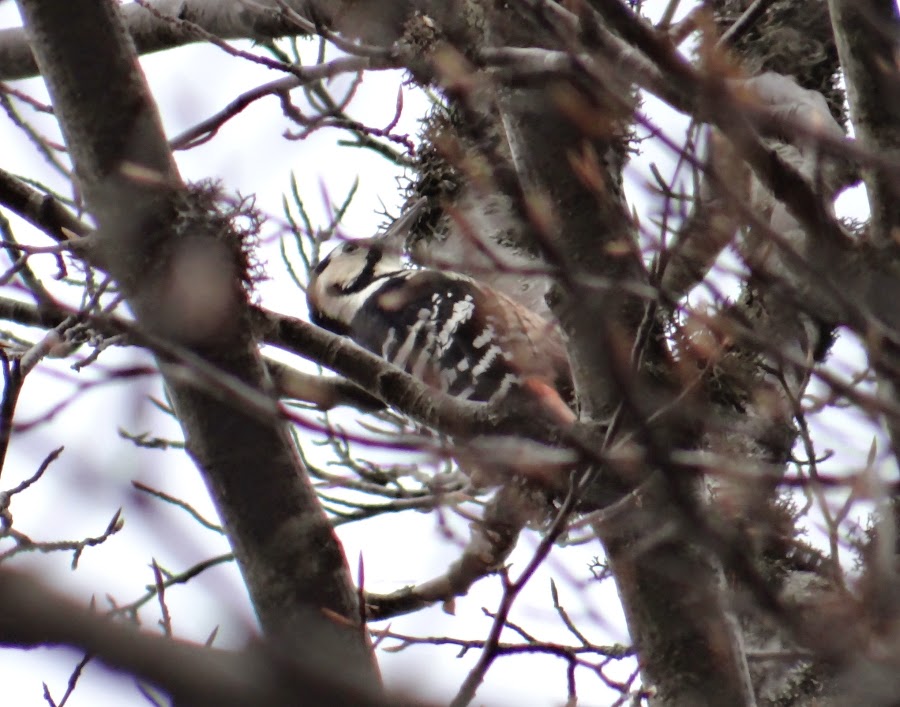 In the early afternoon we were quite surprised when we flushed a WALLCREEPER Tichodroma muraria from a very small rocky face by the forest road. This was most probably a bird on migration that stopped in the area for a short time; nevertheless the encounter was very exciting as it was totally unexpected.
During the day we visited some amazing parts of the Snežnik forests, including some old beech woodlands and spruce-covered Karstic dolines where common mountain birds were present (all tit species, Crossbills Loxia curvirostra, Siskins Carduelis spinus, Ravens Corvus corax ect.).
Apart from a good movement of Meadow Pipits Anthus pratensis overhead, there were also large flocks of Chaffinches Fringilla coelebs on the move, with several Bramblings Fringilla montifringilla mixed among them.
On the mammal front the highlight were the footprints (and droppings) of a massive Brown Bear Ursus arctos. In the evening we also saw Red Deer Cervus elaphus (4), Roe Deer Capreolus capreolus (3) and Brown Hare Lepus europaeus (1).

Last week I also re-visited the site of the Karstic URAL OWLS Strix uralensis and in the evening the pair appeared in front of me once again! They showed brilliantly for some 15 minutes or so, before it became dark enough for them to "disappear" in the beech trees where they were perched. A noisy Black Woodpecker Dryocopus martius kept mobbing them all the time, while a distant Grey-headed Woodpecker Picus canus was calling. Magic moments.
Posted by Domen & Sara at 04:56 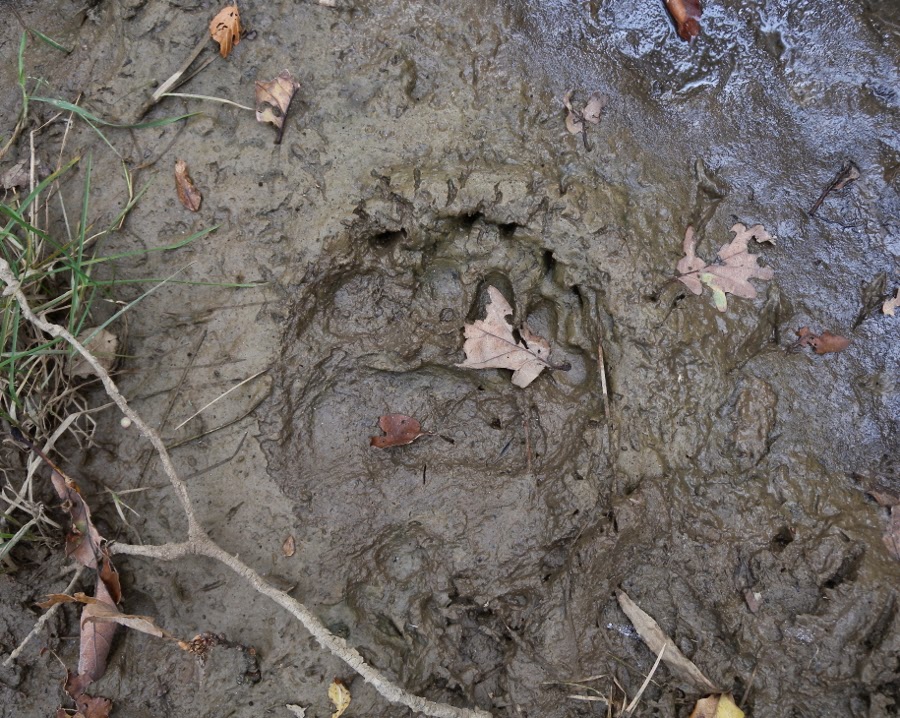 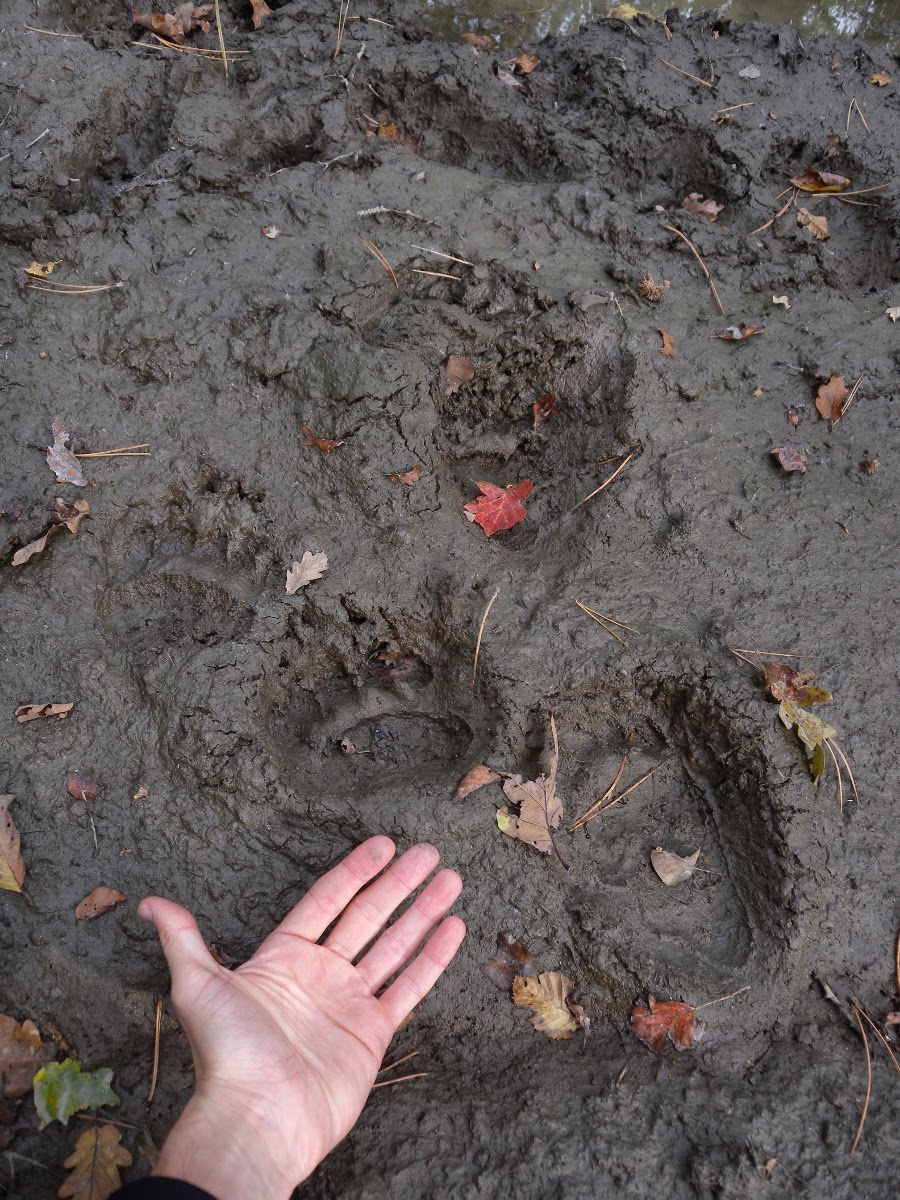