Last weekend the weather was excellent for a mountain hike, so we decided to visit the Trnovo forest (Trnovski gozd) once again, to walk on the Golaki mountains. A week ago we hiked on Mali Golak (1495 m), while this time it was the turn of Veliki Golak (1480 m), a nearby peak, but much wilder than the first and seldom visited. Actually we were alone for most of the day and didn't meet anyone else on the mountain. The Golaki mountains are typically Dinaric, dominated by exensive beech Fagus sylvatica forests with silver fir Abies alba (Abieti-Fagetum dinaricum), while the very summits are covered by small stands of Mountain Pine Pinus mugo. The forests on the northern slopes have been severely hit by the infamous ice storm from a few years ago. However the area hasn't been "cleaned" from dead and damaged trees as it lies within a forest reserve. Therefore the forest now still hosts large quantities of dead wood and especially standing dead trees. A really excellent habitat for White-backed Dendrocopos leucotos and Three-toed Woodpecker Picoides tridactylus and certainly worth a visit in the breeding season.
During our walk up we encountered several common forest birds, like Black Woodpecker Dryocopus martius, as well as small flocks of Rock Buntings Emberiza cia in the most exposed and rockiest areas. 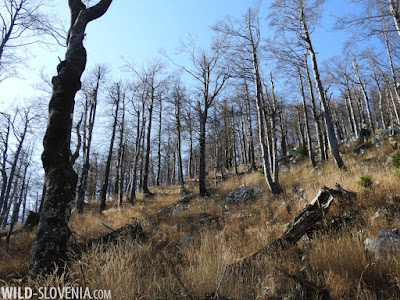 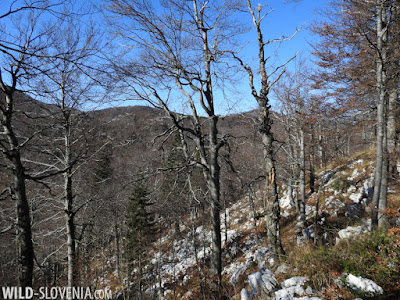 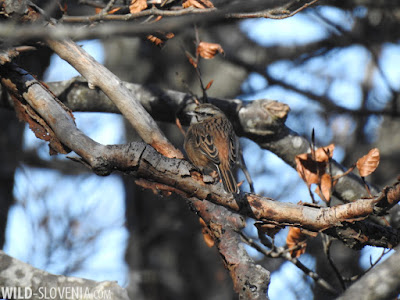 Passerine migration was boosted by the excellent weather conditions (sun and light northeasterly breeze) and a constant passage of small birds was visible above the mountain tops. The commonest were Chaffinch Fringilla coelebs and Brambling Fringilla montifringilla, but Siskin Spinus spinus, Dunnock Prunella modularis, Bullfinch Pyrrhula pyrrhula, Linnet Linaria cannabina, Meadow Pipit Anthus pratensis and even a Reed Bunting Emberiza schoeniclus were also observed. The first Redwings Turdus iliacus of the season, feeding on the forest floor cheered us up too. The most interesting encounter during the ascent was a beautiful Red Deer Cervus elaphus stag sporting a large set of antlers - something you don't often come across, as adult males are generally very shy. Indeed we could only watch it for a few seconds as it retreated out from view on a steep slope. Finally in the late afternoon we also found and observed again one of our favourite birds - a Three-toed Woodpecker Picoides tridactylus. There were both male and female (probably the same pair from last time), although the female proved once again to be more cooperative and allowed us to record a decent video: 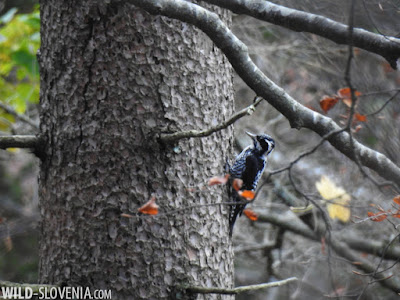 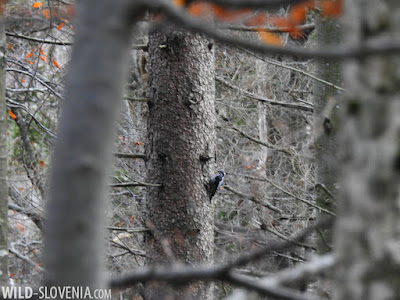 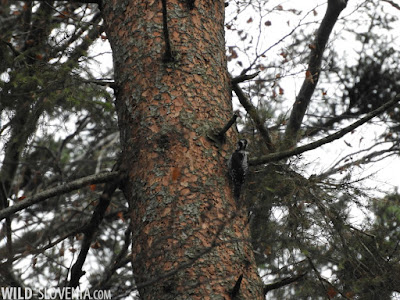 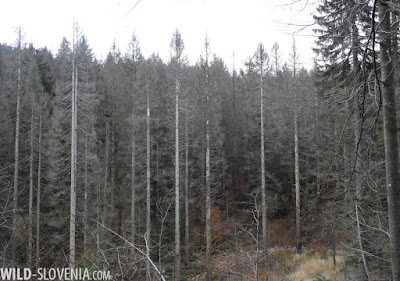 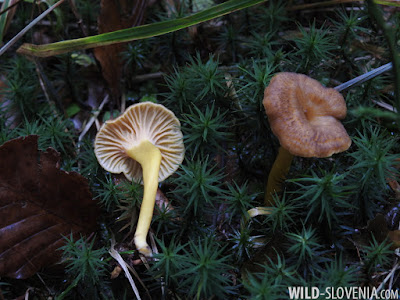 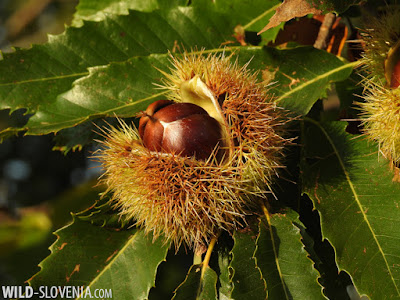 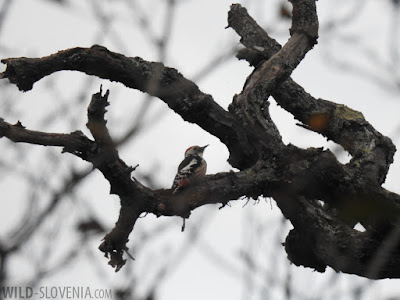