Up in the Alps 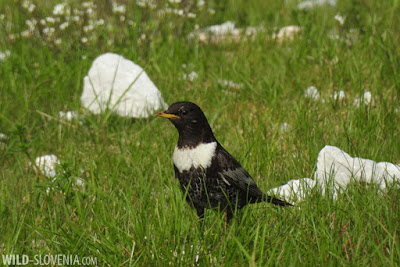 This weekend we made a small one-day excursion into the Julian Alps above Bohinj. It was a nice sunny day and we enjoyed some hiking among alpine flowers, birds and butterflies on an altitude of around 1600 meters. In the mountains, June is an excellent time to observe birds as spring is in full swing, unlike lower down in lowland regions where the breeding season is coming to an end. Most species are still territorial and quite prominent. Ring Ouzels Turdus torquatus were busy feeding their chicks and provided the best attraction. This beautiful thrush is a widespread breeder in the Slovenian Alps, living in the belt of the upper tree limit where stands of mountain pine Pinus mugo are interspersed with alpine meadows. However we don't get to enjoy this bird very often as we usually visit the Alps later in the season, when adults don't sing anymore and there are only fledged juveniles around. Among other species there were also commoner birds like Wheatear Oenanthe oenanthe, Crossbill Loxia curvirostra, Siskin Carduelis spinus, but also Common Phoenicurus phoenicurus & Black Redstart Phoenicurus ochruros and many Dunnocks Prunella modularis, the latter a typical inhabitant of mountain pine stands in Slovenia.
Butterflies were mostly represented by large numbers of Painted Lady Vanessa cardui and Small Tortoiseshell Aglais urticae, while we also observed some rather late Orange Tips Anthocharis cardamines. However we were most happy when we found several Dewy Ringlets Erebia pandrose, a locally common species in the Julian and Kamnik-Savinja Alps, but new to us. This interesting butterfly lives primarily in the arctic tundra of the boreal belt, while in central and southern Europe it only survives as an ice age relict in the higher mountain chains. It is one of the first ringlets Erebia sp. to occur in the Alps in this season. Hopefully more Ringlets will be added during our next trips to the mountains this summer! 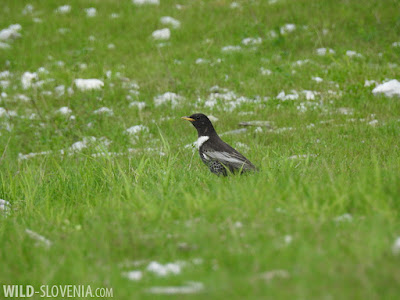 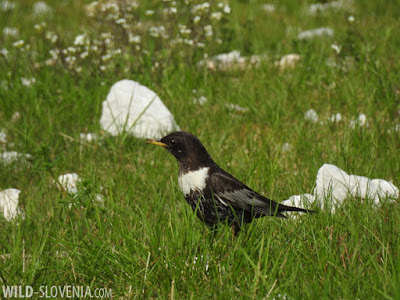 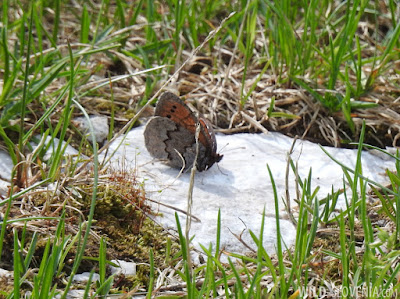 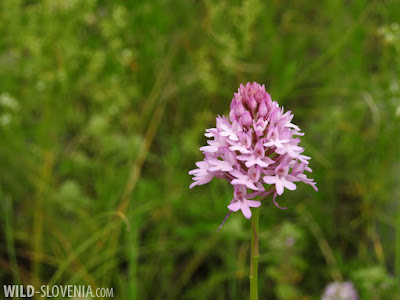 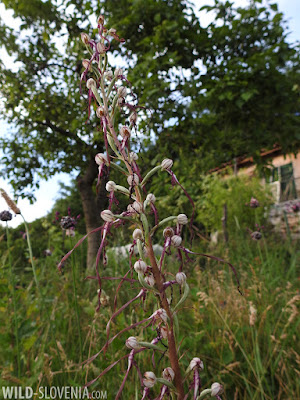 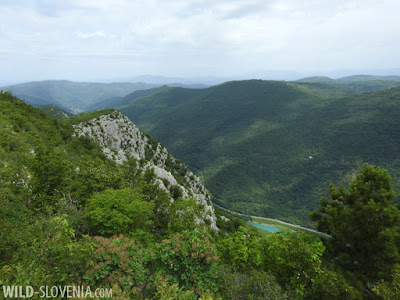 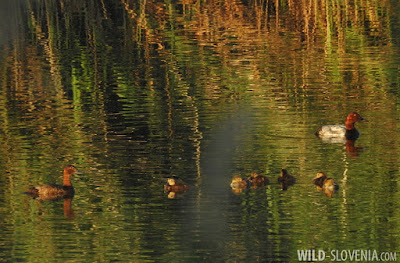