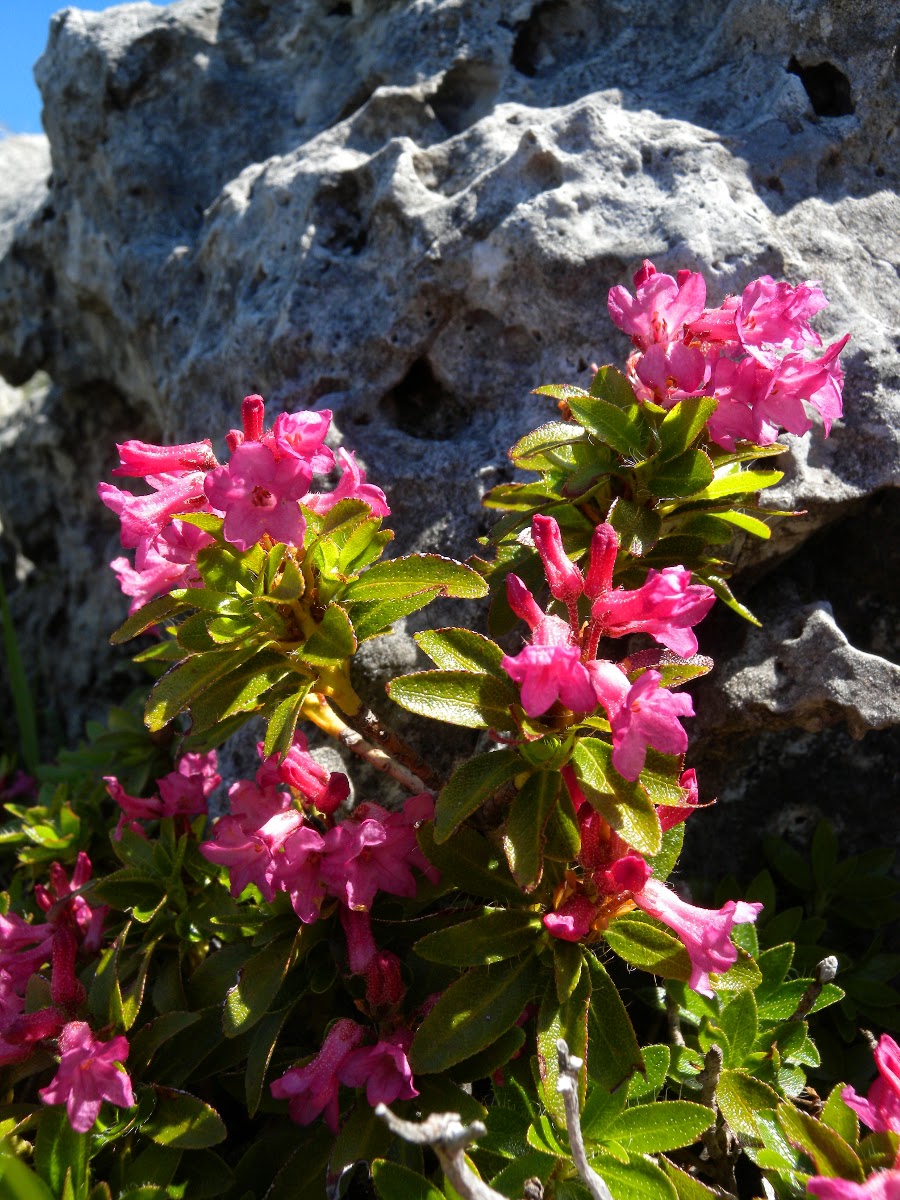 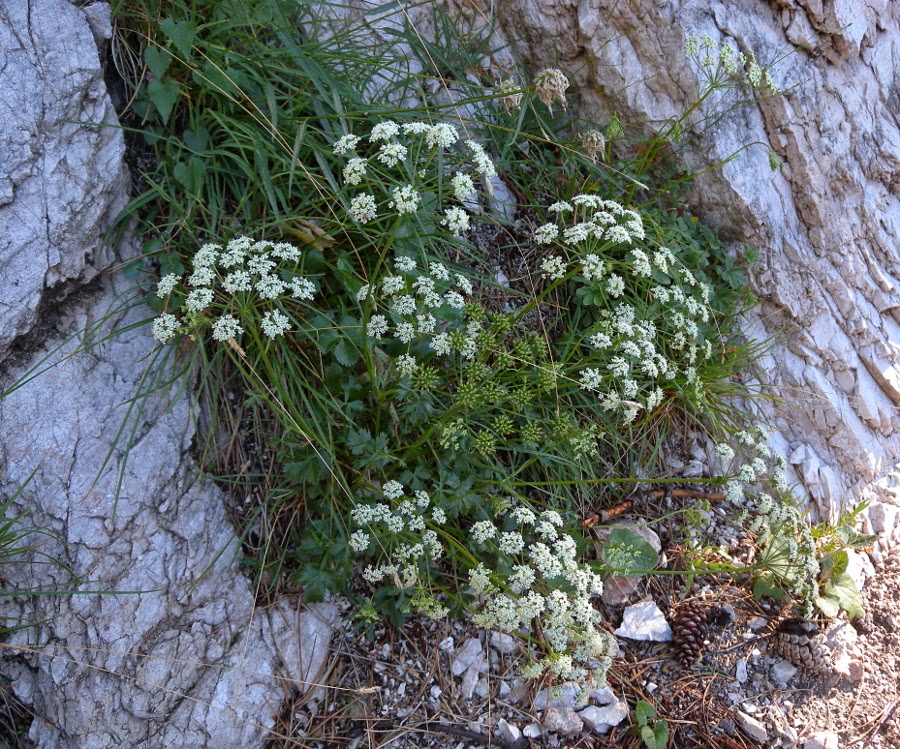 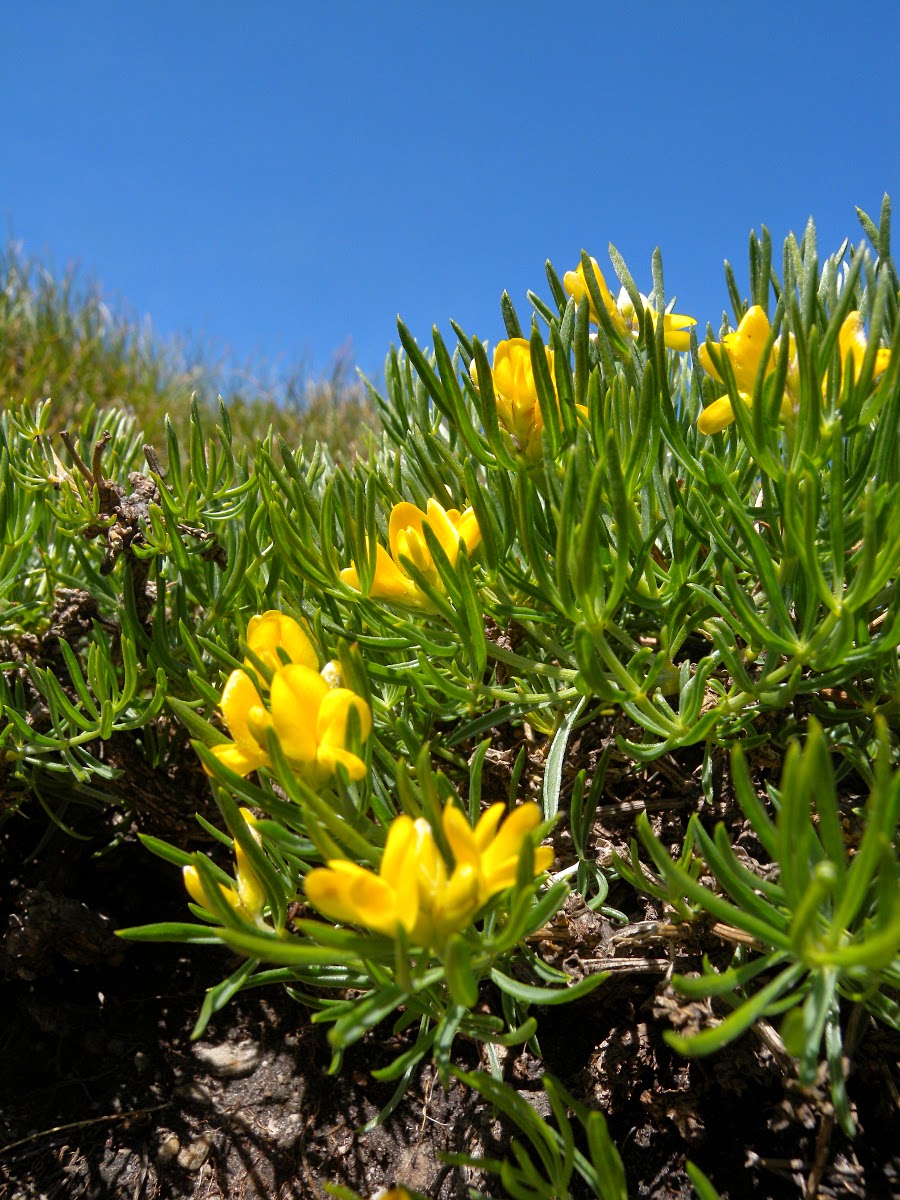 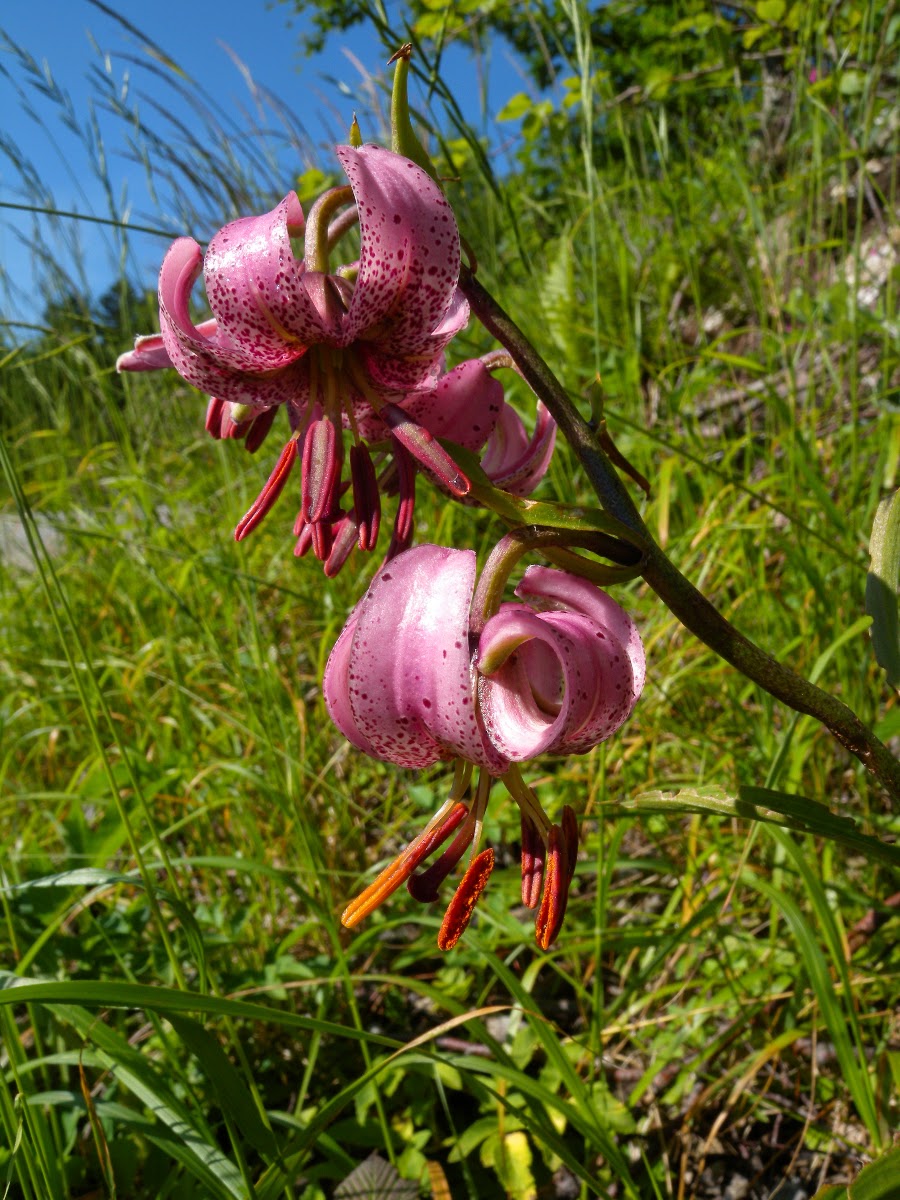 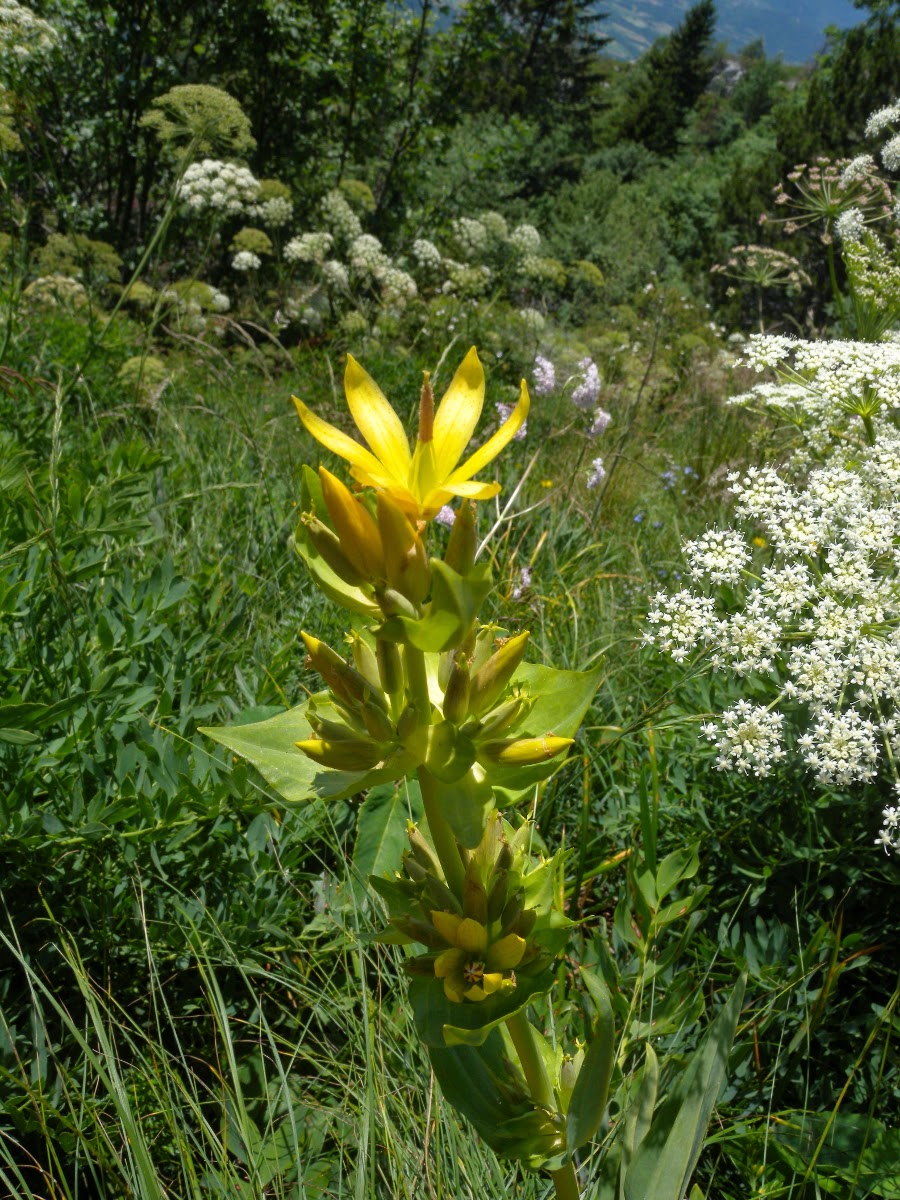 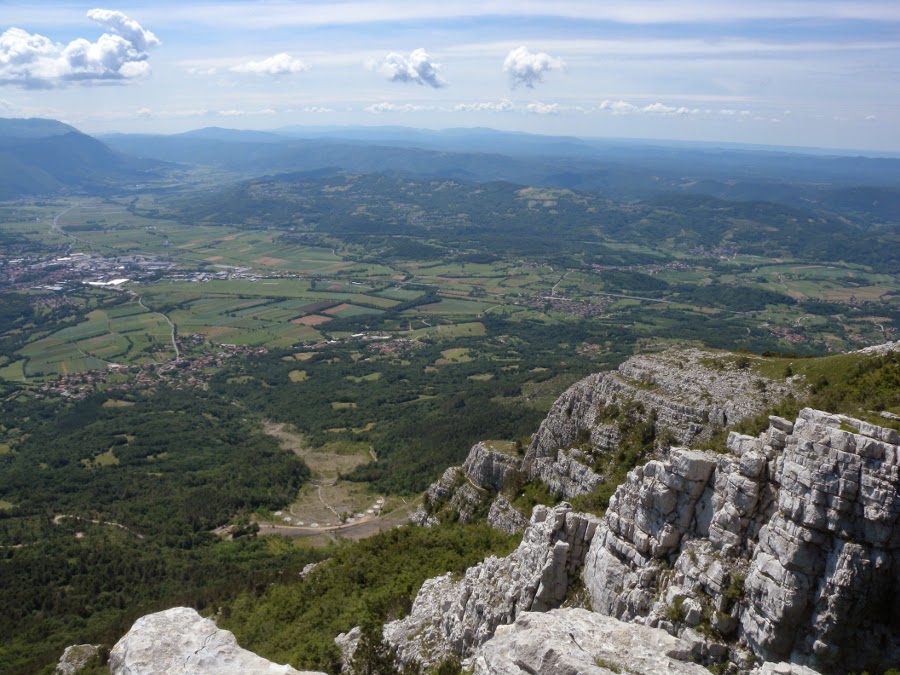 My third ever true botanical visit to Trnovski gozd (Trnovo forest). More precisely the southern edge of the forest (Čaven and Mala Gora - 1034 to 1242 m), which is dominated by open grasslands, steep rocky slopes, cliffs and screes. An area of mix between different floras (Alpine, Balkanic, Submediterranean...) resulting in a large variety of interesting taxa, including several endemics and extremely localised species. No wonder I didn't see any birds... my look was constantly concentrated on the ground. At the end of the day I gathered a pretty long list of species, including several "dreamed of" lifers.
The only true interesting birds were 4 Lesser Grey Shrikes seen in the Vipava valley at the end of the trip.
Posted by Domen & Sara at 03:02

Suffering from heavy botanical intoxication at the moment. This is simply the best time of the year to go around and look for wildflowers, so that's what I've been doing. Above is a selection of the stuff seen this morning on the Slovenian Karst. I have tons of flower pics I could post... but I always try to do a "best selection" of every trip. Today apart from the above I was also quite happy with an unexpeceted White Stork in flight over the fields. This is probably one of the birds breeding around Razdrto or somewhere in the Vipava valley. I don't know any breeding locations on the Karst. Despite the late time of my visit, a Barred Warbler called from a bush and several other birds were singing, including an odd Nightjar, delivering its song at around midday!
Also a few Hoopoes, a Quail, Black Woodpecker and usual summer breeding mix.
Posted by Domen & Sara at 12:53

Another week spent with the Ortolan Buntings. The birds have become less active and vocal, but there has been increasing activity of both sexes carrying food to the nests. With the help of colour rings I managed to identify two different active pairs in a small area of dry grassland. Some other Ortolans in the surroundings were only heard singing. Up to 5 birds in total - anyway this is a good portion of the Slovenian population.
Meanwhile the pair of Golden Eagles is doing well. A chicken-sized juvenile is now sitting on the nest, while the parents are usually seen cruising around the grasslands, occasionally also sitting on the nearby rocks. 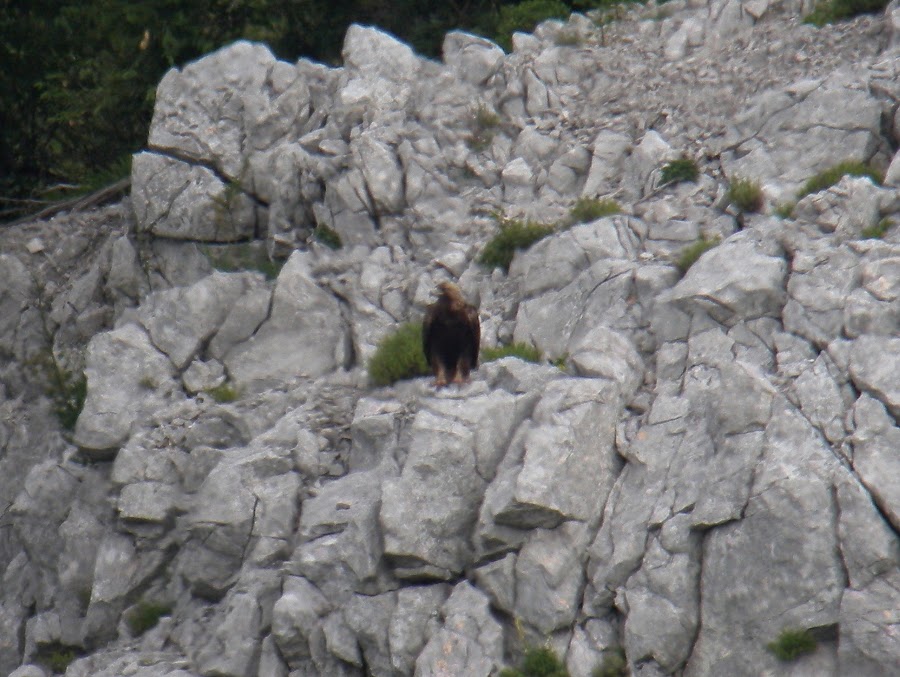 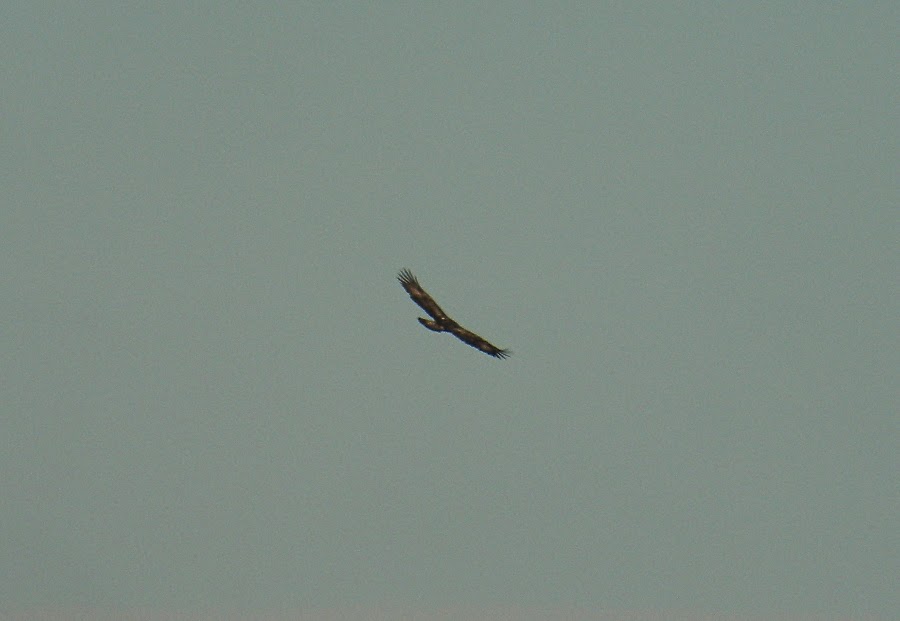 The major highlight on Saturday was a Nose-horned Viper (Vipera ammodytes) on a dry stony wall on the grassland "at the Buntings". It was a quite small individual, so probably still a young. The area is a great place for Nose-horned Vipers which prefer stony and dry places on calcareous grounds. They have a Balkanic distribution and in Slovenia they are found mainly on karstic terrains.
Otherwise lots of Hoopoes (up to 8) which are frequently flushed from the road. Also of note were Hobby (1 mobbing the eagles), Subalpine Warbler (1 singing), Tawny Pipit (2), Turtle Dove, Crossbill and a male Honey Buzzard displaying in the air (wing clapping). 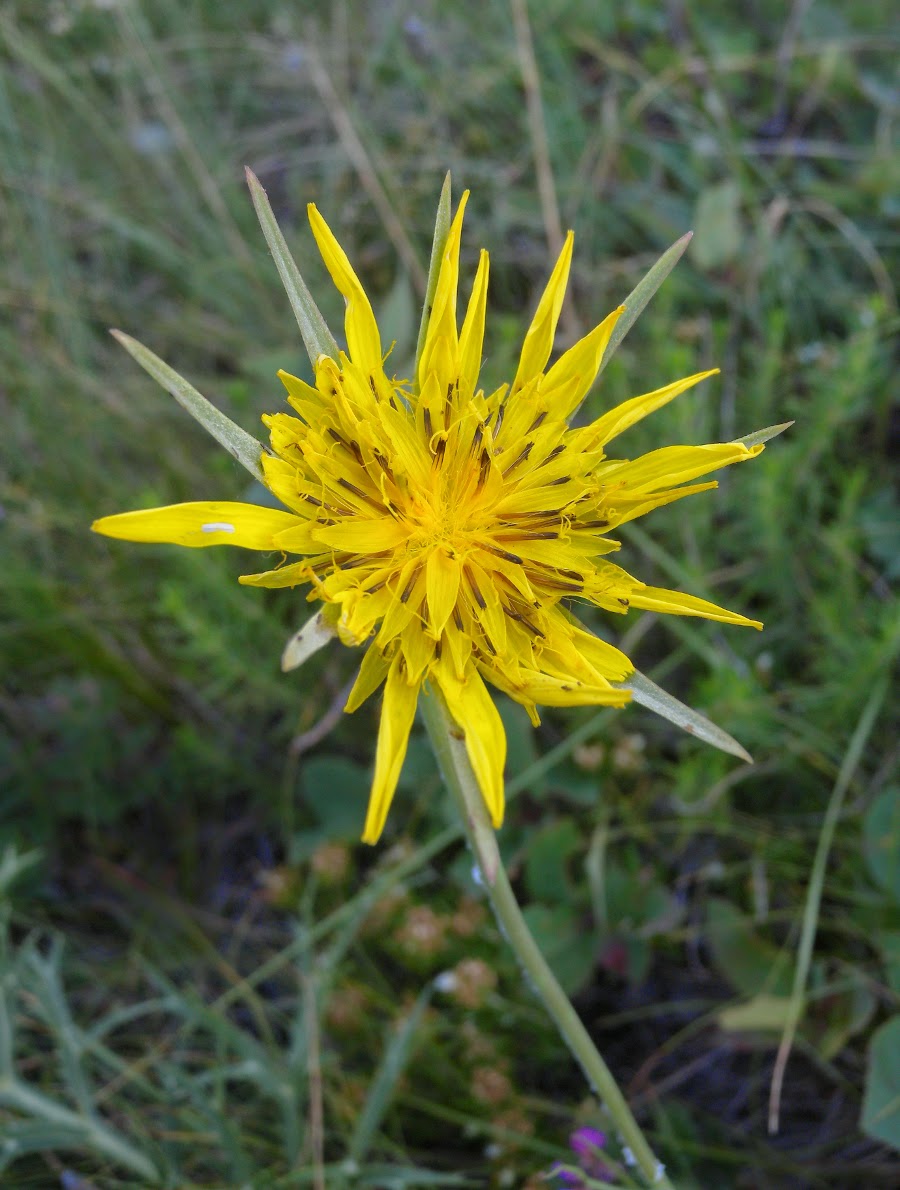 Today was my first day of weekly bird monitoring (again after a long time) at the Škocjanski zatok nature reserve. The wetland is now in full breeding swing with lots of juveniles around. I counted no less than 66 Black-winged Stilts (about 30 pairs bred this year), 53 Common Terns and lots of Coot chicks.
The most welcome news is that of the breeding of LITTLE TERN in the brackish lagoon. This year the species is breeding again after many years of absence on the site. Today I saw the pair: one bird sitting on the nest, the other fishing nearby.
The tall reeds are now covering much of the freshwater marsh, so viewing is quite difficult. From the depths of the Phragmites stands there are literally tens and tens of singing Great Reed and Reed Warblers as usual in this season. Perhaps the most interesting are Little Bitterns (4 today) giving brief flight views as they fly from one patch of reed to the other. Also a few passage waders in the form of Common and Wood Sandpiper and Lapwing - not really common at this time of year. Breeding birds also include several pairs of Little Ringed Plover and Yellow Wagtail (cinereocapilla) in the lagoon.
Posted by Domen & Sara at 11:50

Quite busy time with studies and not much birding, except for the weekly Ortolan Bunting census. Had six singing males last week plus usual local stuff like Golden Eagle, Hoopoe family (5 birds), common grassland birds and a Short-toed Eagle.
I'm taking time to ID and photograph some of the common wildflowers on the Karst. Above is a taste of Karstic grassland at this time of year.
Posted by Domen & Sara at 13:04