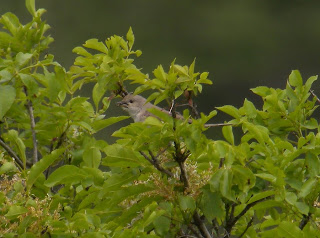 I've just spent a great day of good birds and wildlife on the Karst. Late in the morning I went on the Slovenian side to check the site where Barred Warbler was found last week. The area held a good variety of the usual coutryside birds: Red-backed Shrikes and Skylarks everywhere, 3 Ravens, Corn Buntings, 2 Common Whitethroats, Buzzard, Spotted Flycatcher, a singing Hoopoe, Black Woodpecker, Golden Oriole, Cuckoo ect.
Raptors were very active from about 12.30 onwards. Six Red-footed Falcons were still on site; usually seen hovering over the grassland or perching on a dead tree: 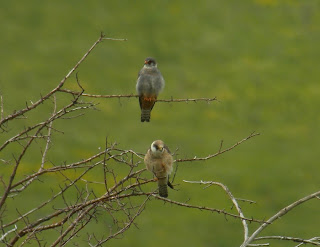 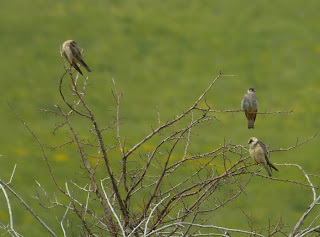 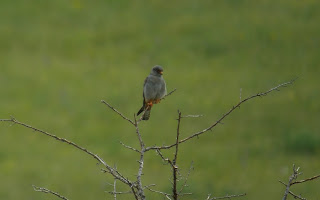 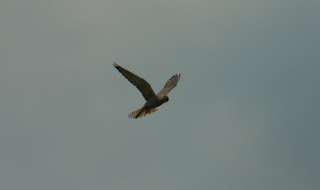 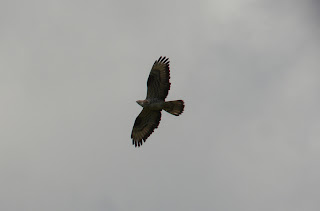 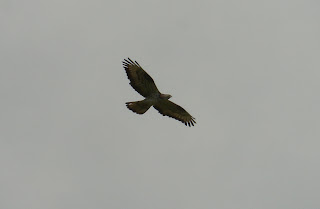 ...and eventually a Short-toed Eagle showed up as well: 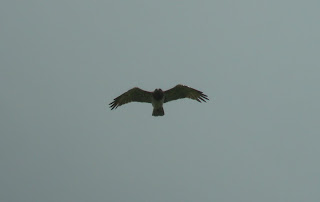 While scanning the sky with bins I immediately noticed a far away black dot in the sky - almost motionless. I pointed the scope and realised it was a GRIFFON VULTURE! In was probably on migration either down to Croatian colonies or northwards to the Alps. But this is still a good bird to see on the Karst! After that a female Marsh Harrier appeared in the sky and then the true star of the day started to perform: BARRED WARBLER! Initially I spotted a bird that I aged as an immature/female on a small Fraxinus tree - showing pretty well while feeding there for about 10 minutes. Later when I heard an adult bird singing I pointed the scope to a bush and... bang! A perfect male with the yellow eye, singing in full view. Unfortunately the view was very short, so I couldn't take any pics of the male. I then got nice flight views of it when it was chased away by a Red-backed Shrike! Before leaving the area I realised there should have been a third bird around (just heard).
Some pics of the immature/female (see also top of the post): 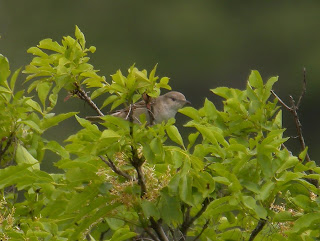 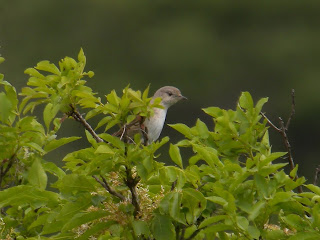 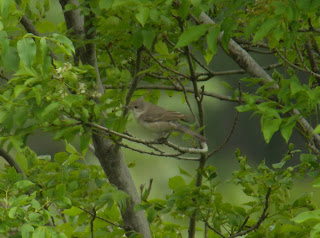 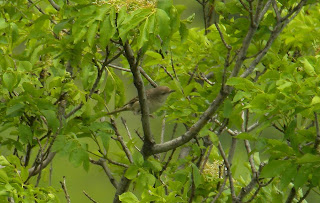 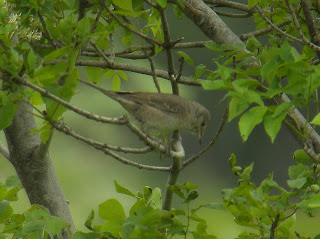 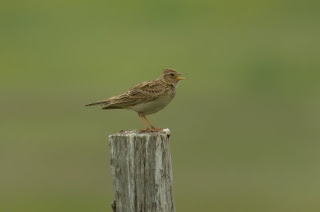 In the late afternoon I attended a talk about birds and butterflies on the Karst that was held by a friend of mine in the Doberdob lake nature reserve. After that we had a walk around the rocky path above the lake to see a bit of butterflies. Best birds noted here included 3 singing Rock Buntings, a Hobby and a male Red-backed Shrike.
Posted by Domen & Sara at 13:16