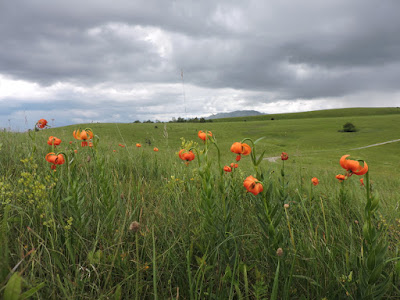 After the trip to Poland I finally found some time to write a post. It's been a busy few weeks, frequently in the field around my usual "circuit" in western Slovenia. I'm getting the most out of botany at the moment. Thus the post will be a bit long and will comprise very different areas and habitats.


Let's start from Notranjska. At the moment I'm working around Cerknica, so I'm quite frequently at different sites in this region in central Slovenia. The Nanoščica river basin hosts large carpets of Iris sibirica, while some places around lake Cerknica (Cerkniško jezero) are stuffed with Gladiolus illyricus & marshland orchids. The lake itself is drying out now (it is a karstic, temporary lake) and wildlife is gathering around the few bodies of water. The most interesting sight at the lake are two Cranes Grus grus, which are present at the site since April. This is a very unusual time to see a Crane in Slovenia, because most of them migrate through the country in early spring and autumn. Some stay in winter as well, but summer records are rare. The two Cranes are actually behaving very oddly, almost if they would be breeding. Some days ago I watched one of the two birds mobbing an intruding Fox Vulpes vulpes as well as some of the Mallards Anas platyrhynchos present at the site. The Crane was calling loudly all the time and seemed to be territorial. Don't know what was going on. Anyway it would be interesting to follow these two birds in the coming weeks.
Other birds I saw around the lake include: Corncrake Crex crex (several territorial birds), Common Rosefinch Carpodacus erythrinus (2-3), Bittern Botaurus stellaris (1 booming), Hobby Falco subbuteo, Reed Bunting Emberiza schoeniclus, Garganey Anas querquedula, Night Heron Nycticorax nycticorax (5),  Savi's Warbler Locustella luscinioides (1) & several others. 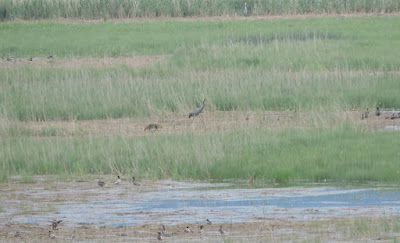 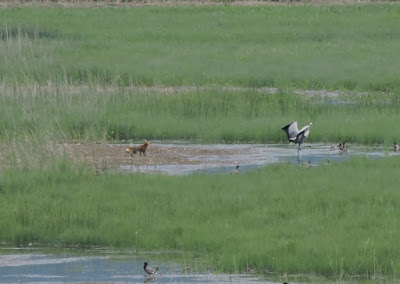 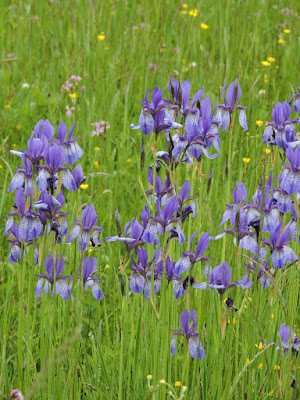 Last week I also went to check some Ural Owl Strix uralensis nest-boxes with an owl expert. There were two active breeding pairs in the boxes we checked and we had excellent views of the adult birds nearby. The chicks will be out of the nest anytime soon.
Below also a few pics of common flowers found in the Dinaric forests of beech & fir (Abieti-Fagetum) at this time of year. 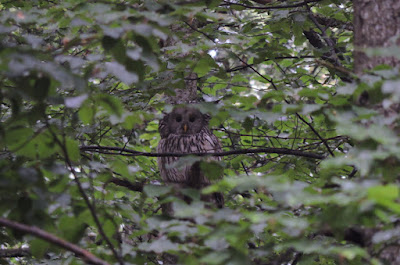 
Some days ago I visited the southern edge of Trnovski gozd (Trnovo forest), mount Čaven and Kucelj (1237 m). The flora there was of course a bit late in comparison to that of lower-lying areas, but it was good to catch up with some interesting species after some time. A pair of Golden Eagles Aquila chrysaetos is now breeding in some cliffs above the town of Ajdovščina, on Čaven's slopes. Apart from that, a calling Nutcracker Nucifraga caryocatactes and a Peregrine Falco peregrinus were the best birds on Čaven.


The Karst is now in full bloom. It is probably the best time to be out for flowers, especially on dry stony meadows. Among the common, but very colorful species, some rarities and scarce species stand out. One of the most amazing is Lilium carniolicum, which can be seen on dry upland meadows, like mount Vremščica (1027 m), where I found them yesterday. Mount Vremščica holds quite good numbers of this beautiful species that got its name from Carniola, a former historical region of Slovenia - the species was first described in Slovenia.
Below is a small selection of some of the flowers, mostly found on dry stony meadows & nearby woodlands. At the end also a few orchids from the coastal area around Trieste. 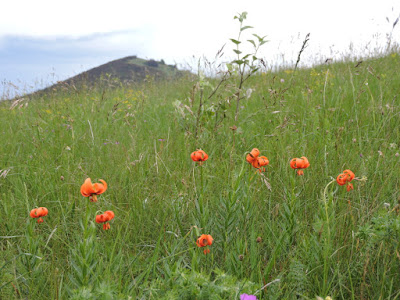 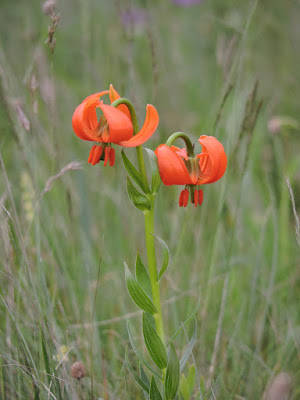 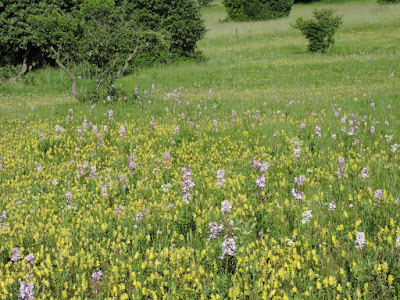 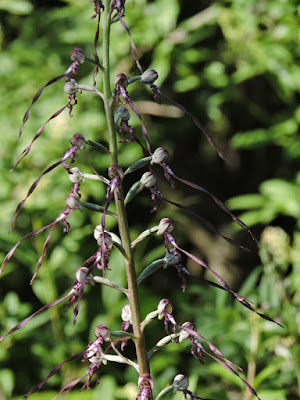