A spring of Cranes 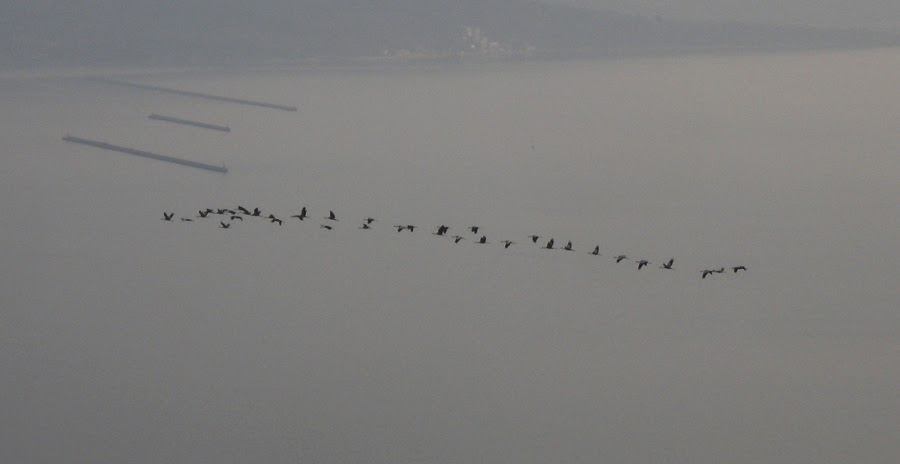 Local patch: conditions for vis migging were excellent today, so in the late afternoon I headed up to the cliffs, hoping to see some migration going on. I was immediately lucky when I arrived on site: a flock of 37 COMMON CRANES rose up from the coast and flew past the cliffs (really close!) heading SE towards Trieste. Just the 4th record for the local patch area by the way.
The sea was otherwise quite lively as well with flocks of ducks. Yesterday I managed to see this year's first GARGANEYS in a flock of 17 birds. Today from the cliffs I spotted a raft of 75 individuals. Nearby was also a flock of 15 Teals and further out at sea a raft of 25 Wigeons.
Common Gulls are now present in their hundreds in the gulf and are regularly seen aggregating on the sea, together with large numbers of Black-headed Gulls. Summer-plumaged Black-necked Grebes are also commonly seen in flocks of up to 30-40 ind.
The cliff area also produced two Rock Buntings, 2 Ravens but not much else.
Also 2 Lesser Spotted Woodpeckers were heard earlier in the afternoon on the Karst.
Posted by Domen & Sara at 11:46