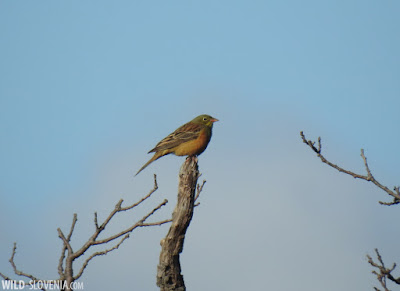 In the past few days we carried out the second part of the Ortolan Bunting Emberiza hortulana monitoring along the Karst edge of SW Slovenia, where the country's last singing males still cling (see this post). At the beginning of May we only recorded one singing male, while now we had 7 birds. Sadly this is probably the total number of all the Ortolans left in Slovenia. Despite the sad note we enjoyed very much in the melancholic songs of the territorial males, singing from the tops of oaks and sometimes allowing good views. We also managed to observe a female, followed by a male carrying food in its beak and giving the characteristic bullfinch-like call - a clear sign that a nest with nestlings was nearby. 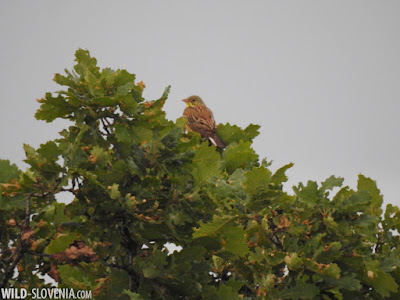 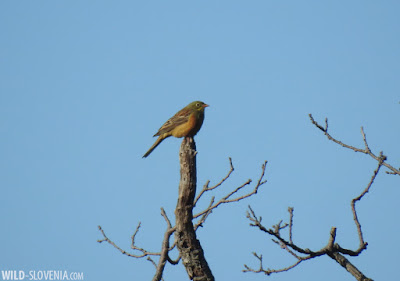 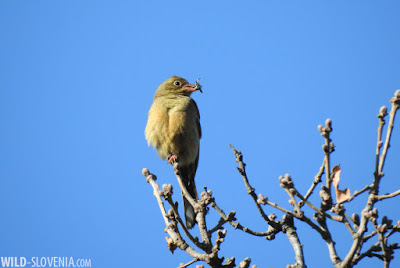 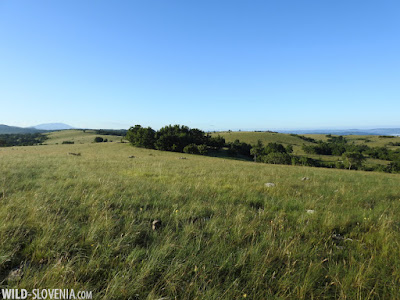 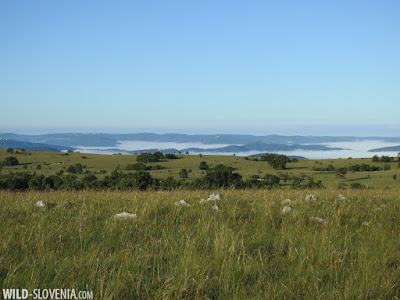 The dry stony grasslands where Ortolans live are also otherwise very lively at this time of year and full of interesting and/or localised birds. Among the most interesting species recorded was certainly a skulky Woodchat Shrike Lanius senator - one of two birds already reported at the end of May by other observers and now, given the late date, a probable breeder in the area. If confirmed, this would represent only the second breeding record for Slovenia, although pairs in breeding season have already been noted before. Sara was also very lucky to spot two Rose-coloured Starlings Pastor roseus (part of the recent large invasion from SE Europe), while other interesting birds observed included Tawny Pipit Anthus campestris, Turtle Dove Streptopelia turtur, Honey Buzzard Pernis apivorus, Hoopoe Upupa epops, Rock Bunting Emberiza cia, Cirl Bunting Emberiza cirlus, Alpine Swift Apus melba, Golden Oriole Oriolus oriolus and large numbers of Red-backed Shrikes Lanius collurio. 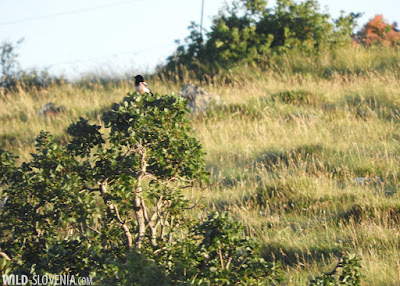 Butterfly diversity in the meadows is reaching its climax now and the Karst edge is a major hotspot for Lepidoptera in Slovenia. At the moment the predominant species include Black-veined White Aporia crataegi, Marbled White Melanargia galathea, Twin-spot Fritillary Brenthis hecate and various other Melitaea fritillaries, as well as different species of Burnets Zygaena, including the characteristic Carniolan Burnet Zygaena carniolica. Although this year we didn't have the time to dedicate entirely to butterflies yet, we still managed to observe some scarce species like Niobe Fritillary Argynnis niobe and Safflower Skipper Pyrgus carthami. Hopefully more to come in the next weeks. 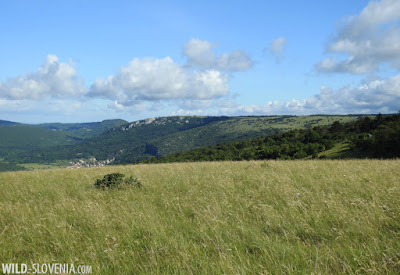