The demise of Ortolan Buntings 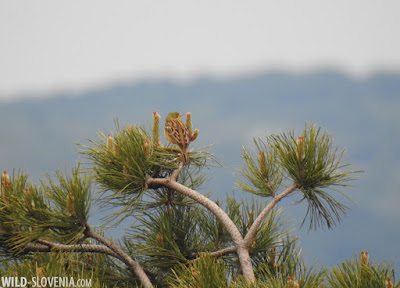 Ortolan Bunting Emberiza hortulana is one of the rarest breeding birds in Slovenia, whose population has declined dramatically in the last 20 years. The species' main habitat is represented by steppe-like dry limestone grasslands in the Karst region. The habitat itself (Eastern sub-Mediterranean dry grassland) is one of the most endangered habitat types in Europe, but also one of the richest in terms of biodiversity. Since 2006 DOPPS-BirdLife Slovenia has been monitoring the population of Ortolan Buntings with annual censuses on specifically selected areas. In 2013-2014 within his university thesis, Domen has investigated the distribution and the decline of the species and studied the last remaining breeding population in the country. In 2014 a total of 16 individuals was counted within this last population, of which only 4 pairs probably bred. For comparison in 2019 only 7 birds were recorded and no signs of breeding were noted. The prolonged and constant decline means the species is sadly doomed with extinction in Slovenia. There are probably several causes that drive the decline of this species, but one of the main problems in the Karst is habitat loss by overgrowing of the grasslands, due to the abandonment of grazing. In the last couple of years we've been checking the presence of this rare breeder in an area of overgrown grasslands near Sežana, where the species was present until 2014, but not later. For a change, this year we were assigned again the area where we studied the species back in 2014, located in the extreme SW part of the Karst edge, close to the border with Croatia. A few days ago we visited the area and carried out the season's first census. In the species' optimal habitat we only recorded two singing Ortolan Buntings. It is probable that we were still a bit early and not all the territorial individuals have returned from Africa yet. However we probably shouldn't be expecting a considerable increase in numbers in the next seasons. Despite the sad note, we were glad that we could enjoy the two singing birds, although usually from quite a distance. Hopefully on the next census there will be at least a few more Ortolans to count... 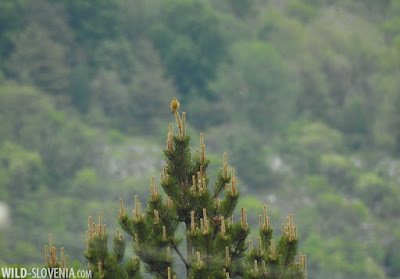 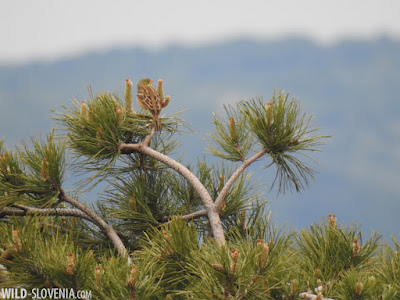 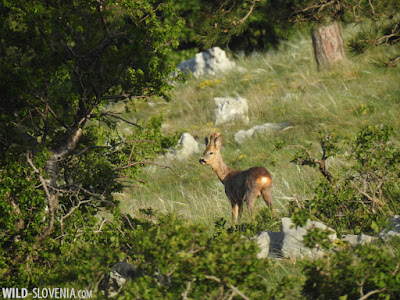 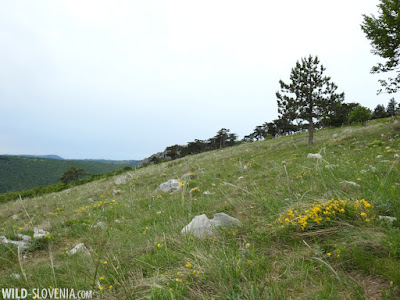 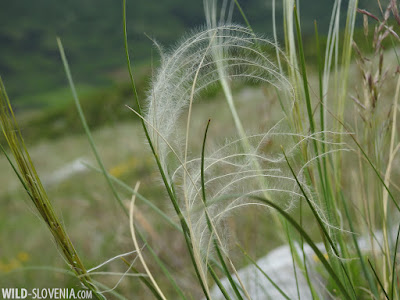 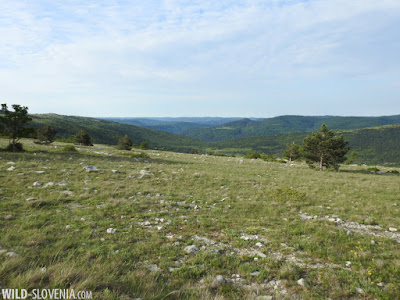