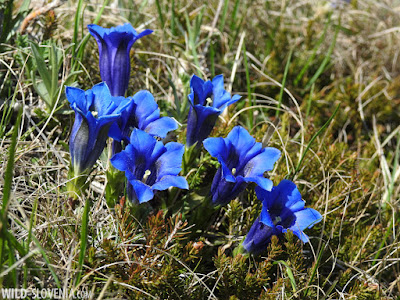 Last Saturday we visited the Trnovo forest (Trnovski gozd) and the mountain meadows on its southern edge. This area lies on a high-karst plateau, rising between 1000-1500 metres above sea level and towering above the Vipava valley in western Slovenia. As we've already mentioned several times in the past blogs, the area is botanically one of the most outstanding places in the whole of Slovenia. Butterfly and bird diversity is also very high, but in this post we'll concentrate mostly on plants. The mixed Dinaric forests (Abieti-Fagetum) of Trnovski gozd host the usual array of mountain forest plants found also in other parts of western and southwestern Slovenia, except for some additional alpine elements. The northern edge of the forest, with its cold and shady cliffs is home to the endemic Carniolan Primrose Primula carniolica a species that we have already mentioned at the end of this post and which is endemic to central and western Slovenia. Here in Trnovski gozd the species grows quite abundantly in some places and at times it mixes with Bear's Ear Primula auricula, creating an endemic hybrid - the Idrija's Primrose Primula x venusta. Although on Saturday we visited some good sites for the endemic hybrid, this plant wasn't our primary target. The flowering of Primulas seems to be quite late this year (probably because of the drought) as most Carniolan Primroses were not in flower yet (although they've already gone over at lower altitudes). Anyway we found one or two specimen just beginning to bloom. Maybe in the next weeks we'll pay another visit for a better show... 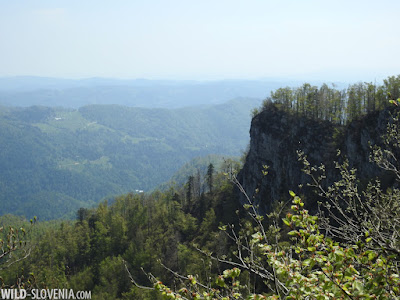 
After spending some time in the northern part of the forest, we moved to the southern edge to enjoy some flower diversity on the mountain meadows and rocky slopes of mount Čaven. This area lies on the junction of different biogeographical zones where various elements (Alpine, Mediterranean, Balkanic) meet, thus creating an exciting mix for the botanist. Moreover the southern edge of Trnovski gozd is one of the Slovenian sites with the highest concentration of rare species. At this time of year the stony meadows are covered by beautiful Trumpet Gentians Gentiana clusii, Bear's Ears Primula auricula and Garland Flowers Daphne cneorum, all representatives of the Alpine flora and strictly protected species. The limestone rocks hide the rare Narrow-leaved Wormwood Artemisia nitida, as well as the Illyric "Three-flowered Spurge" Euphorbia triflora ssp. triflora and the steno-endemic umbellifer Hladnikia Hladnikia pastinacifolia, the latter growing only in Trnovski gozd and nowhere else in the world! Many other interesting plants were out including Elder-flowered Orchids Dactylorhiza sambucina and the distinctive Finger-leaved Violet Viola pinnata to name just a few more. 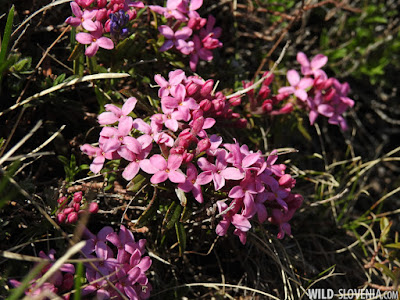 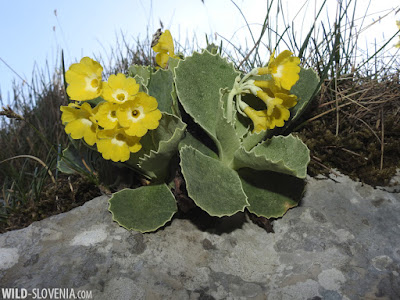 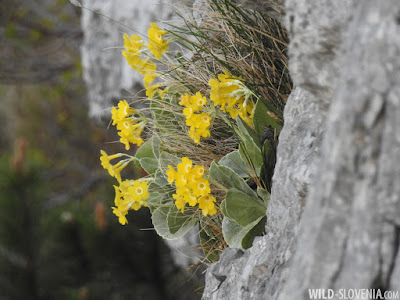 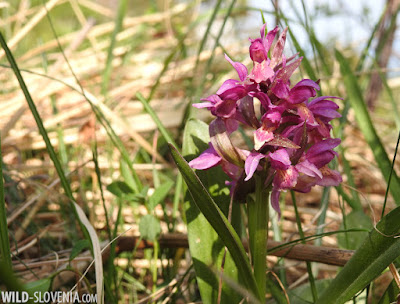 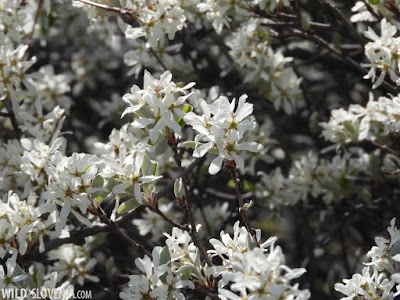 Among other wildlife of note were the first Marsh Fritillaries Euphydryas aurinia of the year, on the wings with several other commoner butterflies, while a nice Pine Hawk-moth Sphinx pinastri was a lifer for us. In the sky a Honey Buzzard Pernis apivorus was circling, while Tree Pipits Anthus trivialis, Lesser Whitethroats Sylvia curruca and Rock Buntings Emberia cia were singing on the stony meadows. While driving back and out from the forest we also checked a small permanent pool of water in the forest and found in it about 20 Alpine Newts Ichthyosaura (Triturus) alpestris. 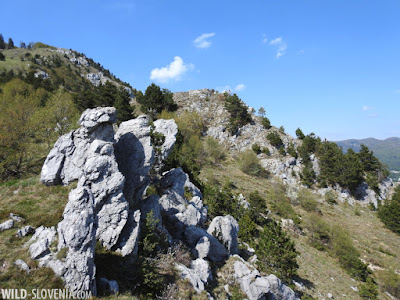 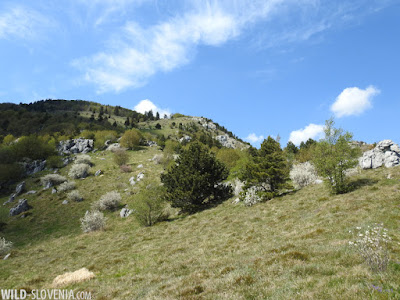