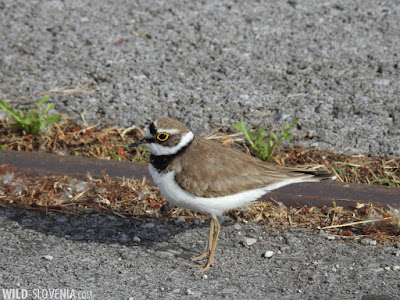 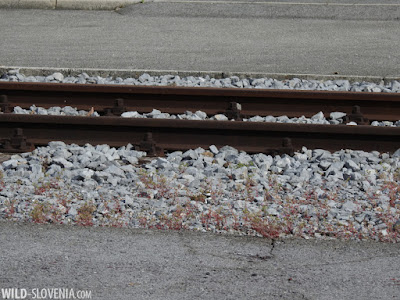 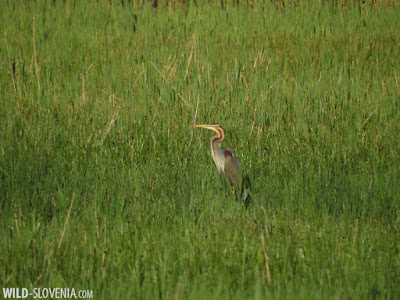 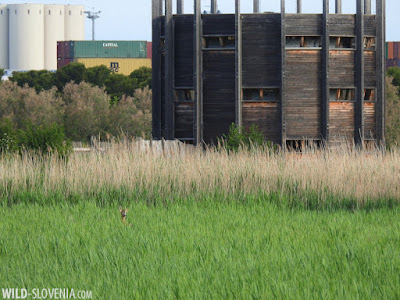 Spring wildlife censuses are continuing with the usual pace a Škocjanski zatok Nature Reserve. However we are actually enjoying in the last days of peace and solitude (lockdown mode), as the reserve is probably about to re-open to the public anytime soon. Lots of interesting, mostly seasonal birds have been seen at the reserve in recent weeks, including the first Gannet Morus bassanus for the area. All the typical summer migrants like Little Bitterns Ixobrychus minutus, Purple Herons Ardea purpurea and Great Reed Warblers Acrocephalus arundinaceus have returned and their breeding season is in full activity. The greatest surprise this year is the return of the Kentish Plover Charadrius alexandrinus to the brackih lagoon. Repeated observations of up to 6 individuals and territorial behaviour suggest an almost certain breeding. This species went extinct as a breeding bird at the reserve after the renaturation (loss of dry mudflats), although small numbers were still to be observed on migration occasionally. Kentish Plover is also otherwise a very rare breeder in Slovenia, with its only regular site being the Sečovlje salina, on the coast. Recently we also observed two birds at the Strunjan salina (Landscape Park Strunjan) - the one in the photo above.
The brackish lagoon at Škocjanski zatok also hosts at least a pair of Avocets Recurvirostra avosetta, as well as a good colony of Common Tern Sterna hirundo & Little Tern Sternula albifrons and lots of Black-winged Stilts Himantopus himantopus. The Little Ringed Plover Charadrius dubius in the above photos decided to nest, not in the lagoon as usual, but on the railway line near Koper's semi-abandoned station. Migration is already slowing a bit, but interesting migrants recently included: White-winged Tern Chlidonias leucopterus, Whiskered Tern Chlidonias hybrida, Marsh Sandpiper Tringa stagnatilis, Temminck's Stint Calidris temminckii and Spoonbill Platalea leucorodia.
Posted by Domen & Sara at 06:11