WALLCREEPER in the patch! 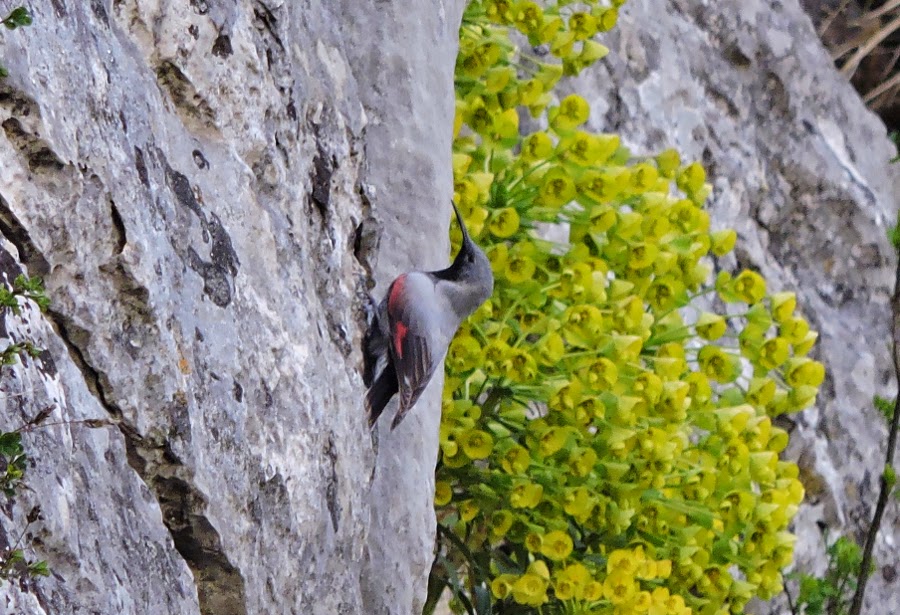 Yesterday in the late afternoon I made a short visit to the limestone cliffs of Monte Grisa, in my local patch. I went there with the intent of a short walk and to look around for any newly arrived migrants.
The area indeed held my first 2 Common Swifts Apus apus of the year, along with 4 Alpine Swifts Apus melba, 4 Swallows Hirundo rustica and 2 House Martins Delichon urbicum. Somewhere under the cliffs, in the shrubby vegetation a Sardinian Warbler Sylvia melanocephala was calling, while a migrant female Kestrel Falco tinnunculus flew overhead. While looking at the cliffs and wondering about the blooming "explosions" of the sulphur-coloured Euphorbia wulfenii, a restless bird caught my attention. I immediately knew what is was: a WALLCREEPER Tichodroma muraria. My first in the patch! Moreover it was a stunning male with extensive black on the face and chest. I was quite astonished by the extent of the black - covering almost all the underparts of the bird. I'm certainly not used to see this plumage, as most of my observations are from the winter period. The only other time I saw a summer-plumaged male (actually 2 together) was several years ago, one April day in the Glinščica/Val Rosandra valley (always on the Karst edge), so basically away from its breeding grounds. It looks like the birds that winter here leave the areas, not before April.
As I said the bird in question was quite restless and kept hopping and flying on the cliffs all the time. I watched it for 10 long minutes, usually quite close-by. At a certain point it also delivered a short note of its rarely-heard song! A video of the bird here (watch in 720p). 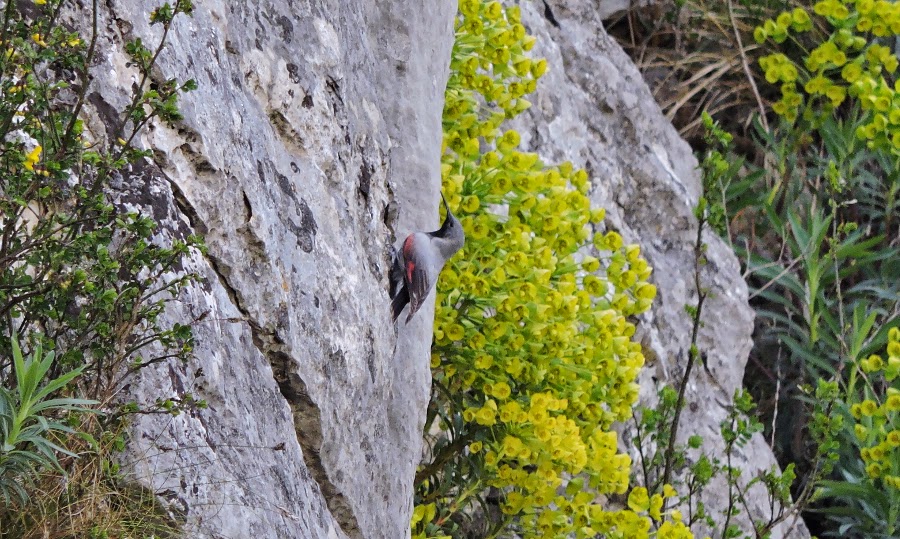 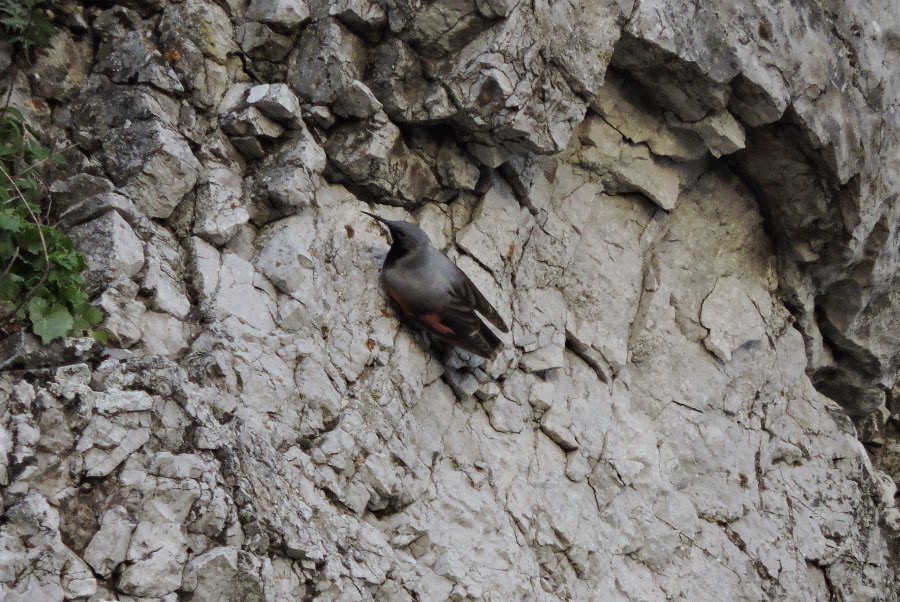 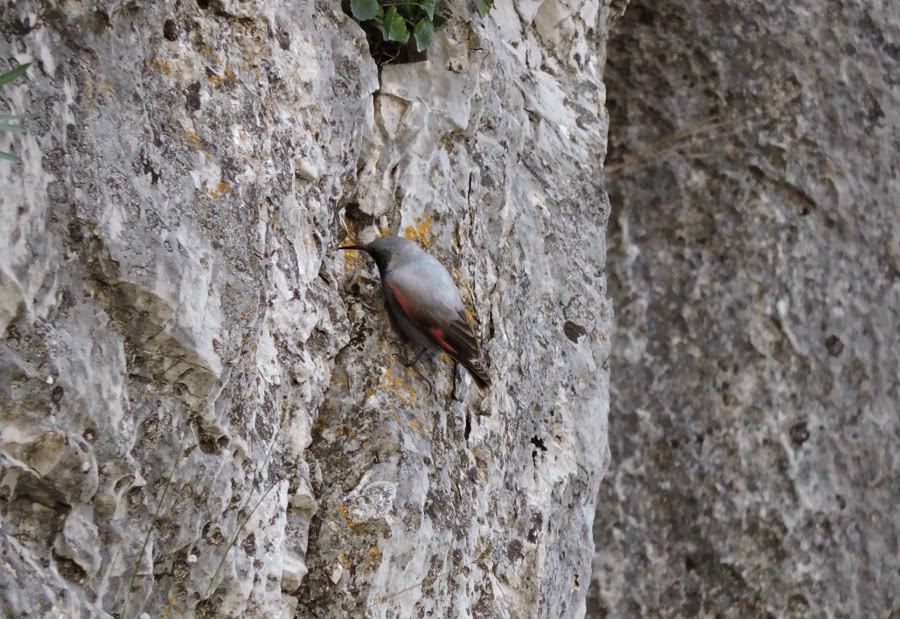 After those 10 minutes, the bird made a short flight to some nearby, lower cliffs, where I couldn't see it and later I didn't relocate it. I remained there, staring at the cliffs with a smile on the face while the last rays of sun were shining on the rocks. 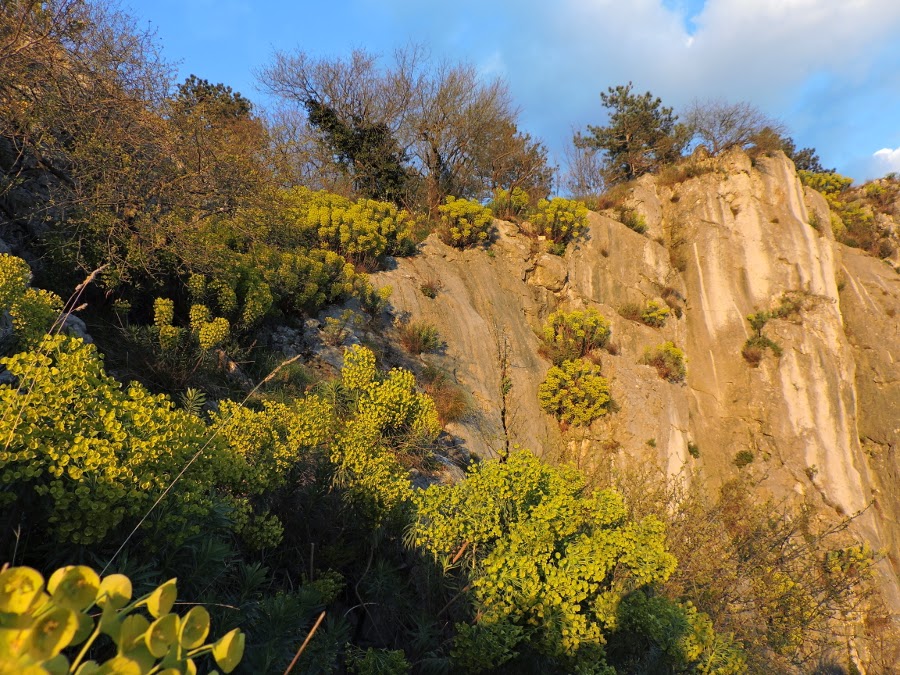