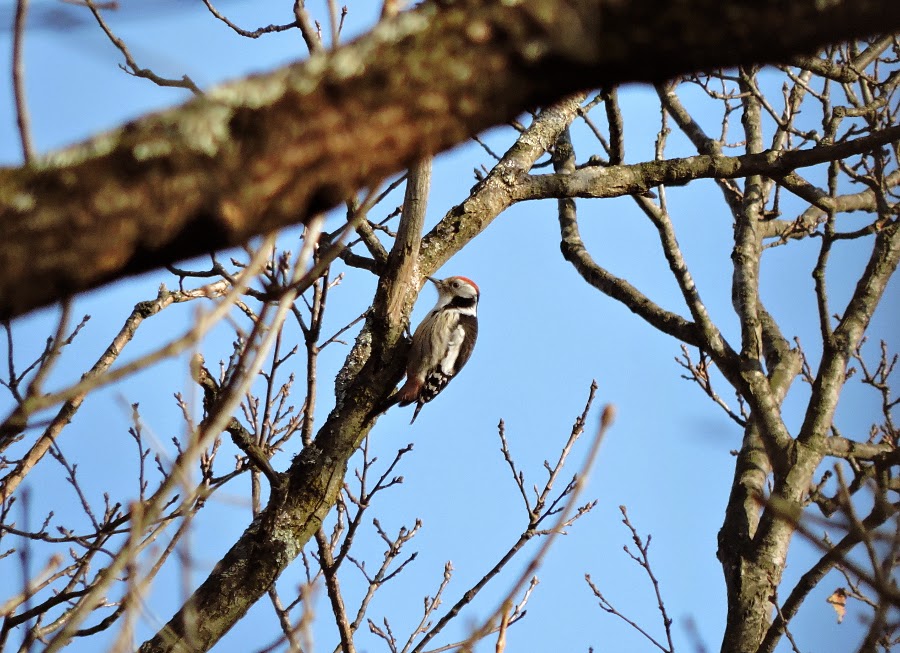 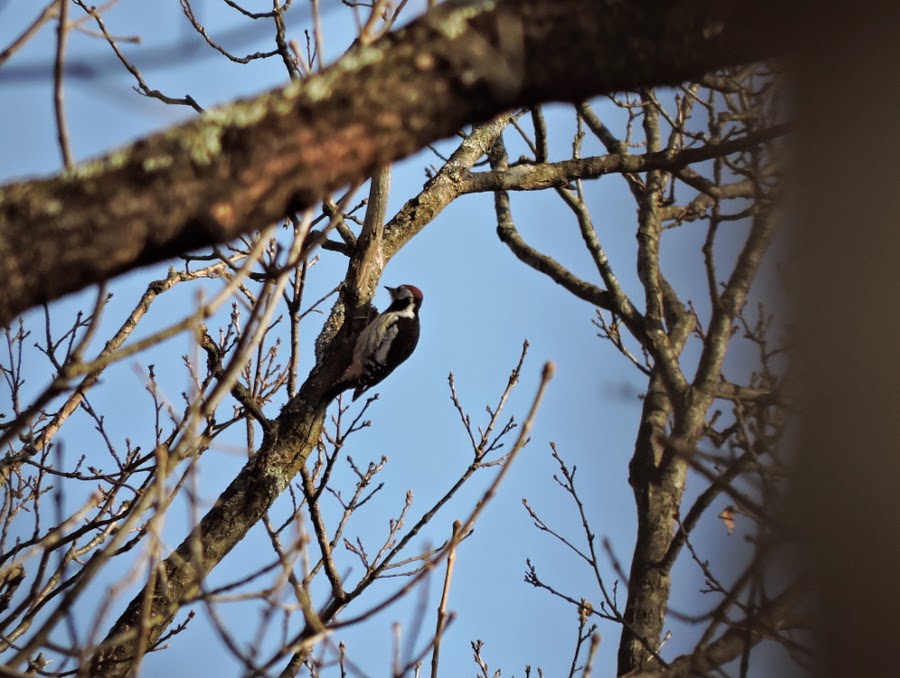 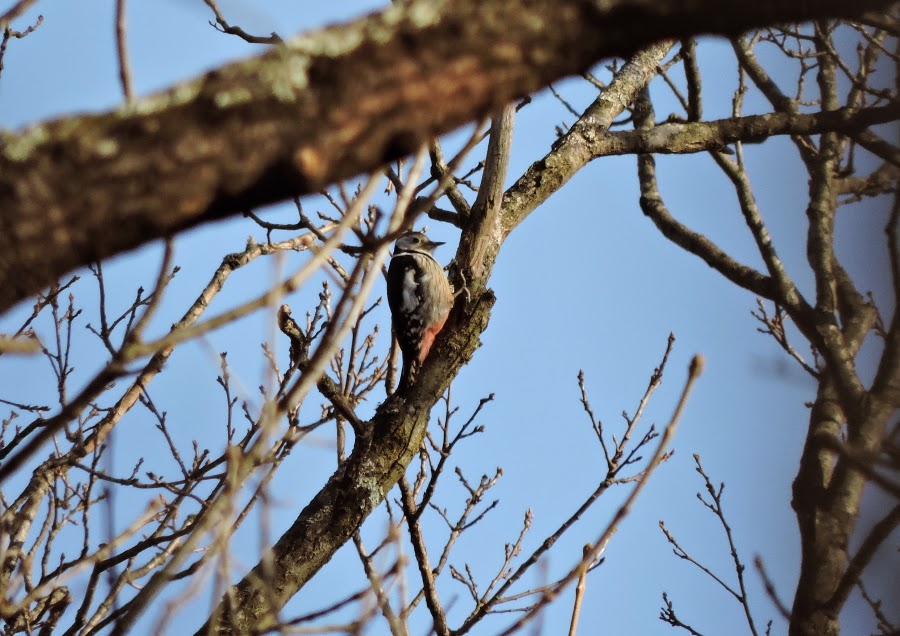 The Middle Spotted Woodpecker I found in January (see here) prompted me to go and look for the species also in other suitable habitats of the Slovenian Karst. So yesterday I went, partly with that intention, and at the end of the day I found not one, but two (!) different MIDDLE SPOTTED WOODPECKERS Dendrocopos medius. The first was in a mature oak woodland (a silent but showy bird) and the second on the edge of it, sitting on a black poplar and giving its territorial call.

Middle Spotted Woodpecker is a bird with a patchy distribution in Slovenia. It is most common in the east of the country and actually quite rare in the west. On the Karst there are just a few records (less than 5, including mine), although the species' presence might be underestimated. Actually I'm sure no one ever made a proper census. The Karst is nowadays mostly covered by shrub and oak woodland and some older stands might hold unknown breeding populations. So the species might be more common here than we might think.

I was of course very happy to find two new locations, but also because at the end of the day I contacted all the other common woodpecker species. Great Spotted Dendrocopos major was quite common (7 ind.), along with Lesser Spotted Dendrocopos minor (3 seen, 1 heard); whereas 3 Black Dryocopus martius, 2 Green Picus viridis and 3 Grey-headed Woodpeckers Picus canus were only heard calling. 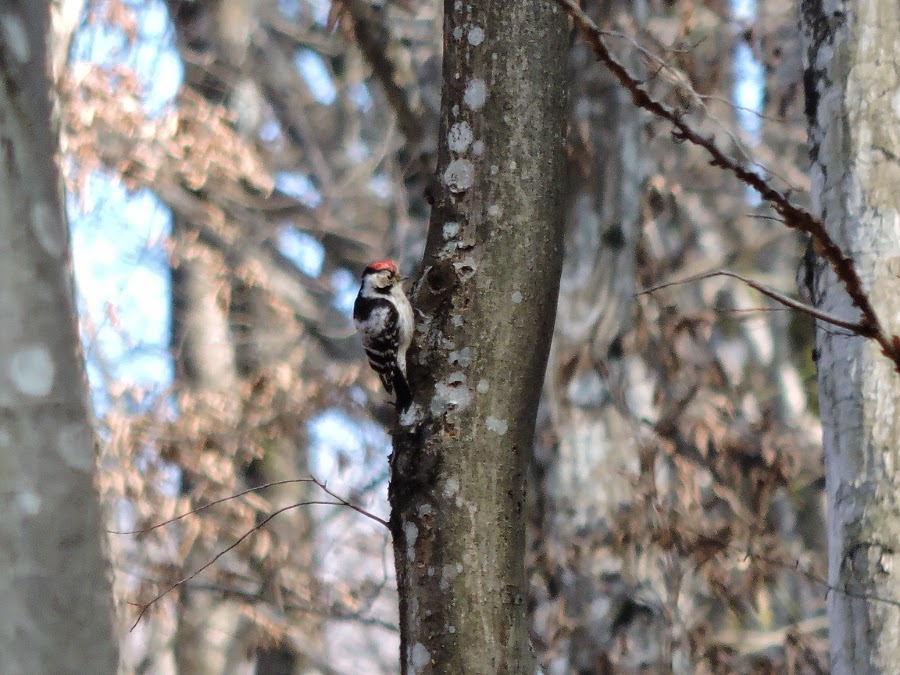 Apart from these I was also pleased to pull out a Eurasian Treecreeper Certhia familiaris among the numerous Short-toeds Certhia brachydactyla. In most of Slovenia, Eurasian Treecreeper is a species of the higher altitudes, usually inhabiting upland forests, like the plateaus of Snežnik, Trnovski gozd or the Alpine region. Short-toed instead is found at lower levels and in the lowlands and is also far commoner. So it's usually quite easy to tell them apart, by habitat alone. The places I visited today, although on the Karst, are maybe something in between and have both species present together. Or it might be that I found a wintering bird that descended to lower levels - it happens in winter.
I could confirm the ID also because the bird was both singing and delivering its calls. Moreover the underparts were clean, pure white and contrasting with the back. All in all typical familiaris.
The commonest species yesterday were Nuthatch Sitta europaea, Short-toed Treecreeper Certhia brachydactyla and Marsh Tit Poecile palustris - all literally on every step. Also of note were some Fieldfares Turdus pilaris, a Bullfinch Pyrrhula pyrrhula, Hawfinch Coccothraustes coccothraustes and singing Mistle Thrushes Turdus viscivorus (it's spring!).
The day was rounded up perfectly with a showy Fox Vulpes vulpes in the late afternoon. 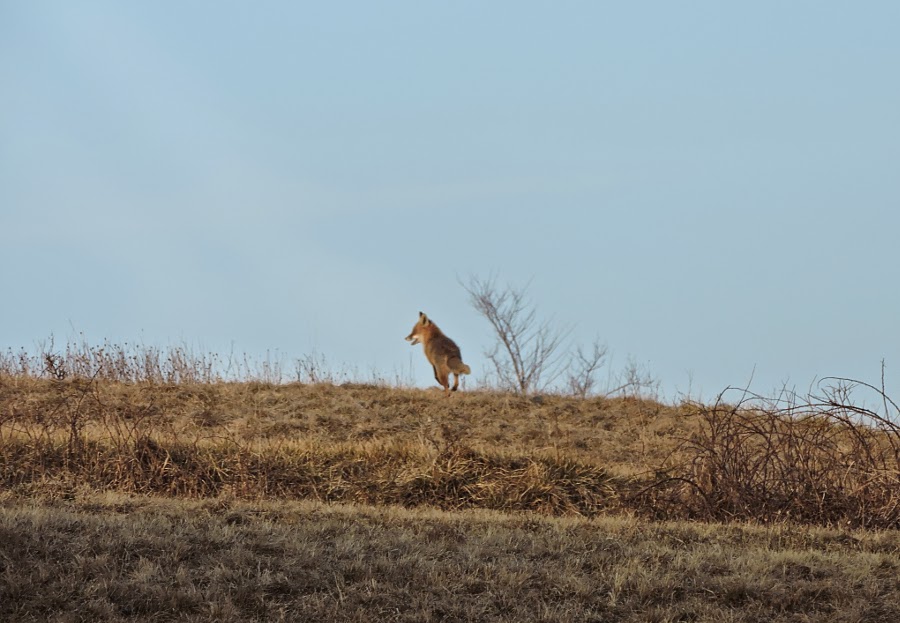