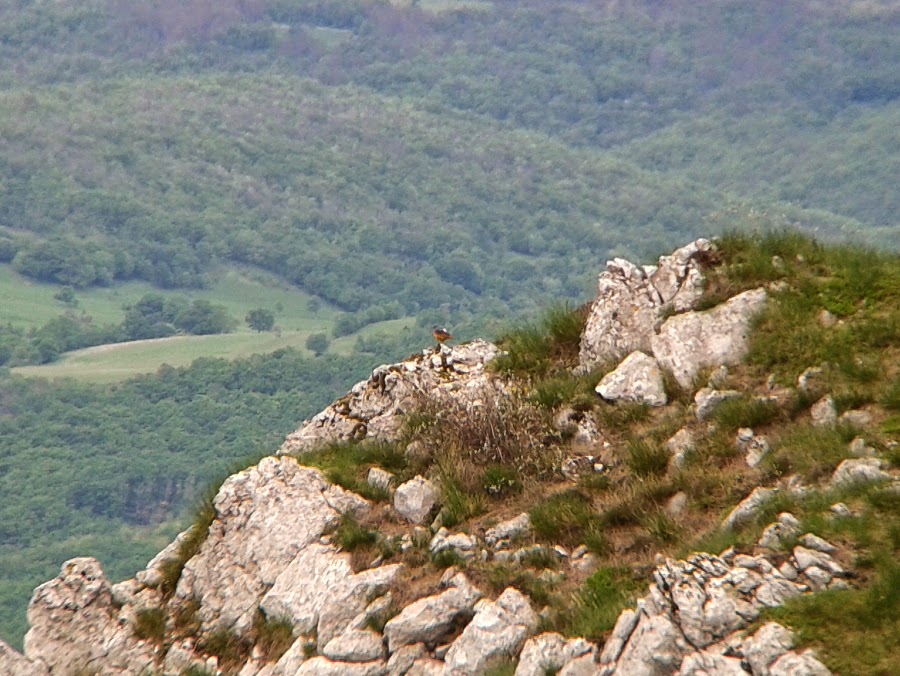 Pleasant walk on the mt. Nanos today; this time a hike from Razdrto to the very top of the mount (Pleša, 1262 m), through the most rocky and grassy area. Luck struck almost immediately with a gorgeous male ROCK THRUSH sitting on the most exposed rocks. Alongside it was also a female and on closer approach up the path, we managed to see both birds quite well. The above photos are as usual a rather terrible documentative capture (digi-binning).
Other highlights on Nanos included and adult Golden Eagle being mobbed by a Raven, a passage of 6 Griffon Vultures, 1 White Stork soaring high above the Vipava valley, 1 Black Woodpecker and several Rock Buntings and Tree Pipits. At least two Cuckoos were singing, one of which was see perched on the top of a silver fir. On the mammal front 8 Alpine Chamoises were of note. The botany highlight was Arabis scopoliana, an endemic species of the Dinaric Alps, with mount Nanos being its stronghold in Slovenia.
Posted by Domen & Sara at 09:36