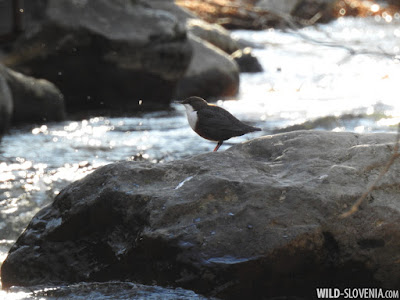 In Slovenia the mid weekend of January is reserved for the traditional International Waterbird Census (IWC) that also takes places all over Europe and other parts of the world. Although Slovenia has some interesting wetlands (lakes, marshes, reservoirs) they are relatively small and few if compared with other countries. However it certainly has high richness of rivers and mountain streams, especially fast-flowing ones, which are home to one of the most specialised passerines of all, the Dipper Cinclus cinclus. This year we censused two small rivers in the Vipava valley that represent quite good wintering and breeding sites for Dippers, but hardly any other waterbird (except for the occasional Grey Heron Ardea cinerea or Mallard Anas platyrhynchos). The day was sunny and enjoyable and the final tally totalled 9 Dippers. It is certainly not a lot if compared to the 27 recorded last year on the alpine river Bača, but still a good total for two streams with a combined length of around 7 kilometres. Dippers are already highly territorial at this time of year and several individuals were recorded singing and displaying on the rocks. 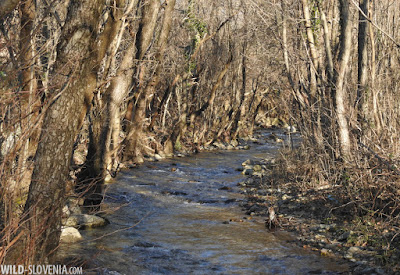 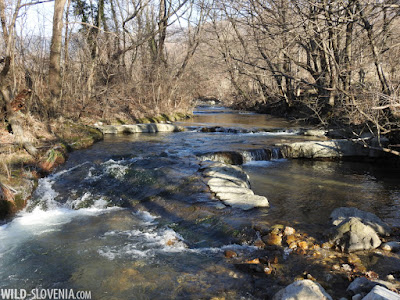 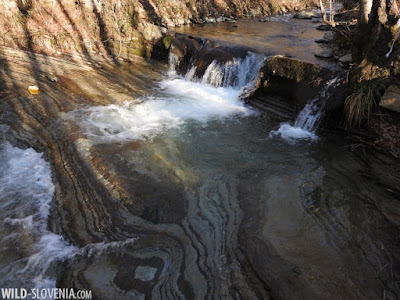 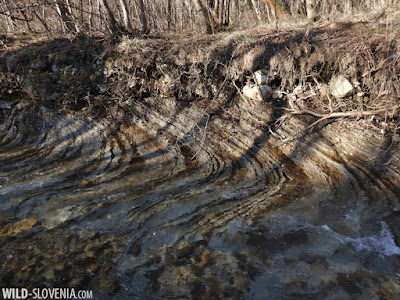 After finishing the census we birder the Vipava valley, even if birds are rather thin on the ground at this time of year. While scanning the skies above the southern edge of Trnovski gozd a Griffon Vulture Gyps fulvus caught our attention. A regular sight in this area in summer, when numerous birds are observed making daily migration between the Alps and Croatia, however not that common in winter. Instead, a female Hen Harrier Circus cyaneus and a Great Grey Shrike Lanius excubitor were perhaps the two most typical winter birds to be seen around. Our souls were also livened up by the season's first drumming Great Spotted Woodpecker Dendrocopos major.
IWC was also carried out at Škocjanski zatok NR, where at this time of year the winter birdlife is represented by good numbers of ducks of different species, a large flock of Coots Fulica atra, a mixed assortment of common waders and even a few Greylag Geese Anser anser (18 to be precise). In recent weeks the situation was rather calm, only here and there some occasional interesting birds turned up, for example: a drake Ferruginous Duck Aythya nyroca, Lapwing Vanellus vanellus, Grey Plover Pluvialis squatarola, Marsh Harrier Circus aeruginosus, Hen Harrier Circus cyaneus and occasional small numbers of Cattle Egrets Bubulcus ibis. Around the end of 2020 a Glossy Ibis Plegadis falcinellus also made an appearence - a rare winter record in Slovenia (the 2nd at Škocjanski zatok in winter). On the other hand we are still missing the Bittern Botaurus stellaris, a typical winter species at the reserve.
Posted by Domen & Sara at 13:05