White Ural Owl - first case of leucism in this species! 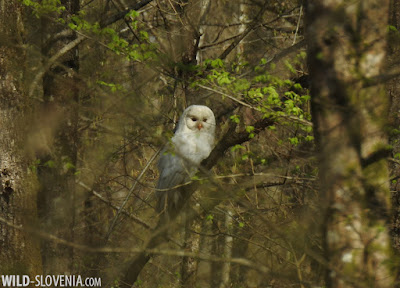 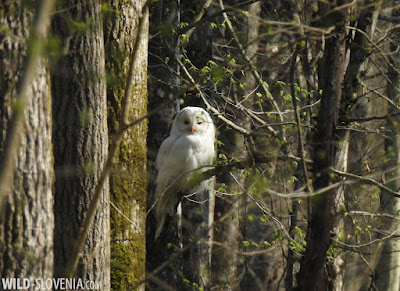 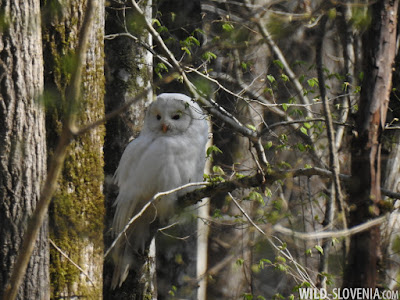 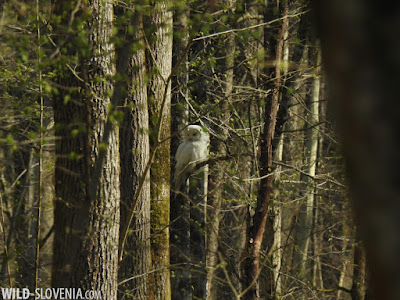 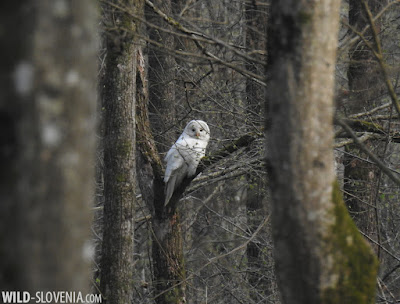 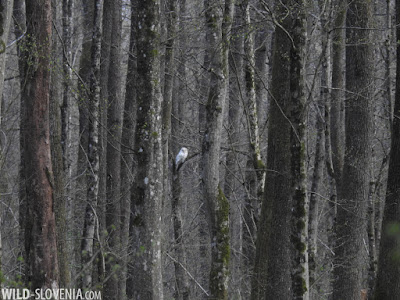 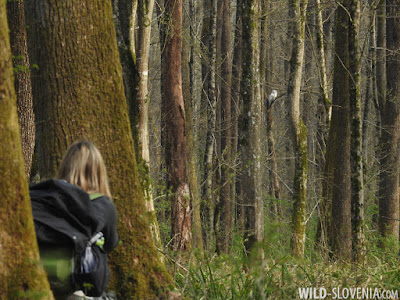 Yesterday we went to Krakovski gozd (Krakovo forest) in eastern Slovenia and made an exceptional find. As we were walking in the lowland forest (more about this place in the next post), a pure-white bird flying among the trees in the distance caught our attention. At first we though of a small egret, but seeing its shape and jizz we soon realised it was an owl. When it landed in a tree we raised our binoculars and gazed at an all-white Ural Owl Strix uralensis! We immediately took some photos, but the bird soon flew. Fortunately Ural Owls seldom fly far, so we were soon able to relocate it and take some better images. On closer inspection we realised it had dark eyes and "normal" coloured bill, thus excluding an albino bird (which should have red eyes and pale bare parts and would also be extremely rare). Instead this looked like a leucistic bird - an individual lacking melanin pigment in the feathers, resulting in an all-white appearence (here you can read about the difference between albinism and leucism). Later at home we got the confirmation from European owl experts that this was indeed a completely leucistic Ural Owl and the FIRST to be EVER recorded!! Several cases of complete leucism are known from various owl species, including some closely-related to Ural like (North American) Barred Strix varia and Great Grey Owl Strix nebulosa. Given the rarity of the record, we intend to publish a paper on our find, so we hope you'll be able to read more on the subject in the future.
On the other hand, another form of plumage abnormality is quite commoner among macroura Ural Owls - melanism (dark plumage). This is present in about 5-15% of the Slovenian Ural Owl population and is well discussed in this excellent article by Al Vrezec, Slovenian foremost expert on the species.
Posted by Domen & Sara at 08:50