The essence of Cerkniško jezero 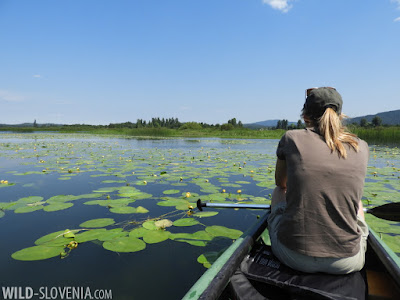 Last weekend we were once again on lake Cerknica (Cerkniško jezero), both for work and leisure. After a successful day's guiding, during which we also met a young Brown Bear Ursus arctos, we took a few hour's canoe ride on the lake and enjoyed in the wetland wildlife. Not many birds around at this time of year (apart from this), but an excellent selection of amphibious flora. The weekend was livened up by a few more interesting sightings, including a daytime Pine Marten Martes martes in the forests of Javorniki, a Rose-coloured Starling Pastor roseus in the farmlands of Dolenje Jezero (part of this year's large influx of the species), several Common Rosefinches Carpodacus erythrinus, a Black Stork Ciconia nigra, a Middle Spotted Woodpecker Dendrocopos medius and a booming Bittern Botaurus stellaris. Among the many butterflies, the most interesting was the large and beautiful Purple Emperor Apatura iris on our way back home. 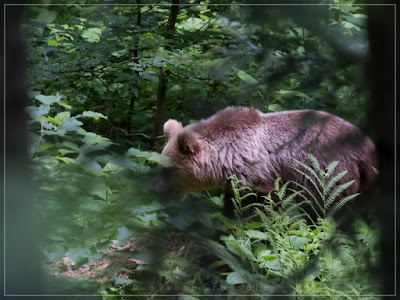 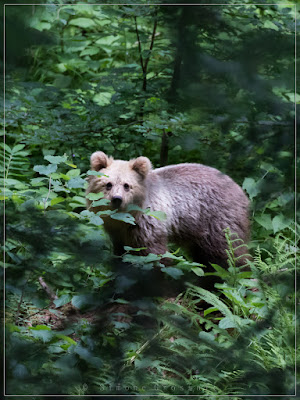 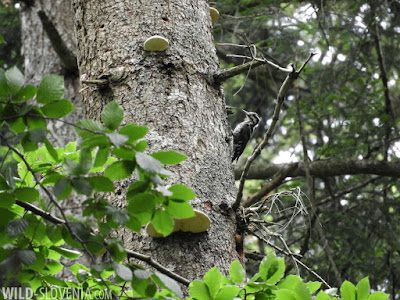 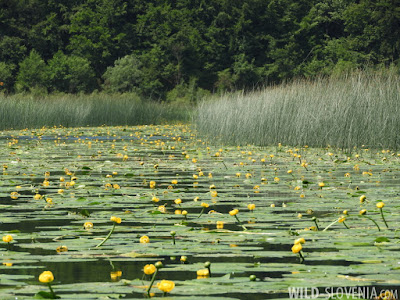 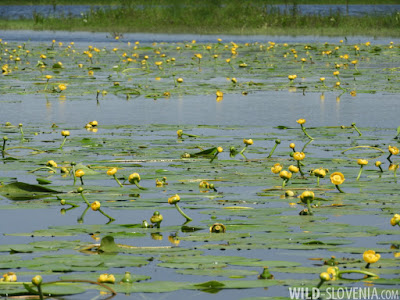 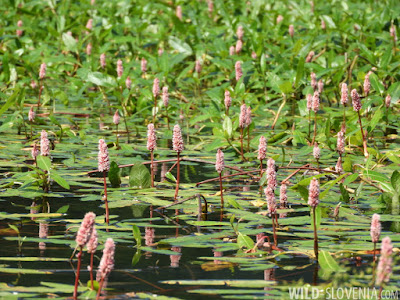 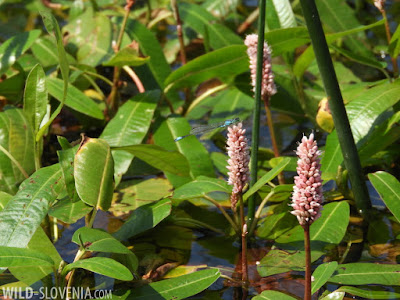 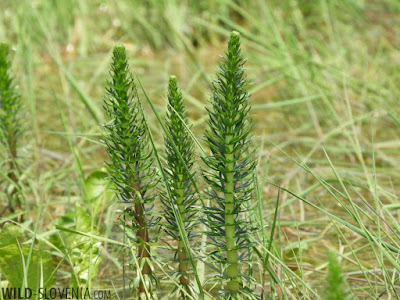 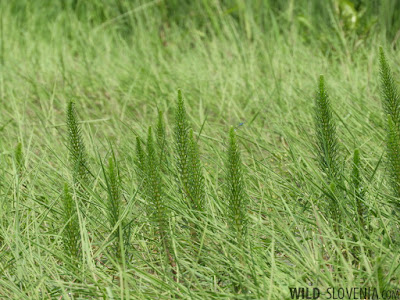 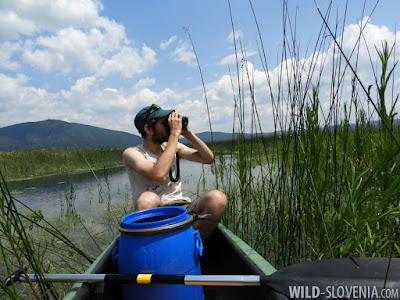 Scannning the reeds in the middle of Cerknica lake. 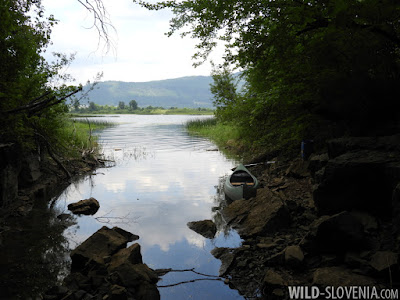 At the entrance of the Suhadolca cave at the north-western edge of the lake. 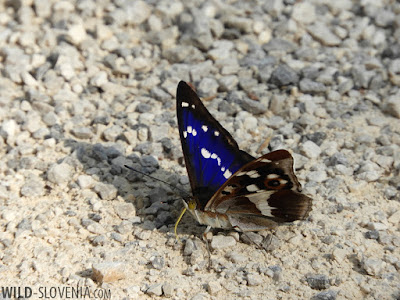 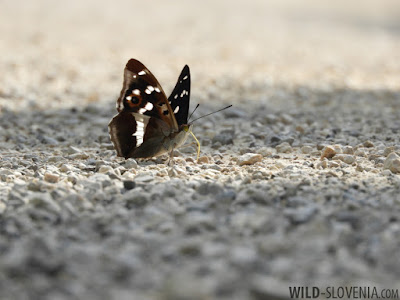 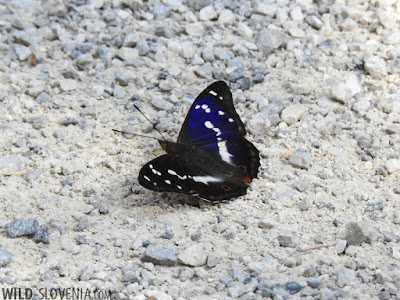 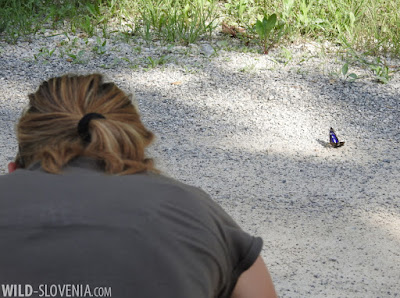 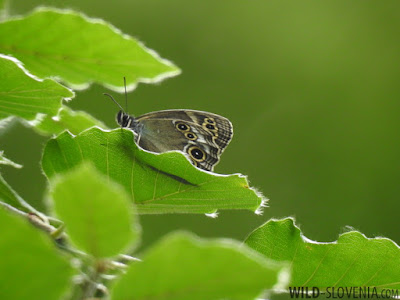 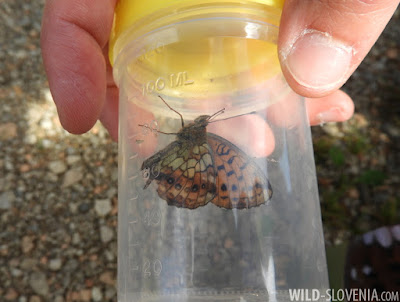 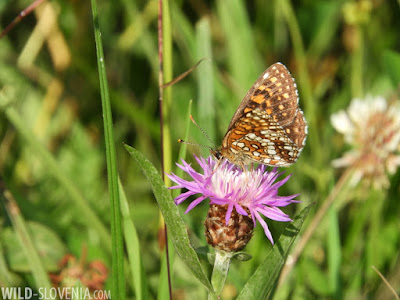 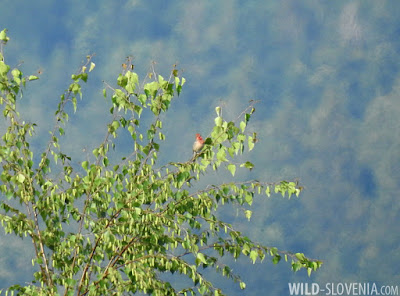