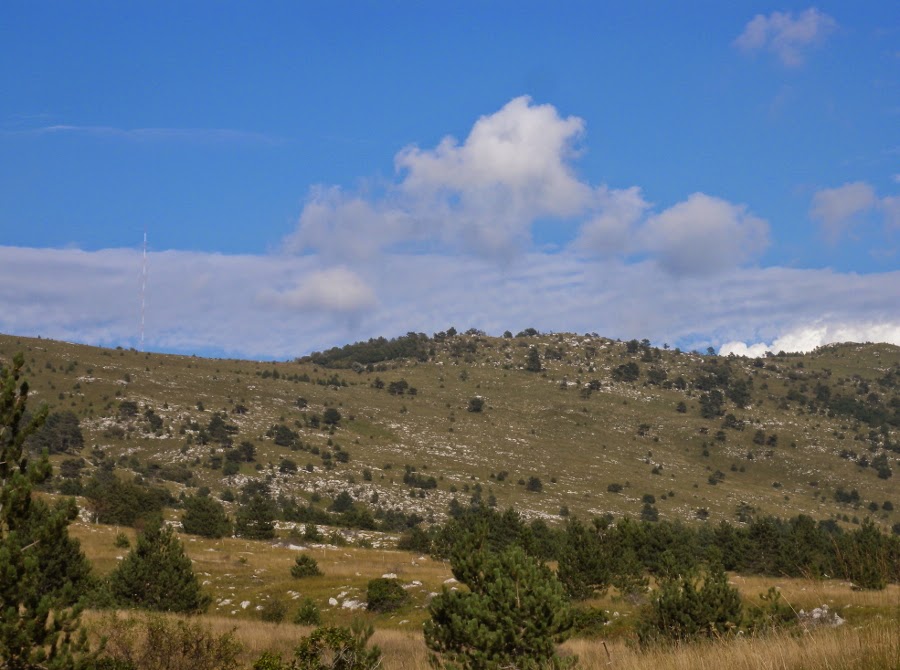 Yesterday I visited Volovja reber with a friend. This is an open hilly area with karstic grasslands near Ilirska Bistrica and is considered a hot-spot for raptors. During our short afternoon stay we saw two Griffon Vultures Gyps fulvus, +10 Buzzards Buteo buteo, 1 Marsh Harrier Circus aeruginosus on migration, +5 Kestrels Falco tinnunculus, 2 Sparrowhawks Accipiter nisus. The area also holds a breeding pair of Golden and Short-toed Eagle and is a good spot for watching migrating raptors, with several rare species recorded (like Eleonora's Falcon, Lesser Spotted Eagle, Red Kite ect). Around in the open areas were also present several Whinchats Saxicola rubetra and Wheatears Oenanthe oenanthe, a few Tree Pipits Anthus trivialis, a Spotted Flycatcher Muscicapa striata, Woodlarks Lullula arborea and a Black Woodpecker Dryocopus martius which we also saw in flight.
Later in the evening we moved to the Snežnik forests for some owling and a random night visit. The forest was very quiet with just a single Ural Owl Strix uralensis heard calling. At this time of year there should be more activity. Probably not a very good year for owls as we didn't even hear a single Edible Dormouse (usually very common) - the owl's main source of food. The forest in the evening also produced a nice Nutcracker Nucifraga caryocatactes showing well from the top of a spruce. Other birds were the common forest ones like Willow Poecile montanus, Crested Lophophanes cristatus & Coal Tits Periparus ater, Bullfinch Pyrrhula pyrrhula and so on.
The main vocal spectacle in the evening was provided by the rutting Red Deers Cervus elaphus, which were heard all over the forest. Out on the grasslands at the forest's edge also some additional 10 Red Deers (females) and a couple of Roe Deers Capreolus capreolus. Here we also found a showy Nightjar Caprimulgus europaeus resting in the middle of the road. Most probably our last Goatsucker this year... 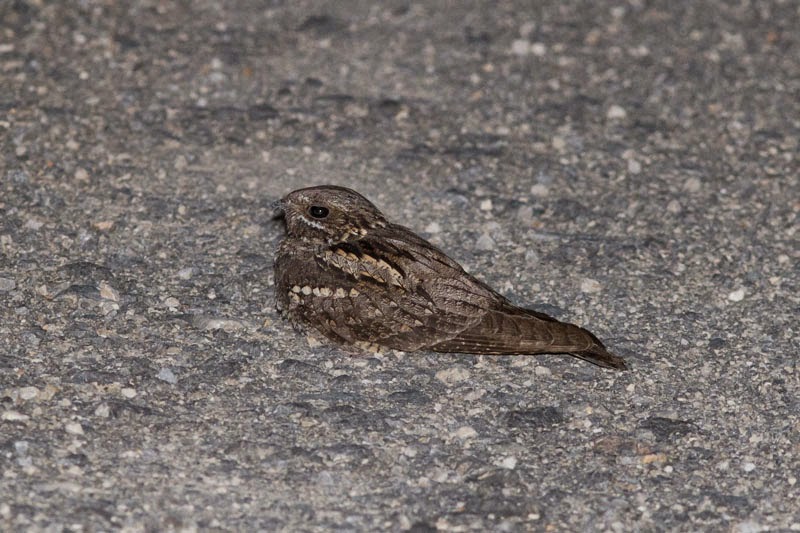