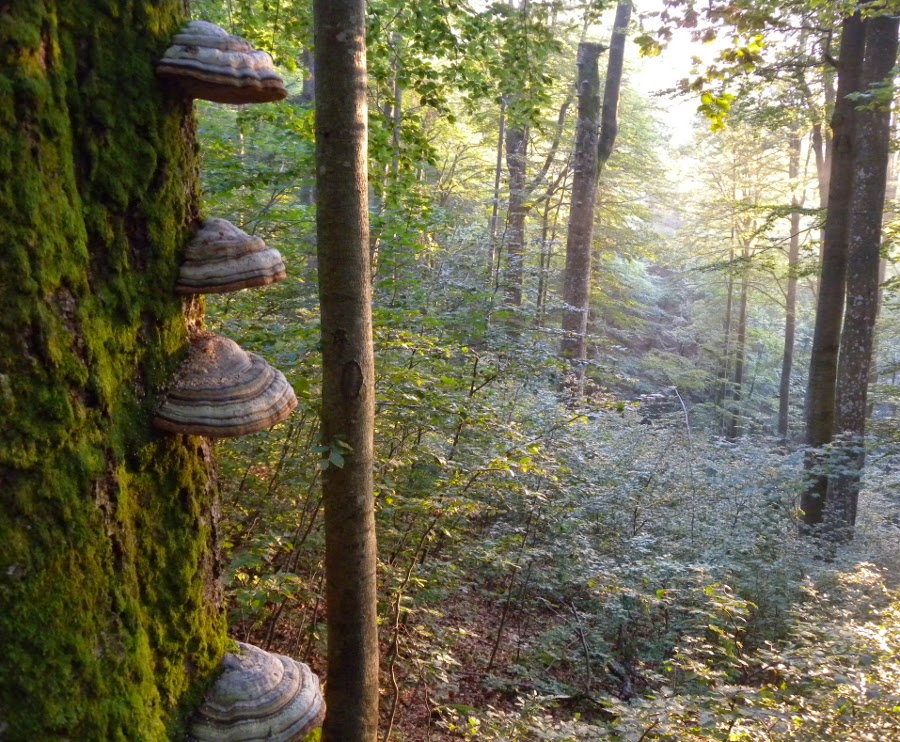 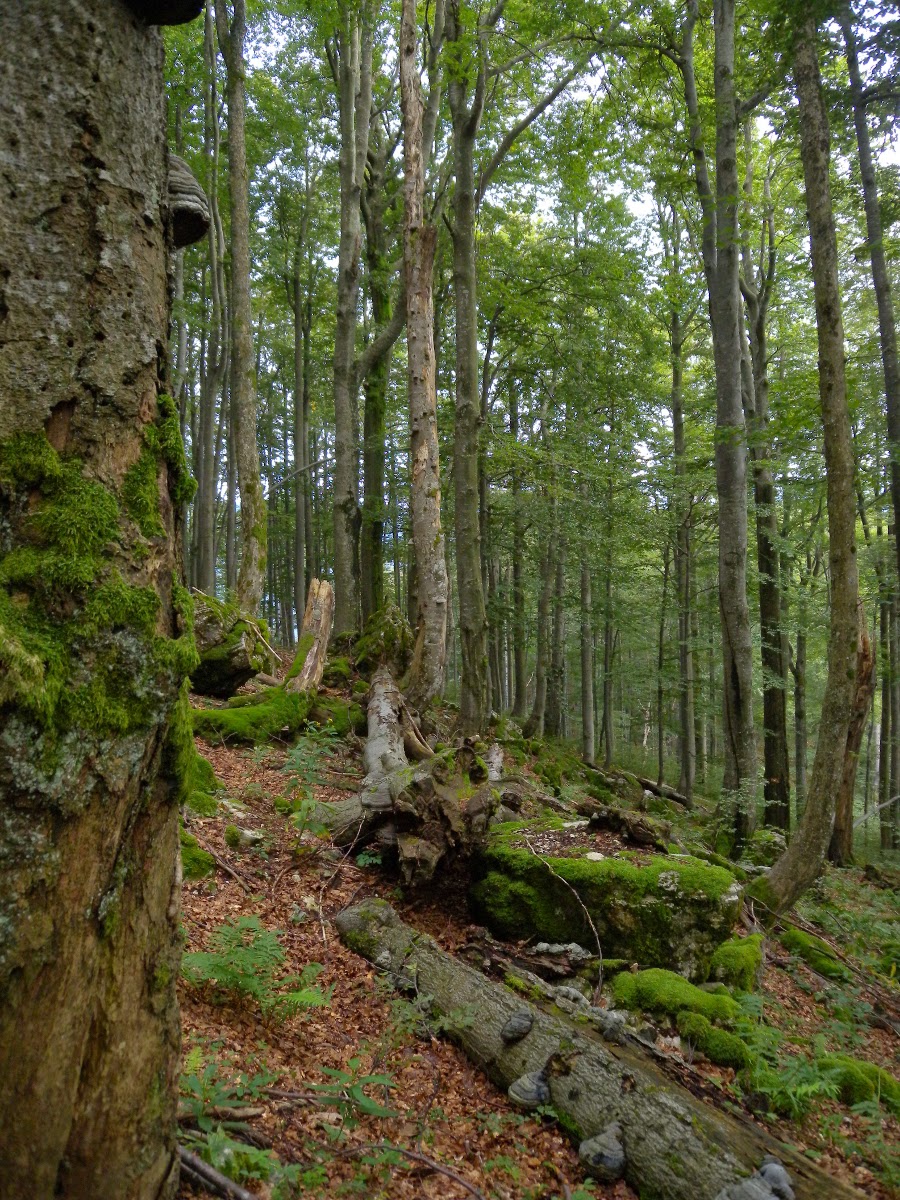 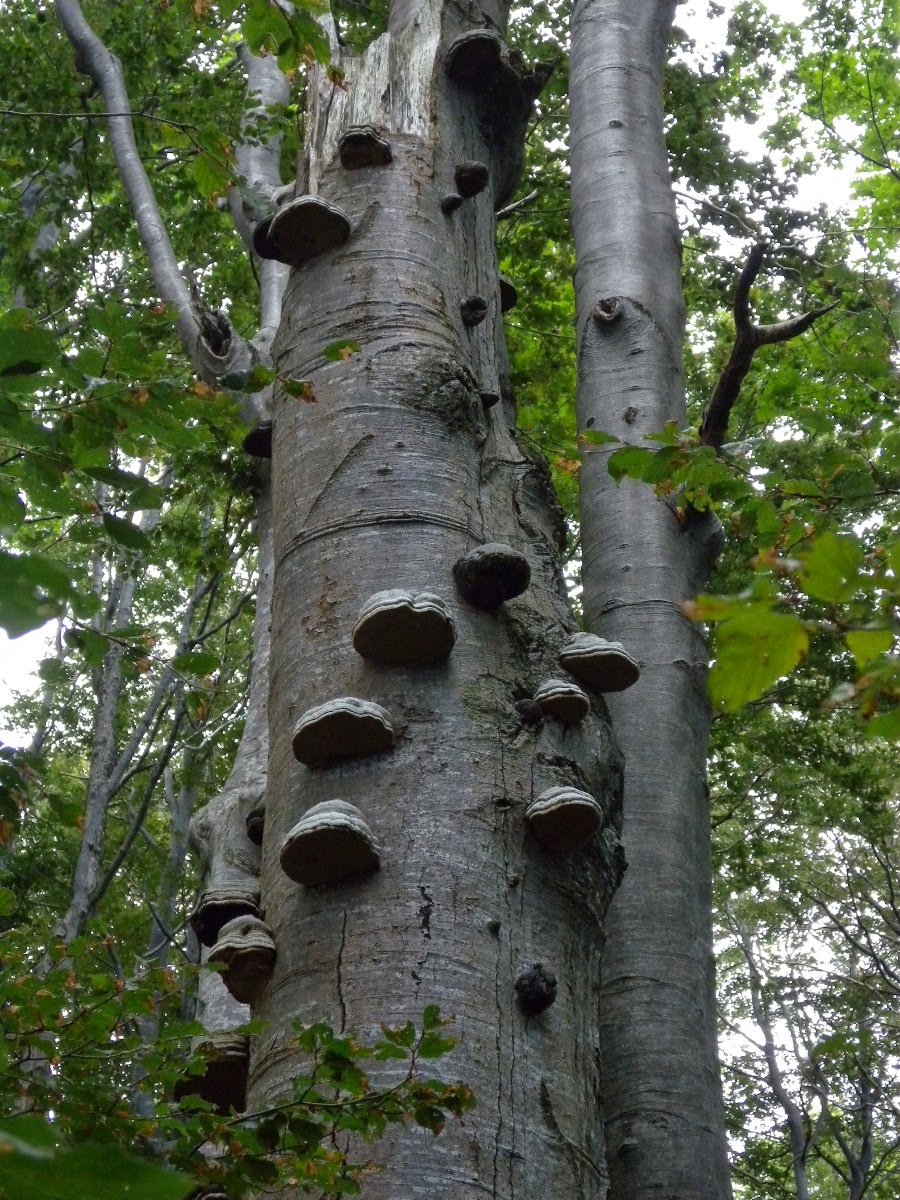 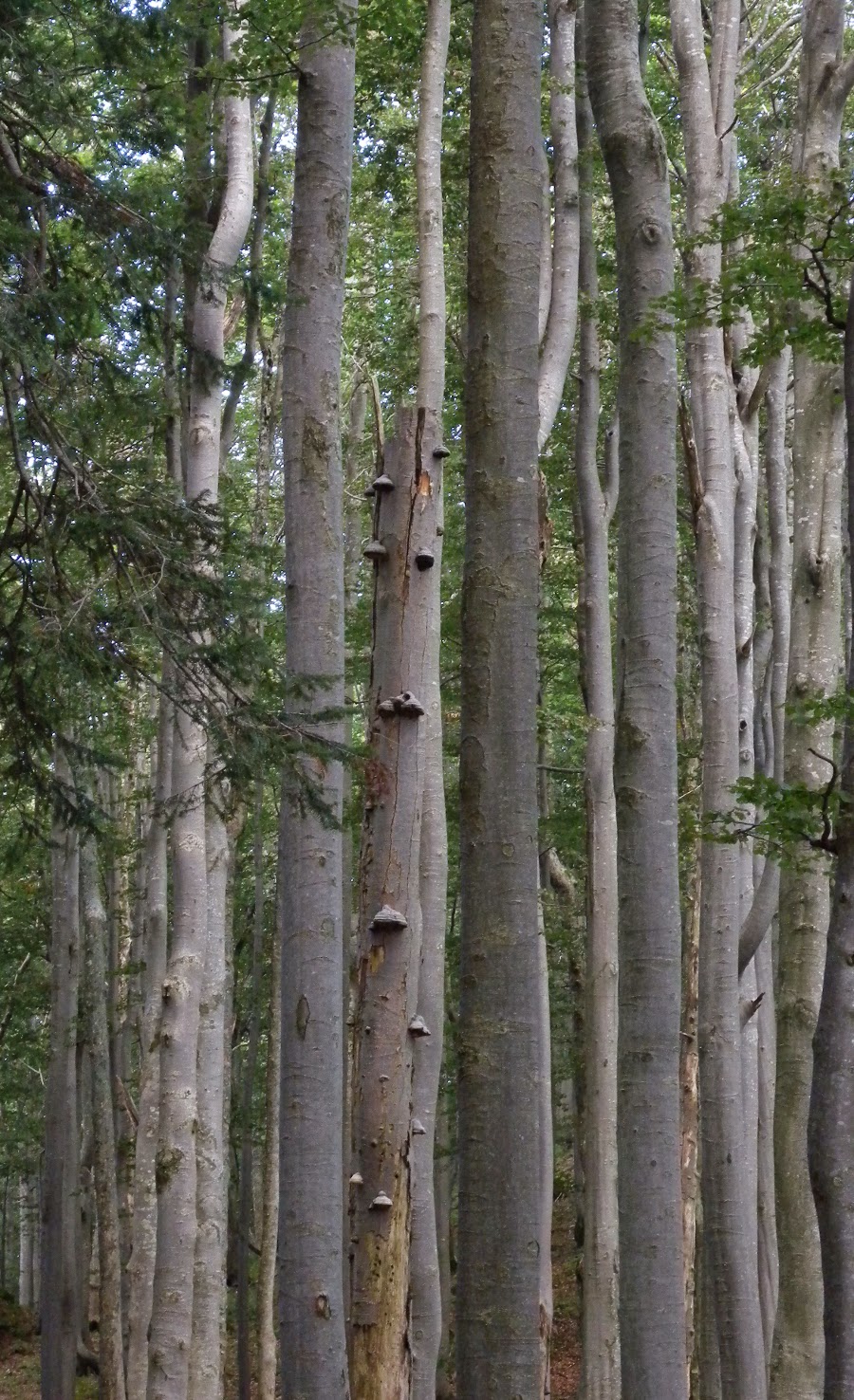 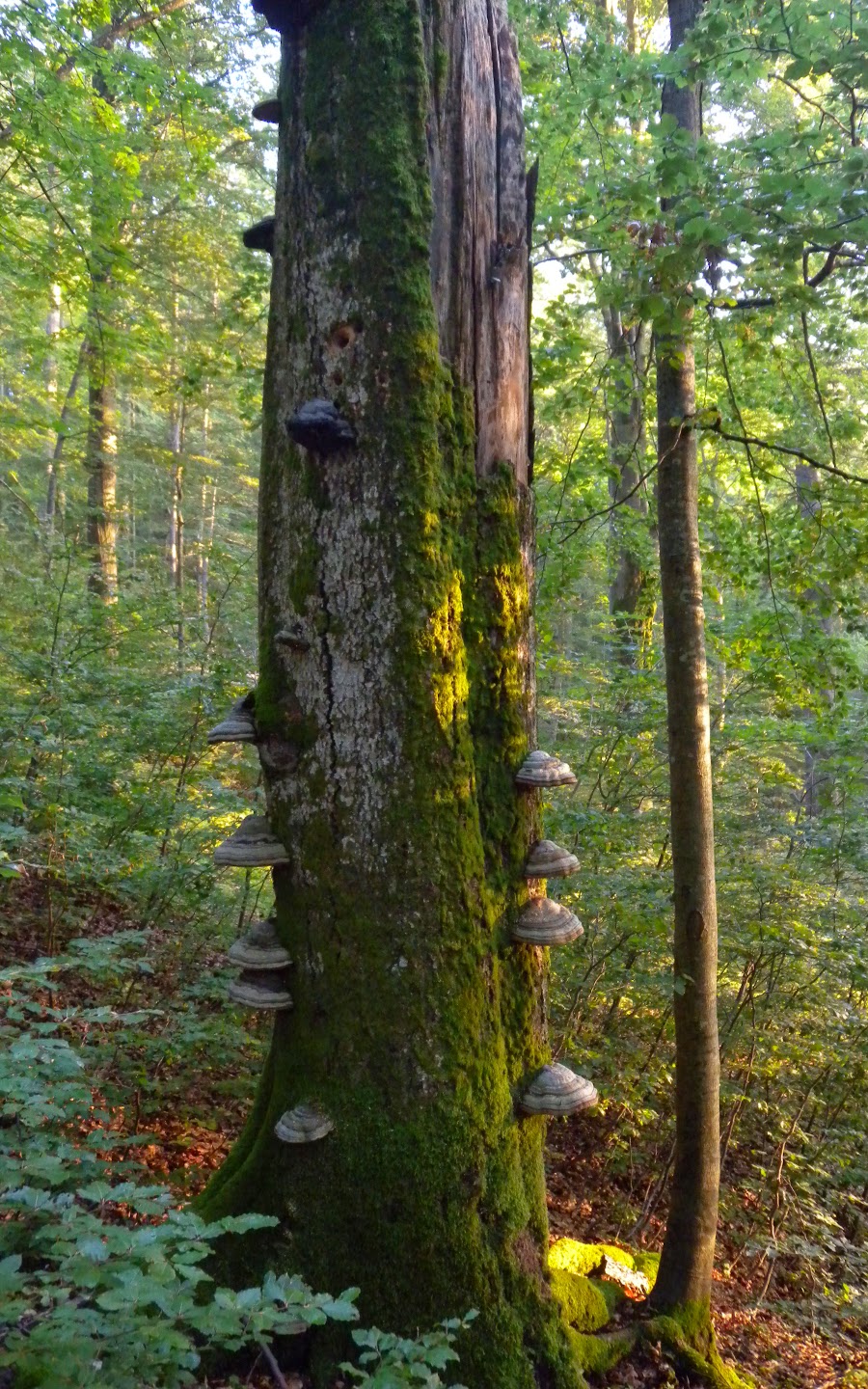 Yesterday in the afternoon I visited a patch of primary (virgin) forest with a friend. It is found in the northern part of Trnovski gozd and it's mainly made up by old beech trees Fagus sylvatica, mixed with the occasional silver fir Abies alba and sycamore Acer pseudoplatanus. Looks like a great place for woodpeckers; especially good for the rarer species like White-backed, which is present with a few pairs in Trnovski gozd. I'll need to revisit in spring.
During our roving in the forest we had some interesting birds, but none of them was seen. A good find was that of a THREE-TOED WOODPECKER Picoides tridactylus only heard drumming (for several minutes) down in a wooded valley where I saw one in May. Not really unexpected, but still a bit strange to hear it drumming at this time of year. Nearby were also two vocal Black Woodpeckers Dryocopus martius, one of which was also drumming. Otherwise more or less the usual species of upland forests like Crossbill Loxia curvirostra, Bullfinch Pyrrhula pyrrhula, Willow Tit Poecile montanus, Crested Tit Lophophanes cristatus, Eurasian Treecreeper Certhia familiaris ect.
We also waited for dusk in the forest and then listened to URAL OWLS Strix uralensis. Although we heard 7 birds (in different areas of the forest), they don't seem to be so active at this time of year. We only had "barking" or calling birds. Only one of them also delivered a short song. Nevertheless a good evening, with the addition of 2 Red Deers Cervus elaphus seen (and one heard rutting), lots of Edible Dormice Glis glis, a Roe Deer Capreolus capreolus and a Beech Marten Martes foina.
When I got home, a more warmth-loving nocturnal bird was singing down the road: a Scops Owl Otus scops.
Posted by Domen & Sara at 08:32