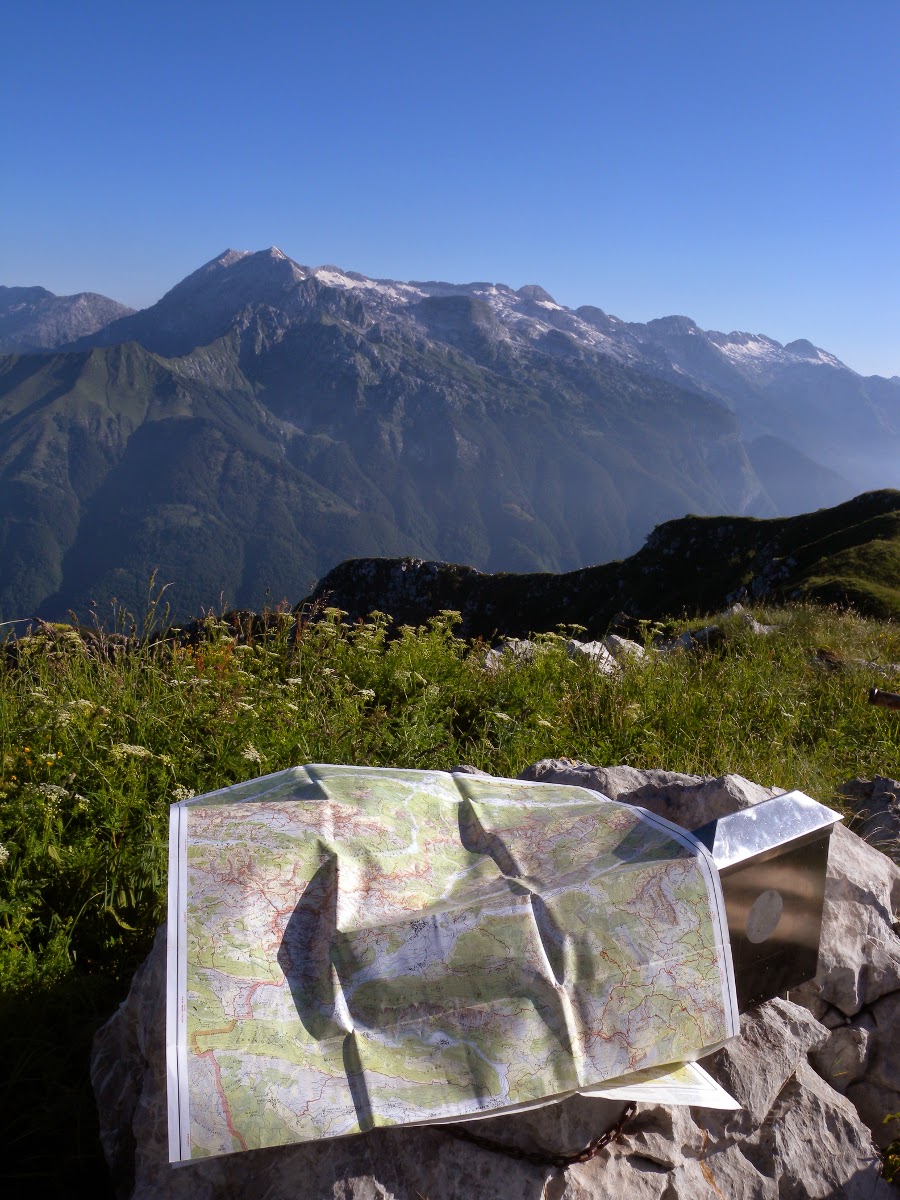 Pleasant awakening this morning at 4.30 am on Breginjski Stol (1673 m) in the Julian Alps (Slovenia). The main focus of this alpine two-day trip was seeing Rock Partridge, other mountain birds and a bit of alpine flora. Dawn started well with a chorus of CORNCRAKES singing all over the steep grassy slopes. At least 7 birds were heard simultaneously, but there were more lower down in the valley. Two years ago, up here we ringed 14 birds in a single night (see post).
The first ROCK PARTRIDGES started to sing shortly after - 3 birds heard from a single point. Two of them were also seen quite well, even if distant (with scope), while perched on rocky islets in the sea of grass. Watched the bird in the pics for at least 15 minutes. These are the best views I ever had of a Rock Partridge so far. 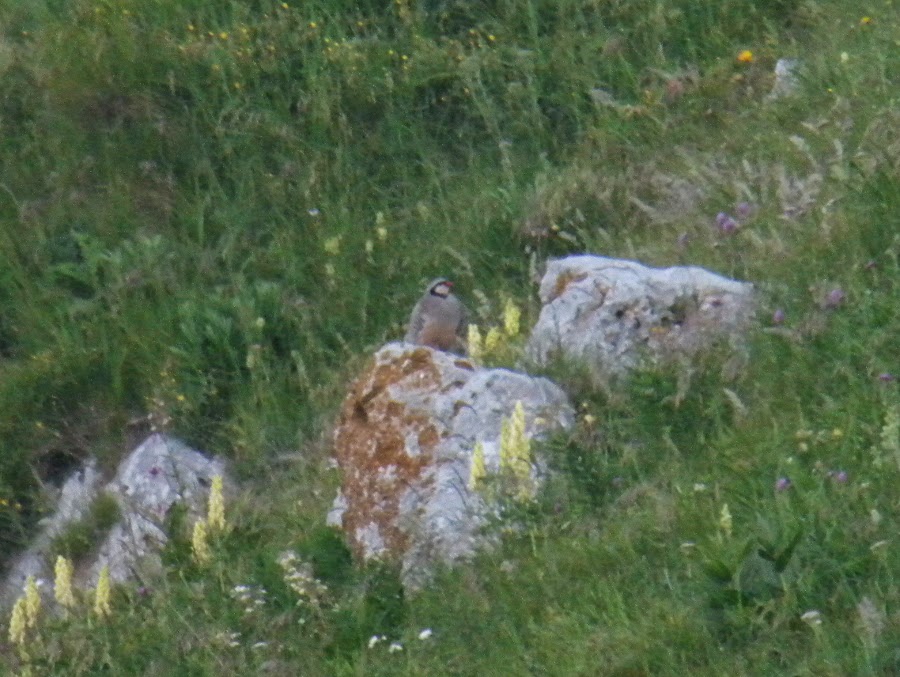 Bird activity was at its highest in the early hours of the day, until about 7.00. A nice male ROCK THRUSH was delivering its song from a dry bush, while two noisy fledged juveniles were hopping on the rocky screes. Two or three Stonechats, a few Rock Buntings, Tree Pipits and Skylarks were also around.
Raptors included 5 Griffon Vultures (yesterday), 1 Honey Buzzard and a few pairs of Kestrels. No sign of the local Golden Eagles though.
Wildflowers were the second main focus. Here's a selection of the best...
And some landscapes...
On the non-bird front, good to see were two Apollos Parnassius apollo, which unfortunately were too restless to take any photos. A Chamois Rupicapra rupicapra provided some additional alpine atmosphere.
A couple of Common Redstarts and a Crag Martin were seen in the valleys (Kobarid, Tolmin), while driving. And yesterday also a Short-toed Eagle on the Karst - perched on a pylon near Sežana.
Posted by Domen & Sara at 13:50