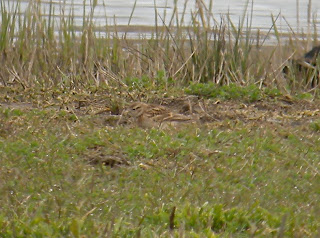 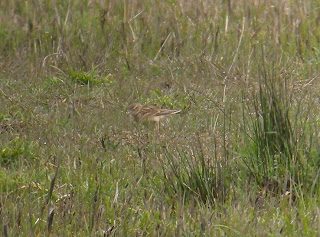 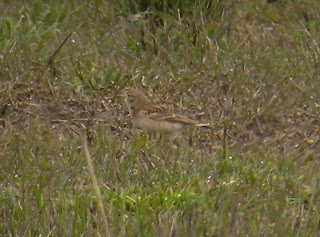 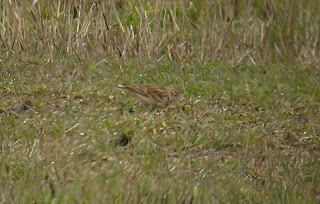 Škocjanski zatok NR: I had my weekly bird count this morning which was very productive in terms of migrants. Top highlight of the day was a SHORT-TOED LARK that I found in the freshwater marsh. It's something like the second or third for the reserve (the first in recent years) and the 11th for Slovenia (if accepted). Well, I consider it a true rarity and I also never seen one in Europe so I was very happy. The bird remained almost always quite distant while feeding on the grass in the middle of the marsh (viewed from the 2nd screening). The jizz was very distinctive with quicker foraging movements than the other larks and the body plumage was clear enough. I only managed some blurry pics for documentation (see above).
The now finally blooming hedges were stuffed with migrants and the commonest species seemed to be Lesser Whitethroats (+21 counted), Blackcap (+20) and Willow Warbler (40 birds). Some of the latter, along with a few Chiffchaffs, were singing incessantly. Also lurking in the bushes was my first Wryneck this year - always a pleasure to see. Another year's first, this time from the reeds, was Sedge Warbler with up to 10 birds recorded (also singing).
Lesser Whitethroats on Prunus bush 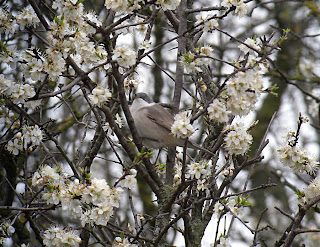 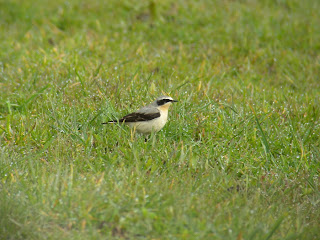 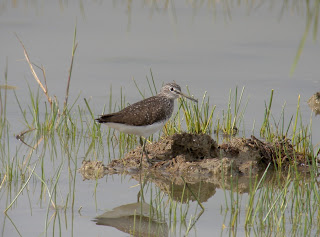 Yesterday evening I also had a few year's firsts in the form of: Scops Owl (1 singing in the patch), Nightingale (1 heard near the airport of Ronchi dei Legionari) and a load of Lesser Whitethroats.
Posted by Domen & Sara at 09:12