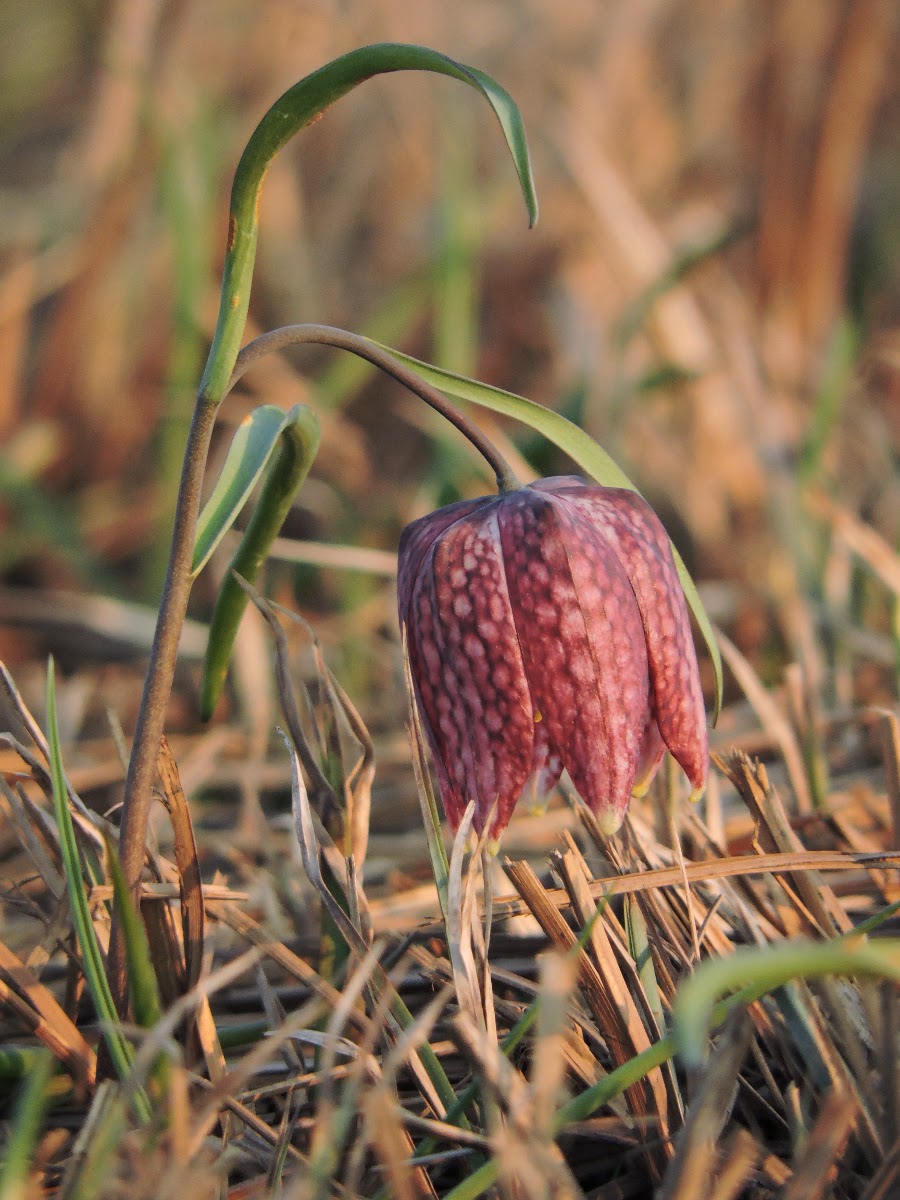 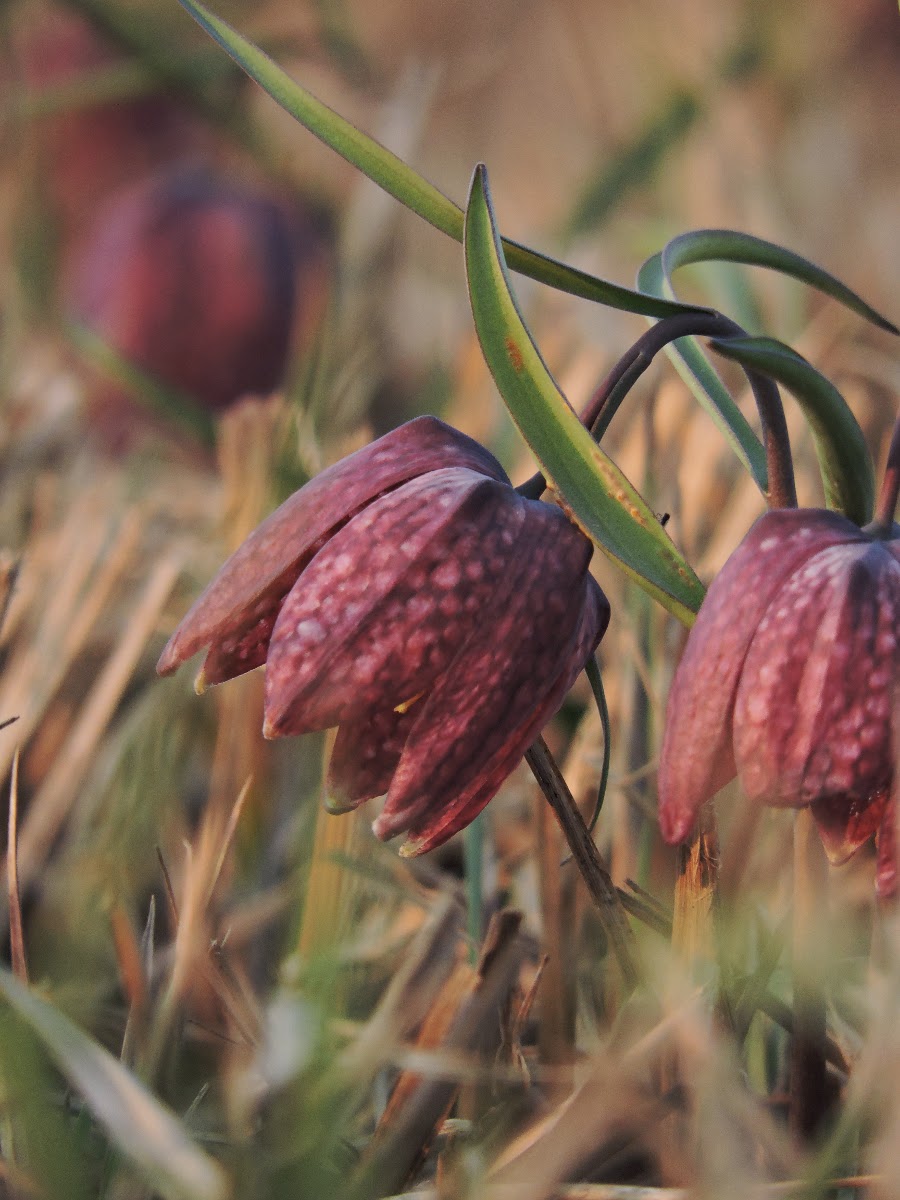 On Monday I was in Ljubljana and in the late afternoon I payed a visit to Ljubljansko barje - a lowland plain where once there used to be vast marshes and bogs. Now it's mainly turned to agricultural land with sparse, little areas of wet meadows and bogs. My main target were Fritillaries Fritillaria meleagris. These beautiful and rare plants are to be found on just a few locations across Slovenia and the Ljubljana marshes to the south of Slovenia's capital are the main stronghold. I found them flowering at large on a piece of wet meadow. This is a species that needs very wet soils to grow, in contrast with its more dry-loving relative: Fritillaria montana, that grows on dry stony grasslands, especially on the Karst. F. montana usually grows singly and not in large "carpets" as F. meleagris. Both species are rare and localised.
The end of March and the very beginning of April is the climax period of blooming of F. meleagris, so this plant adds a touch of colour to the otherwise bleak, late-winter countryside.
Even on Ljubljansko barje, the species is not abundant everywhere, but it is becoming localised, mainly because of habitat loss. Marsh drainage and the heavy use of fertilizers are the two main causes of decline, to which the species is very sensible. So I was quite glad to see such nice numbers the other day. 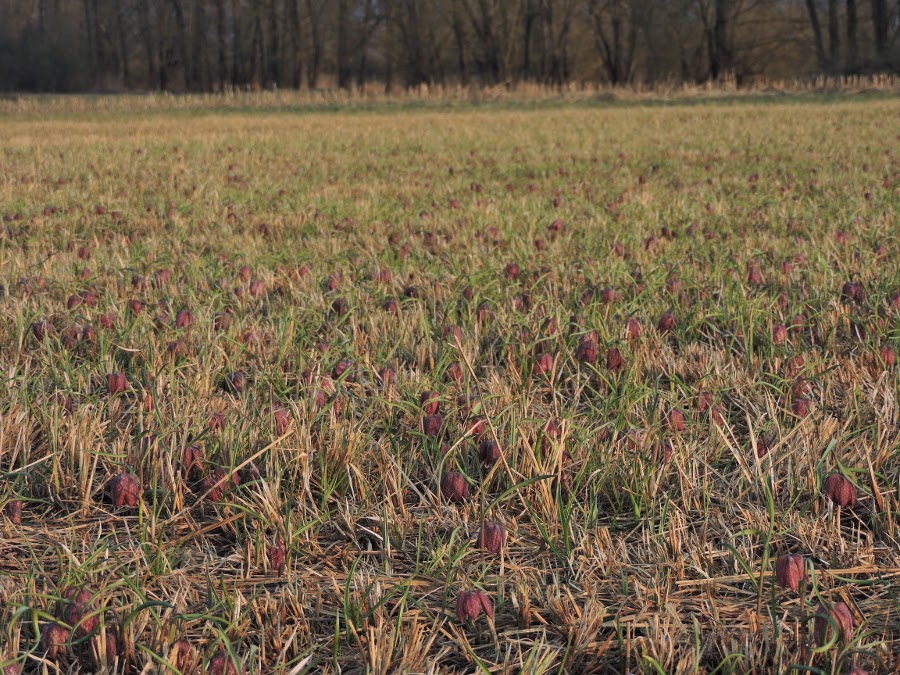 But also on the bird front, my short visit was very productive. When I finished to take pictures of the flowers, I noticed a bird of prey in the sky. I immediately realised it was a RED KITE Milvus milvus. Two minutes later it landed on a tree, where another Red Kite was already sitting! They both sometimes took off, disturbed by Crows, but then always landed back to the same tree. It was almost sunset time, so the birds went probably to roost. I was happy with my 3rd Red Kite ever (or something), because these birds are far from common to see here. In general, between north-east Italy and Slovenia the species is a regular but scarce migrant, with only a couple of birds reported every year. It's one of those species never guaranteed on a trip and it was actually still considered a rarity, until recently. Below are two of the few shots I managed to get. In the second pic you can see both birds together: one in flight and one perched on the tree (also a Hoodie Corvus corone cornix in flight). 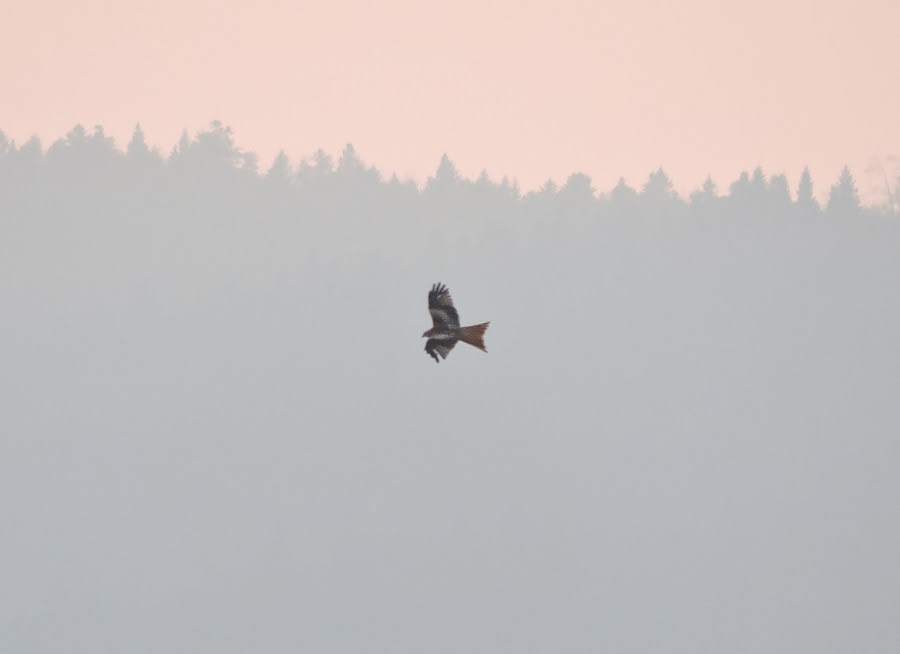 Also worth reporting is my first HOUSE MARTIN Delichon urbicum of the year, flying over my house on the first day of spring - 21st March. No better day to see a hirundine!
Posted by Domen & Sara at 04:52