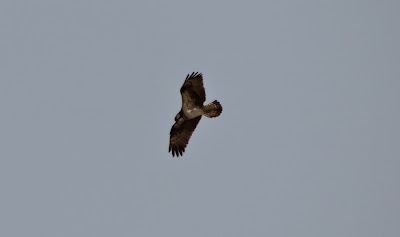 Saturday was the first day of true spring migration. Together with a friend I happened to be near Medvedce reservoir, so we had an afternoon look at the area. Medvedce is a very well known site among Slovenia's birders as it is one of the best birding places in the country. Located in the Pannonian plain of north-east Slovenia, it hosts important wintering and passage populations of migratory birds and it is important for lots of breeding species. It is also perhaps the place with the highest records of rarities per year. I have always a certain level of expectation when I visit this place and Saturday was no exception. As soon as we arrived on site I noticed literally tens of Marsh Harries Circus aeruginosus quartering the fields. Another bigger raptor in the sky was one of the two OSPREYS Pandion haliaetus that we saw during our visit. It was carrying a freshly-caught fish away from the reservoir, while minutes later, the second bird was still fishing above the same water body. I saw my last Ospreys right here, in spring 2013. 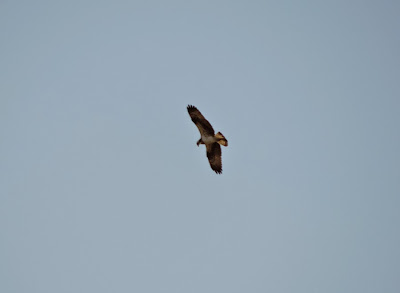 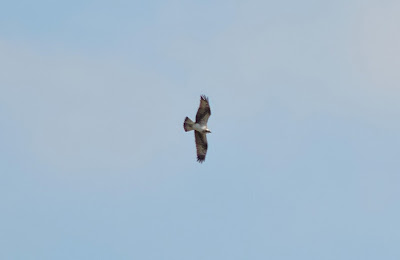 The reservoir was otherwise full of birds, as usual and we could soon get all the common duck species, including the area's specialty: Ferruginous Duck Aythya nyroca. Migrants were a bit everywhere and included mainly the common, recently-arrived trans-saharan species. As many were my year's firsts, I will mention them: Swallow Hirundo rustica (+50 seen also earlier in the day at different locations), House Martin Delichon urbicum (3-5), Yellow Wagtail Motacilla flava (+30), Little Ringed Plover Charadrius dubius (4), Green Sandpiper Tringa ochropus, White Stork Ciconia ciconia (already on the nest), Northern Wheatear Oenanthe oenanthe (3 males), Ruff Philomachus pugnax (+25), Garganey Anas querquedula and others.
The bird of the day was a male PALLID HARRIER Circus macrourus. We watched it for some short minutes as it passed by and migrated north-eastwards in the late afternoon. Seconds later a male and female Hen Harrier Circus cyaneus appeared after him - an excellent opportunity for quick comparison. Pallid Harrier is an increasingly regular migrant in Slovenia, although it is still treated a rarity by the national committee. The Medvedce area is again one of the best places where to see this species during passage. Of course with a bit of luck.

Another interesting species we saw (at least for me) was Stock Dove Columba oenas. This bird is a quite scarce breeder in Slovenia, with most of its population concentrated in central and eastern Slovenia. It is nowhere common and I'm always glad to see one. In winter there are bigger numbers around, but again, not everywhere in the country. As I always experienced it is a shy species compared to its relatives.

And of course, no post could be complete without some nice flowers. These weeks are the real turnover point in spring, when most of the wildflowers are sprouting at large. Every visit in the field has new species to add and it will be like this for the next few weeks. The best time of year really.


And to round up the post, a winter scene from the Pohorje mountains, where we saw a Swallow Hirundo rustica flying past the snow-covered forest - a sight I've never experienced before! Hopefully this is the last winter pic of the season. 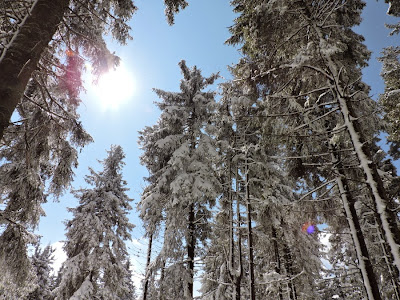