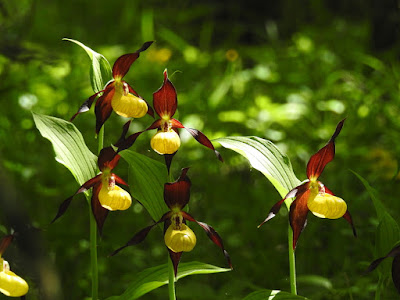 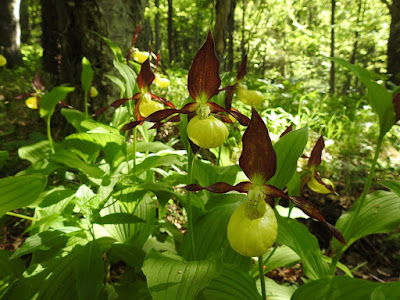 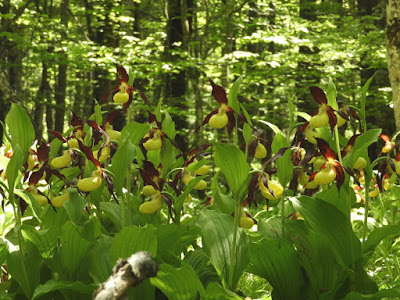 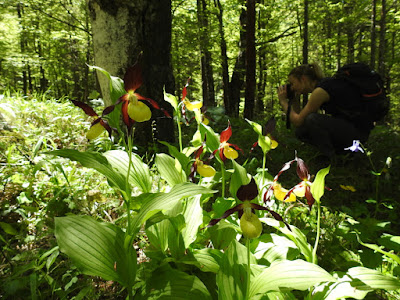 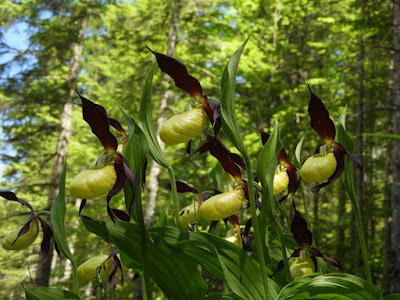 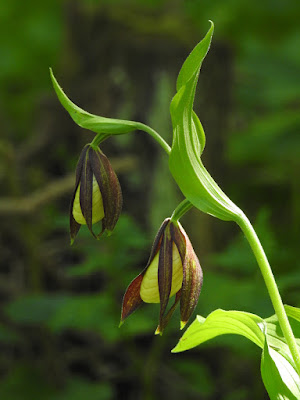 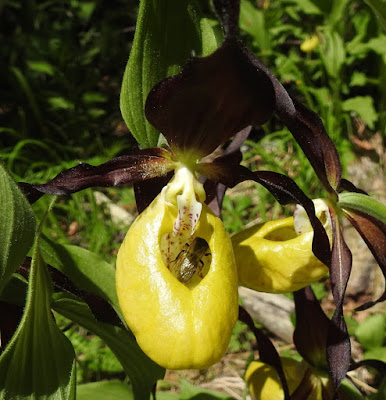 On Monday we officially opened our summer mountain season with a trip in the Kamnik-Savinja Alps in northern Slovenia. Our target was Lady's Slipper Cypripedium calceolus - the most extraordinary orchid species in Slovenia! Its distribution is mainly north European, with some populations in the Alps, Carpathians and Pyrenees, but it stretches into central Asia as well. In Slovenia it is mainly found in beech Fagus sylvatica forests of the alpine region with some isolated populations in other parts of the country, for example in the Dinaric mountains (see this) and Gorjanci region. Lady's slipper is a sought-after species by botanists and amateurs alike and in the past it has suffered a marked decline due to illegal collecting (first protected in Slovenia in 1922, now also Natura 2000 species). Although in certain areas of the Alps it is quite easy to observe, it cannot be regarded as a common plant. We were lucky to find some nice "bunches", some containing at least 30 specimen. In total we counted 450-500 flowering plants in a relatively small patch of forest.
The plant's characteristic swollen and boat-shaped labellum acts as a trap for insects (mainly Hymenoptera) that are lured and fall in it. The internal walls are slippery, preventing the insects from going out, except for a narrow area around the pollinia. By escaping through this "passage" the insects inadvertedly carry away some pollen and through the same process pollinate the next flower. A trapped bee can be seen in the last photo.
Posted by Domen & Sara at 02:47