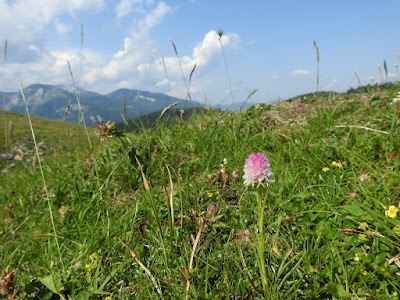 Recently we've been quite frequently around to different parts of Slovenia (for business and not) but hadn't much time for posting. That's especially because this year we added butterflies to our main interests of birds and plants. The post-field processing of photos, notes and identifications is thus quite slow! We are still preparing a separate post about butterflies and will hopefully publish it soon. In the meantime, here are some botanical impressions from the Kamnik-Savinja Alps and mountains of the Karstic-Dinaric region. 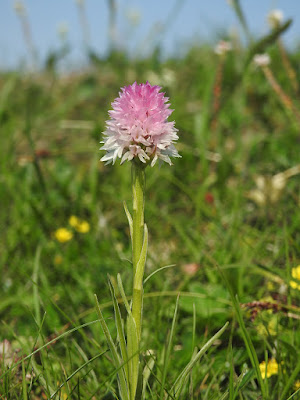 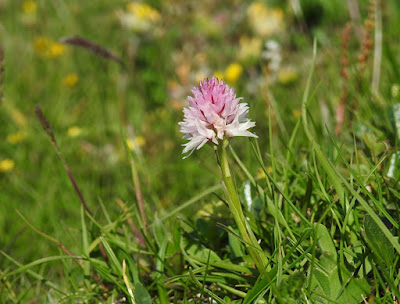 We went to Velika Planina in the Kamnik-Savinja Alps to look for the endemic Nigritella lithopolitanica. This interesting orchid was first described by the Slovenian botanist Vlado Ravnik in 1978. He named it after the town of Kamnik (lithos=stone=kamen=Kamnik (town of stone)). The species is mainly distributed in the Kamnik-Savinja Alps and Karavanke mountains (in Slovenia and Austria), with a disjuncted population in the Italian Julian Alps as well. 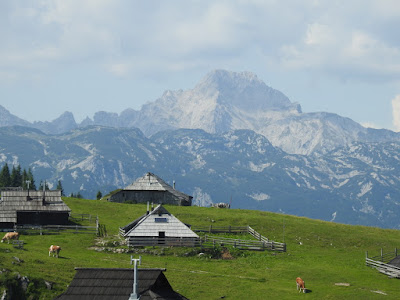 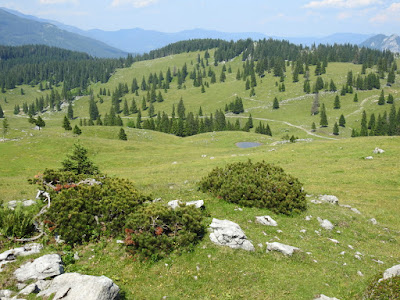 Velika Planina is a large alpine plateau with mountain pastures, where herds of cattle graze. The place is famous for its characteristic wooden shepherd's huts. The predominant grassland landscape is interrupted by conifer stands and alpine ponds. At this time of year the pastures are full of mountain wildflowers... 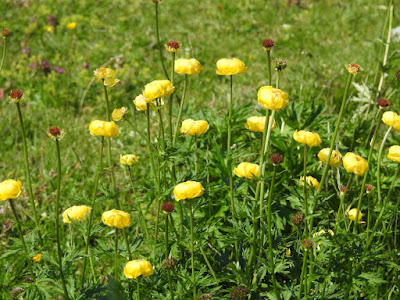 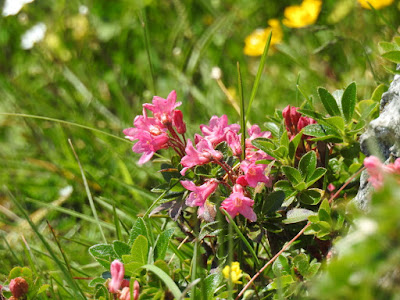 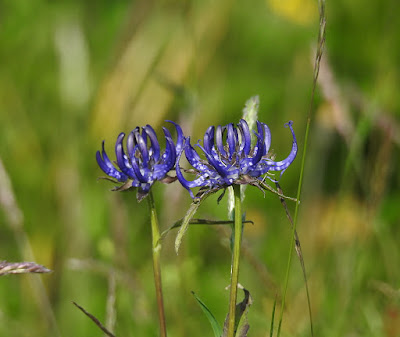 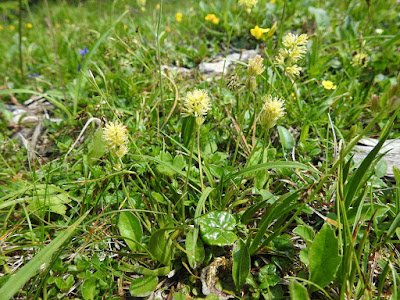 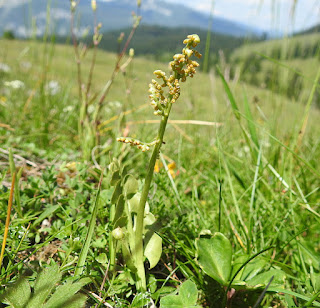 Less colourful, but still interesting is the fern Botrychium lunaria (moonwort), composed of a sterile part with 4-9 pairs of leaf-like structures and a fertile part on the top of the stem, carrying the sporangia. Due to its small size and colour, it's easily overlooked, even in the short grass. 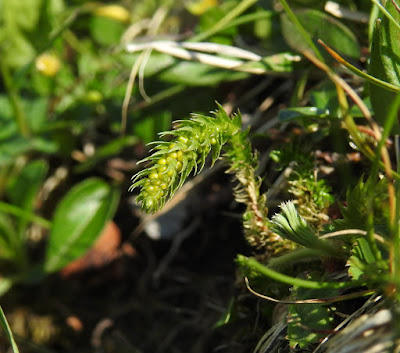 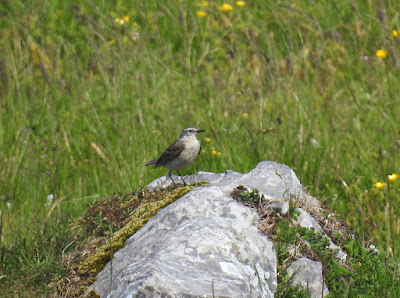 Water Pipit Anthus spinoletta is a common mountain bird above the treeline and a few territorial individuals were singing on the top of the hills. Tree Pipits Anthus trivialis instead favour a lower altitude and were observed at the forest edge, where the open grassland was interspersed with some tall conifers. Other mountain birds observed included a pair of breeding Wheatears Oenanthe oenanthe and two Alpine Choughs Pyrrhocorax graculus. 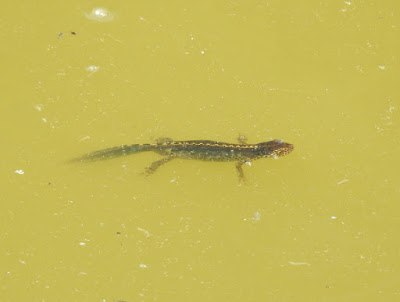 Alpine Newt Ichthyosaura (Triturus) alpestris is a common amphibian in mountain ponds that cattle use for drinking. In one such small pool there were about 30 or so. Males have bright orange underparts contrasting with deep blue and spotted flanks. 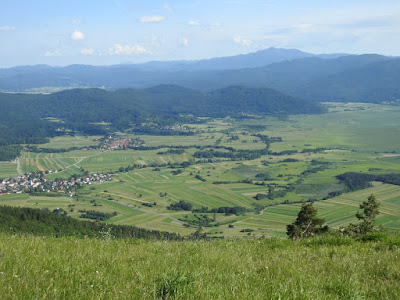 During the past week we also spent a few days in the Notranjska region for work. The above photo shows a panorama from mount Slivnica (1114 m) overlooking part of lake Cerknica (Cerkniško jezero). The lake itself is actually absent at this time of year, but the view is magnificent nevertheless. In the far distance mount Snežnik rules over the Notranjska forests. 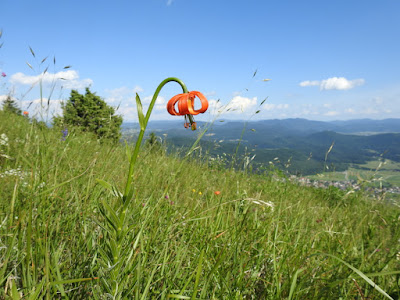 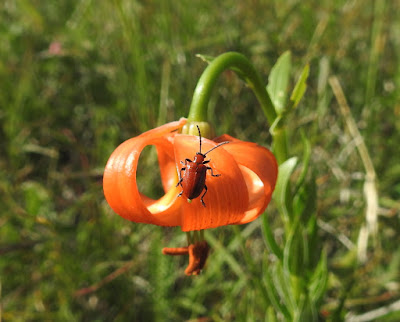 There were many flowers to enjoy on Slivnica's summit in the colourful meadows. The beautiful "Carniolan lilies" Lilium carniolicum, so typical of Slovenian mountain meadows in June, were found in small numbers and were mostly at the end of their bloom. Many had a guest on them - Scarlet Lily Beetles Lilioceris lilii. These Coleopteras and their larvae feed on almost every part of the plant and affect wild and garden lilies alike. 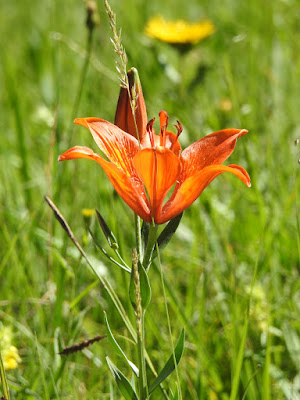 Lilium bulbiferum was instead very common, especially at woodland edges and overgrown grasslands. The main difference between the two mentioned lilies (carniolicum and bulbiferum) is in the flower's size and shape. They frequently inhabit the same meadows and sometimes share them with their third relative L. martagon, which blooms later and is usually more of a forest species. 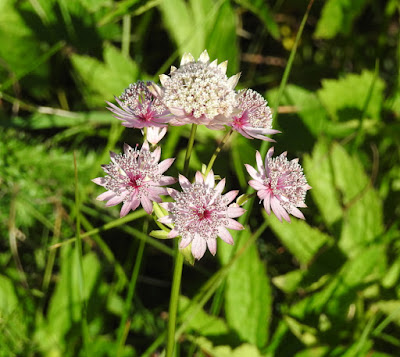 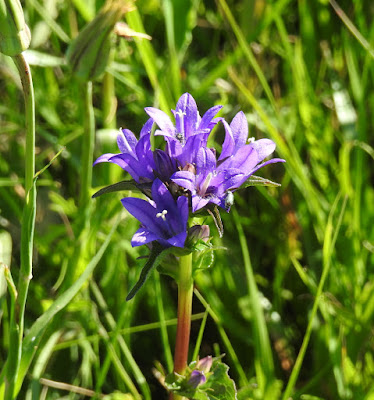 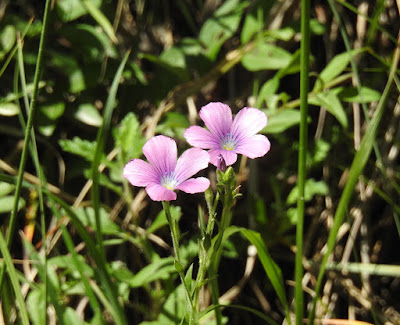 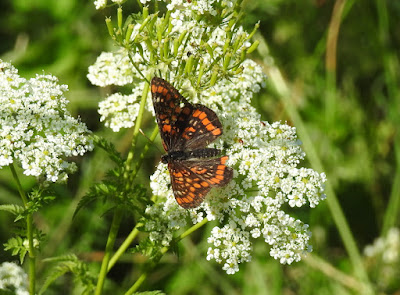 Scarce Fritillary Euphydryas maturna - apparently a quite rare species in Notranjska. It is listed as vulnerable by the IUCN and is of special conservation concern in Slovenia. We observed and photographed only this individual, close to Slivnica's summit. 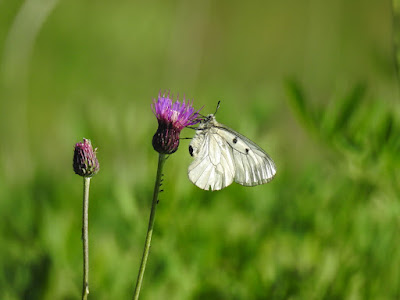 At least one Clouded Apollo Parnassius mnemosyne was also seen on the mountain meadows of Slivnica. In contrast with the individuals seen on mount Nanos, this time the species proved more cooperative and frequently landed on flowers. 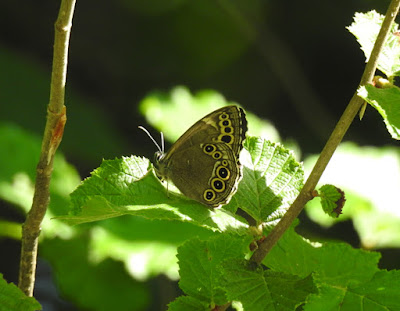 Woodland Brown Lopinga achine was encountered quite commonly in the Notranjska forests, usually at forest edges or along tracks. One of our favourite butterflies at the moment! More Lepidopteras in one of the next posts...