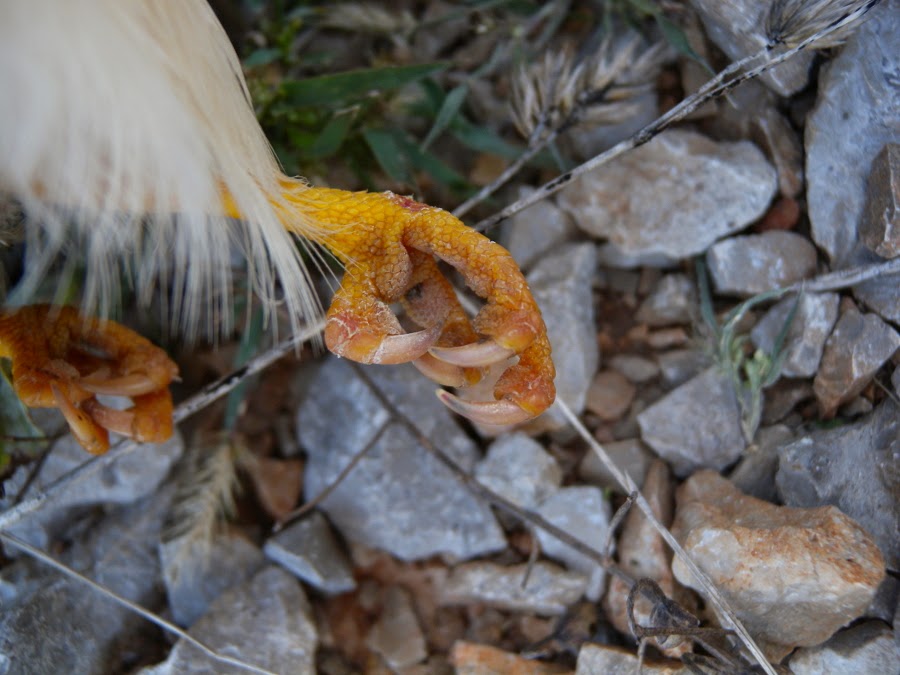 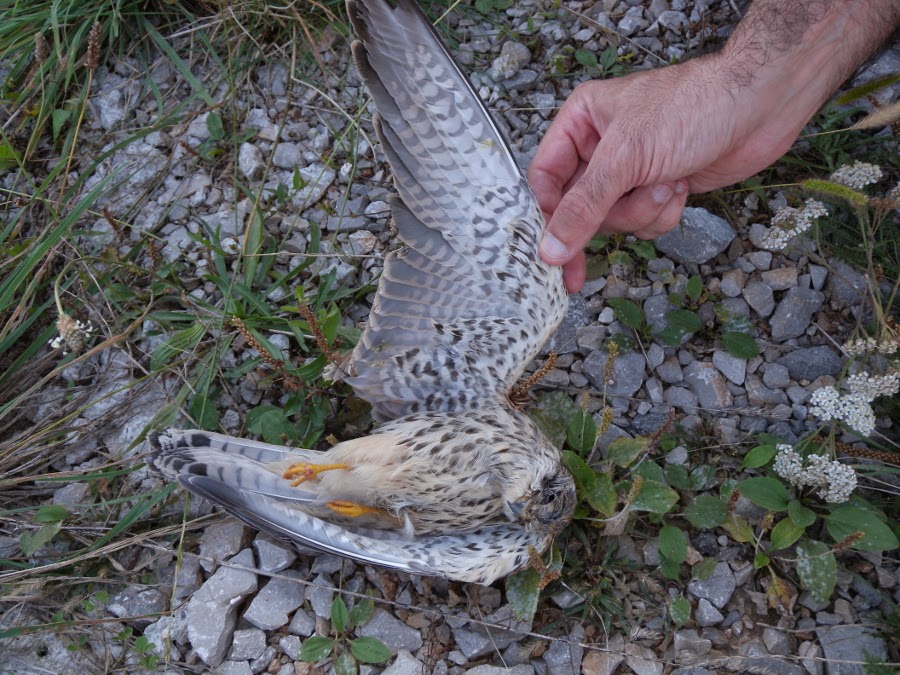 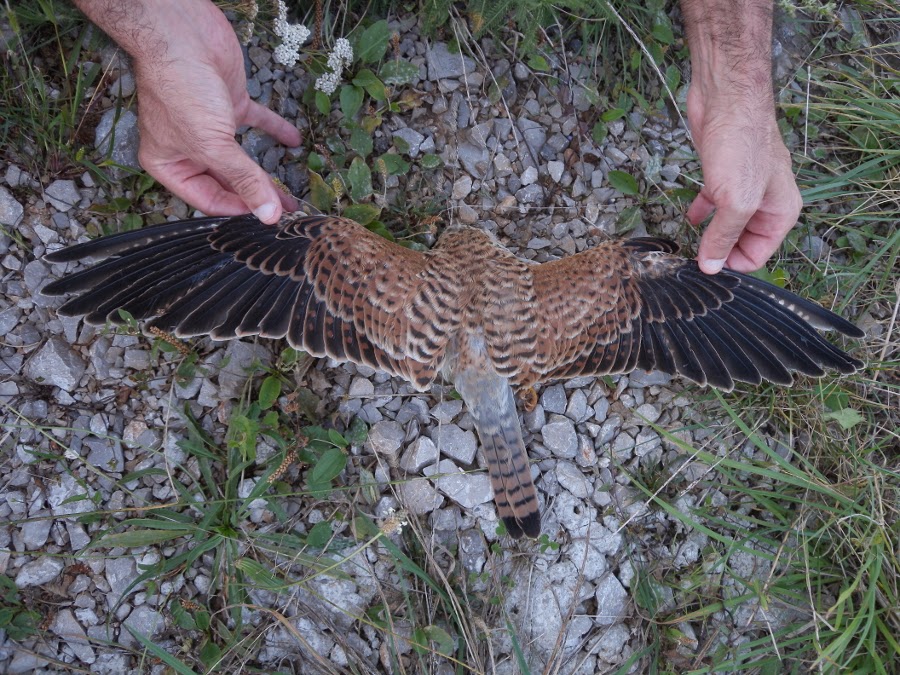 Yesterday I was birding with a friend near Divača, while we came across the above "Kestrel". A closer inspection revealed...white claws! It was a juvenile (prob male) Lesser Kestrel Falco naumanni! I was also a bit surprised by the small size of the bird. We also checked the primaries (P10 being quite long) which also confirmed our ID.
Lesser Kestrel used to breed in Slovenia until the 90s, but is now extinct. It only occurs rarely on migration and is considered a vagrant, with something like 6th records in the last 20 or so years. Pity it was a dead bird, anyway it is a very interesting find.

Alive birds in the area included a few migrants in the form of +10 Whinchats Saxicola rubetra, +5 Wheatears Oenanthe oenanthe, 4 Red-backed Shrikes Lanius collurio, 2 Common Whiethroats Sylvia communis, 1 Lesser Whitethroat Sylvia curruca, 3 Stonechats Saxicola torquatus. The most interesting was a juvenile Tawny Pipit Anthus campestris, which has probably fledged in the area.
Later in the afternoon we moved to the grassy slopes of mt. Vremščica (at around 800-900 m) to check for potential Dotterels. Here we only found a nice flock of +25 Linnets Carduelis cannabina drinking from a puddle and +20 Whinchats Saxicola rubetra.
We rounded up the day with a Hobby Falco subbuteo flying low above Bazovica (Trieste) in the evening.

On Friday I also had a quick "Dotterel checking session" on Vremščica (1026 m), which was fruitless.
On Saturday I went for a stroll on Campo Carri (Italian Karst) which was full with Whinchats Saxicola rubetra and Wheatears Oenanthe oenanthe. A male Goshawk Accipiter gentilis was also a nice addition to the evening walk. In the sky also 3 Common Swifts Apus apus heading south.