MIDDLE SPOTTED WOODPECKER on the Karst 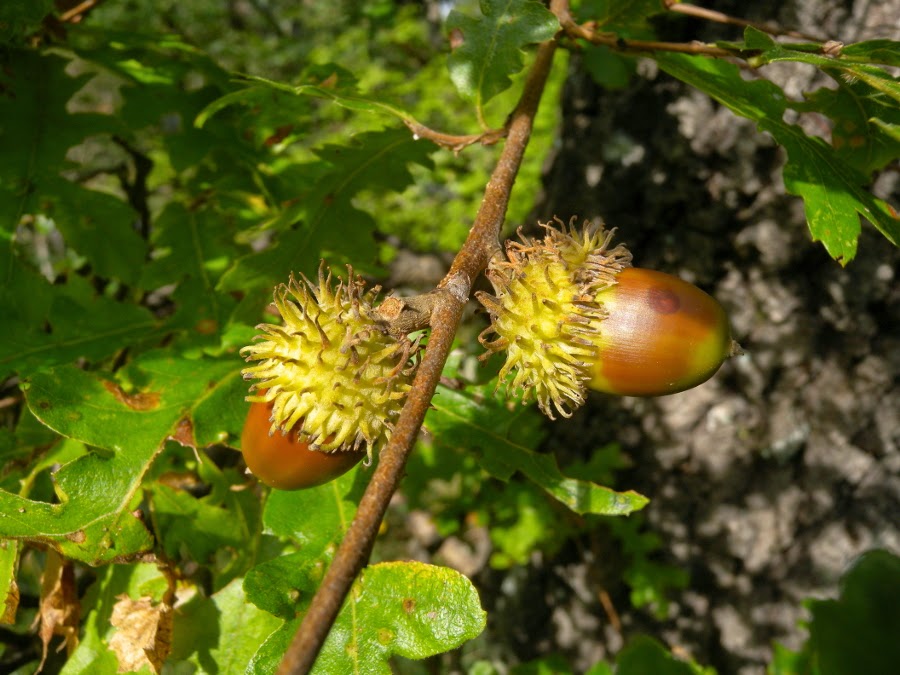 This afternoon while I was having a stroll on the Italian Karst I came across an amazing and very rare bird: a MIDDLE SPOTTED WOODPECKER Dendrocopos medius. Firstly I heard an odd "Great Spotted Woodpecker" that resembled a White-backed. While I had a check at the calls on my phone I played the White-backed which sounded perfectly the same! But the bird that materialised in front of me a few seconds after was actually a Middle Spot! I've never heard one doing that type of calls, thus I was a bit confused. Fortunately the bird remained on view for a few seconds and showed well so allowed me some quick documentation shots (second pic above). Later I was joined by a friend, with a proper camera and we managed to relocate the bird. His shot (above) was made while we had the bird on a tree some 5 metres away from us.
This is an amazing find and one I'm very proud of. Middle Spotted Woodpeckers are breeding birds in Slovenia, especially the eastern part, but are recorded sparsely in other parts of the country. The Karst area is not a place where you would expect to find one. And as far as I know there aren't many records (if any) on the Karst in the province of Trieste. Anyway this is the first time I see one outside Slovenia.
The woodland area where I found the bird seems very good for other woodpekcers too. During my afternoon visit I also heard 2 Lesser Spotted Dendrocopos minor, 3 Great Spotted Dendrocopos major, 1 Black Dryocopus martius and 2 Green Woodpeckers Picus viridis.
After the Middle Spots, the most amazing find was actually that of a female Teal Anas crecca, perched on a dry stony wall in the Karstic shrubland! Most probably an exhausted bird on migration that stopped in one of the most unprobable places for the species - far away from any source of water - and almost in a woodland!
Amazing day. Thanks to Igor for joining me and documenting the rarity.
Posted by Domen & Sara at 13:12