The Woodchat Shrike is back 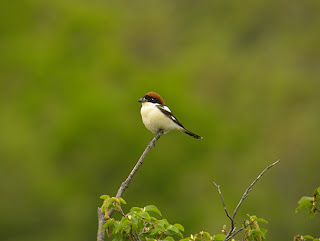 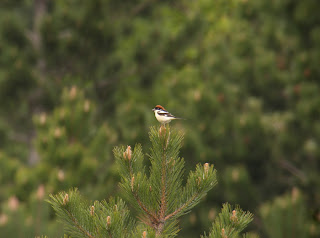 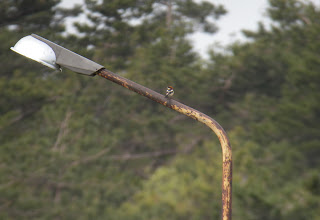 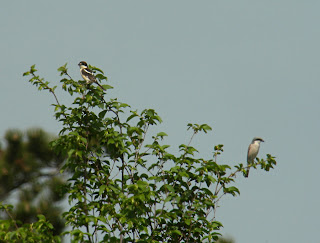 A WOODCHAT SHRIKE was found early this morning on the meadows of Campo Carri - in the same place where it occurred two consecutive years (2010, 2011). The dates are also quite timely: 29th April in both 2010 and 2011 and on the 30th this year. Well a day later, but maybe the bird was already there yesterday, as nobody went to check.
Anyway I was on site by mid morning and the bird performed really well (see above). It wasn't so nervous as shrikes use to be. It allowed a closer approach and remained more or less on the same side of the grassland, at the border with the woodland and hedges. It also perched on an abandoned lamp (third photo). Nearby were also lots of Red-backed Shrikes (at least 5; just 1 female) and on one occasion both species were seen sitting together on the same bush (last photo above).
More entertainment was produced by 3 singing male Cuckoos and a crazy female flying around the grassland all the time and perching in full view on the pines (below).
Female Cuckoo performing well 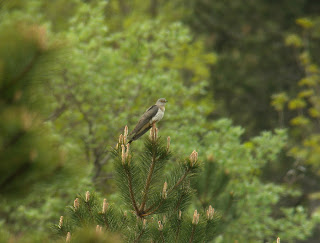 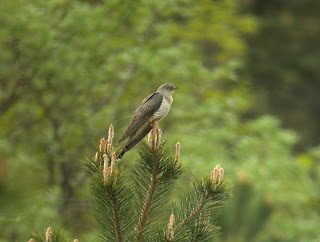 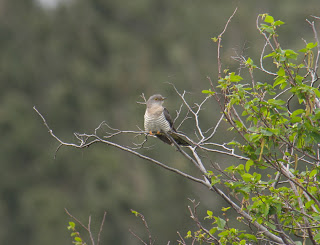 Also in the area were my first Spotted Flycatchers of the year (at least 2), 1 male Golden Oriole (flying overhead), 1 Wood Warbler, 4 Tawny Pipits, 5 Whinchats, 2 Black Woodpeckers (flying above the woodland and calling loudly), some Crossbills flying overhead, 1 Goshawk, Linnet, Rock Bunting, Woodlark and so on. Very strangely no sign of the Wheatears.
Posted by Domen & Sara at 11:38