Mt.Nanos with Ring Ouzel and flowers 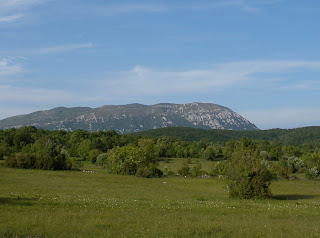 Been on the mount Nanos (1262 m - above) in nearby Slovenia today, with a couple of friends from university. We had more of a botanical trip (which was pleasant), but we managed to see a couple of interesting birds as well. On top of the list goes a gorgeous male RING OUZEL feeding on a Crocus-covered meadow on the top of the mountain. It showed quite well for several minutes, until some trekkers passed by and flushed it. Always a cool bird to see and a year's first for me. Never seen one on Nanos by the way.
After midday, in the hottest hours of the day, 4 Griffon Vultures appeared above the ridge, slowly gliding SE over our heads. While walking up on the mount earlier in the morning we heard a singing Cuckoo, 1 Song and 1 Mistle Thrush, seen 1 Rock Bunting and several commoner woodland birds. Also around the top were lots of singing Tree Pipits and a few Skylarks, along with some Black Redstarts in the rocky valleys. Otherwise just more or less the usual upland stuff including Kestrel, Raven, Buzzard and so on.
On the botanical front Helleborus niger was perhaps the most interesting, together with carpets of Crocus vernus and an awful lot of Wood Anemone (Anemone nemorosa), Hepatica nobilis, still several Snowdrops (Galanthus nivalis), and lots of other smaller, greener stuff. 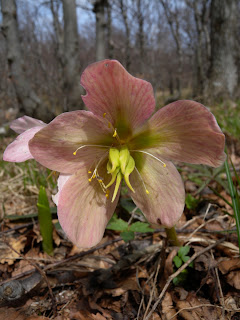 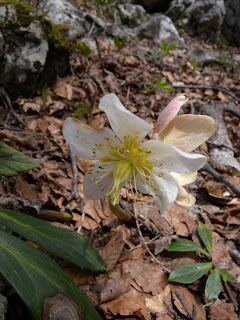 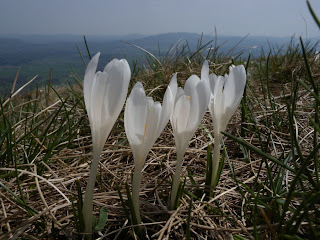 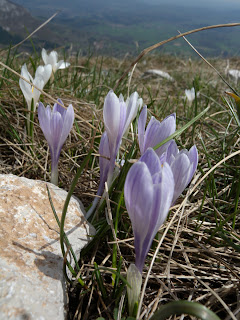 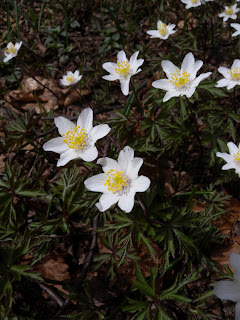