Dinaric forests in May 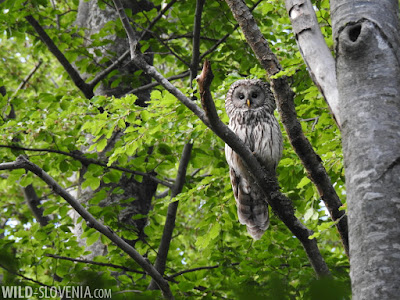 As you may have noticed, this spring the Dinaric forests of southern Slovenia have become our second home. That is mainly because of working duties - either taking guests around, showing them the local wildlife or doing bird surveys & other kinds of exploration. Spring is definitely the best time to enjoy wildlife in these forests and the beginning of May is excellent for birds. Ural Owls Strix uralensis in particular are now quite active during the day as they just started breeding and can be even heard singing during the day. The pair we found breeding in a nestbox some weeks ago is still doing well and nesting undisturbed. Meanwhile woodpeckers are mostly busy with incubation at the moment and have become difficult to observe. But it's definitely still worth visiting the forest as exciting encounters can be always around the corner. For example, while walking around a White-backed Woodpecker territory the other day, we crossed our paths with yet another Brown Bear Ursus arctos, some 80 meters away from us. The animal obviously ran away from us and disappeared in a few seconds, but it was a priceless encounter nevertheless! 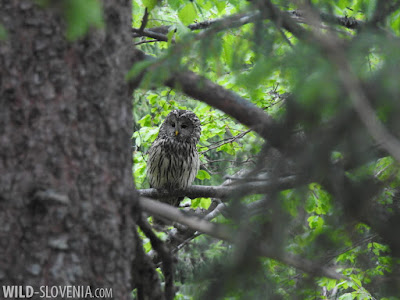 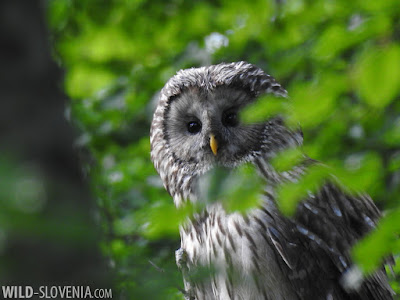 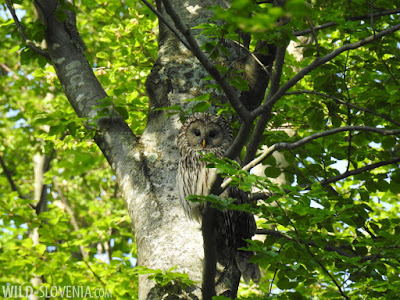 Ural Owl Strix uralensis (male). In the last few days we had up to 8 individuals (6 seen and 2 heard), including the pair nesting in a nestbox. Two birds were flushed from the edge of forest roads whilst driving, but nevertheless allowed excellent views, when they perched nearby. Watch the video in HD! 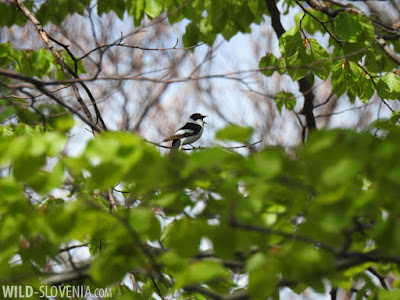 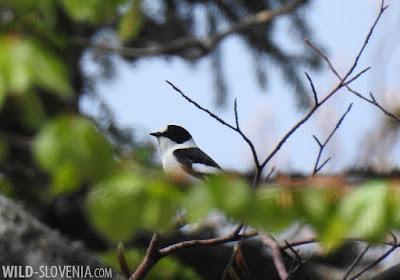 Collared Flycatcher Ficedula albicollis - the male that we observed about two weeks ago in the beech forests of Snežnik is still holding territory, but usually very hard to spot in the canopies. 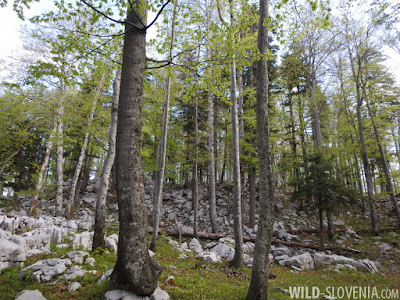 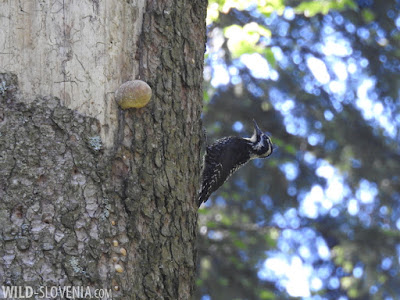 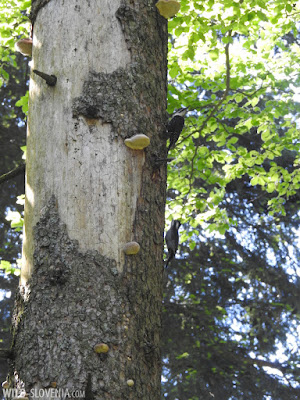 Three-toed Woodpecker Picoides tridactylus - only one pair found during the last census for DOPPS-BirdLife Slovenia on the Javorniki mountains. But we observed the male excavating a potential nest-hole. Fingers crossed! 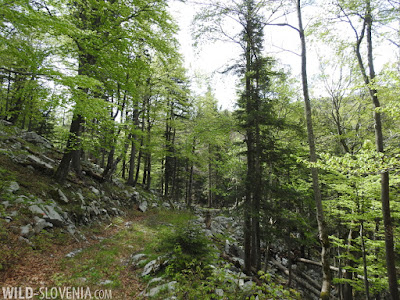 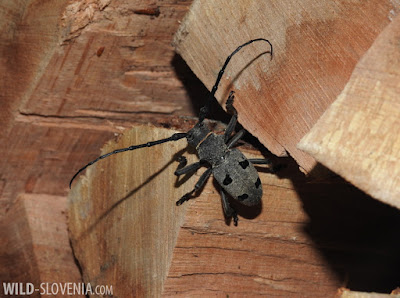 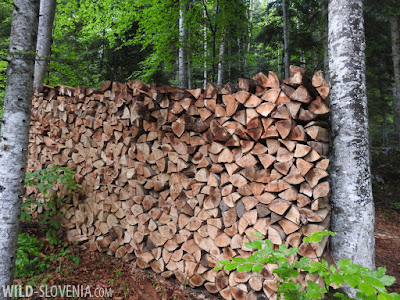 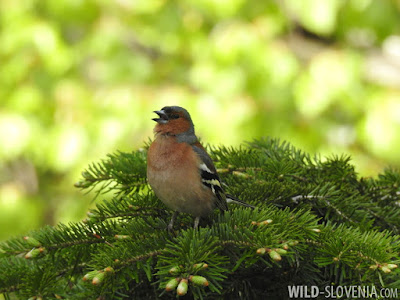 Chaffinch Fringilla coelebs - a showy bird that sang about 4 meters away from us
(although common, it was worth posting!). 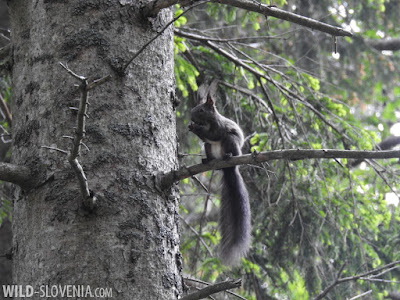 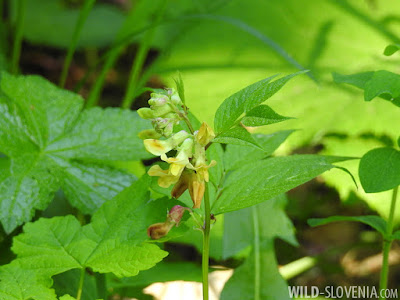 Vicia oroboides - a species with an Illyric distribution, found from Austria through the central Balkans and growing commonly in beech forests in Slovenia. 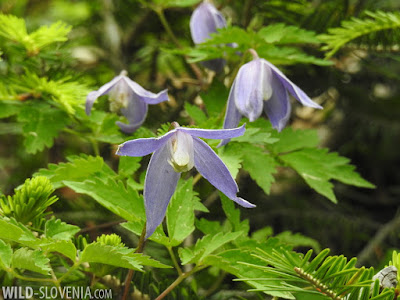 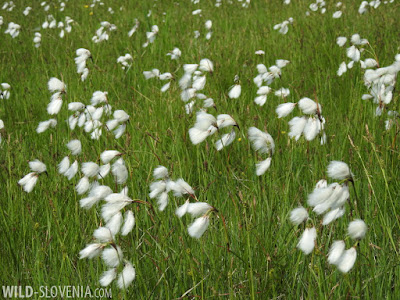 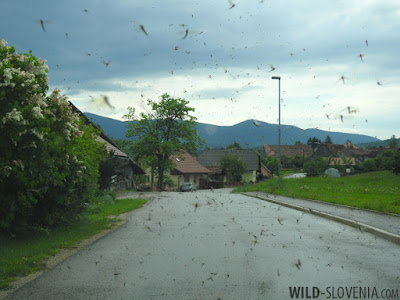 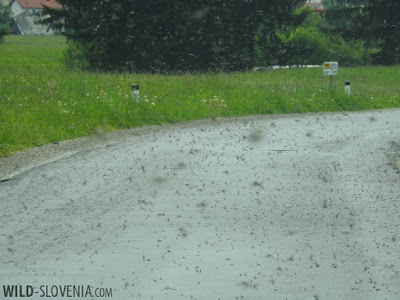