Autumn in the primeval forest 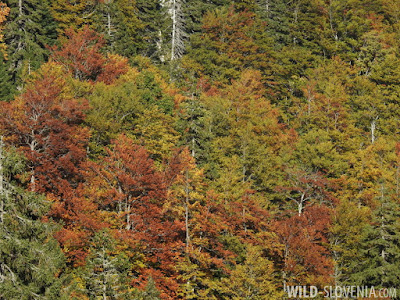 A few days ago we visited the forests of the Snežnik plateau, which are turning to beautiful autumn colours. We took a walk through the very interesting Snežnik-Ždrocle reserve, an old beech forest on heavily karstified limestone terrain, full of sinkholes, caves and depressions. The area has been recently proclaimed a UNESCO World Heritage Site because it contains sections of primeval forest.
Most of the Snežnik-Ždrocle reserve is beech Fagus sylvatica forest with additions of silver fir Abies alba (known as Abieti-Fagetum), but in the depressions where cold air gets trapped, native stands of Norway spruce Picea abies occur as well (more). One of the birds we saw is completely dependant on conifer trees... 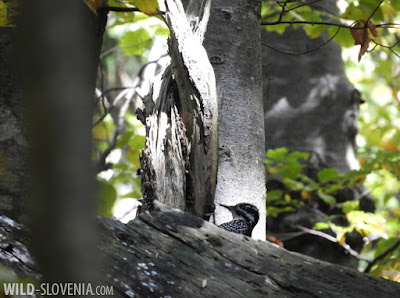 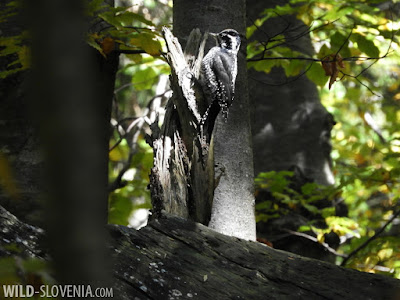 As soon as we left the main road and took the path into the forest, Sara had already spotted the above Three-toed Woodpecker Picoides tridactylus, feeding on a dead conifer. It was a beautiful male and we met face to face, some 5 meters close! The observation proved that this part of the forest with its protected reserve certainly suits woodpeckers, even the rare ones. 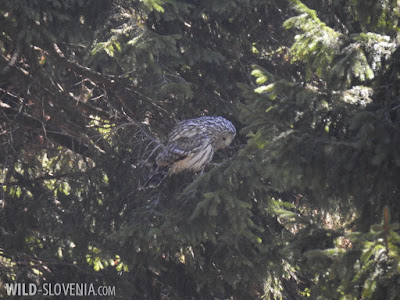 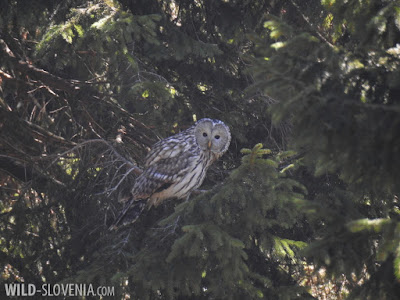 After a while we arrived to a large forest glade, where we surprised a beautiful Ural Owl Strix uralensis that was hunting in complete daylight. As it frequently happens with this species, the bird was not preoccupied by our presence and continued to hunt from its perch. We watched for several minutes, before it glided into cover. 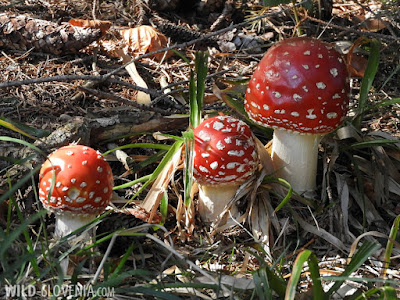 On the forest floor the colourful Fly Agaric Amanita muscaria caught our attention. This iconic fungus usually grows under the shade of conifers. It is a poisonous species and also because of its beauty, it should be left on the forest floor. 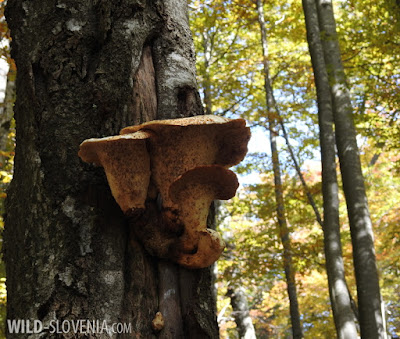 This amazing and very large fungus is Polyporus squamosus, a bracken fungus found in old growth forests. Its favourite host tree in Slovenia is beech Fagus sylvatica. We found at least two of these during our visit to Snežnik-Ždrocle, as well as one during a visit to another forest reserve on Snežnik, about a year ago (see post). 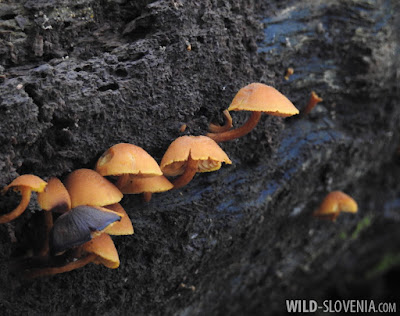 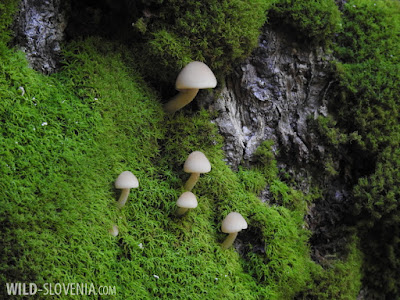 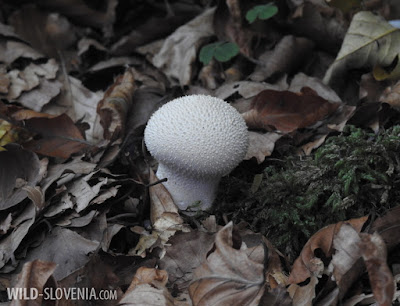 In autumn the forest is full of fungi, but most of them are unfortunately unknown to us. All we can do is admire them in their beauty of colours and shapes and sometimes enjoy in the more characteristic and easy-to-tell species. The last one above is a puffball, probably Lycoperdon perlatum. 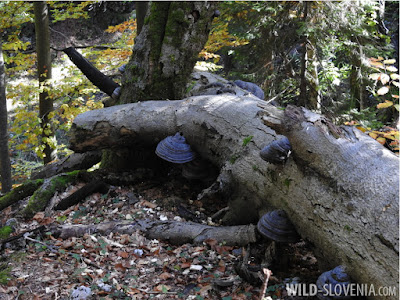 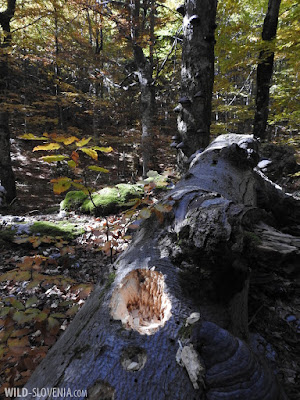 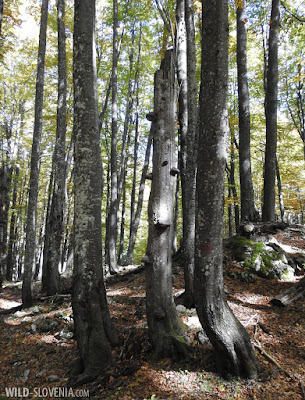 The Snežnik-Ždrocle forest reserve is full of fallen and standing rotten trees - a very important element for the feeding and nesting of woodpeckers and other animals. A few pairs of the very rare White-backed Woodpecker Dendrocopos leucotos reside in this forest and take advantage of the high amount of dead beech wood. The large fungi on beech in the above pics are Fomes fomentarius, while the holes in the second pics are feeding signs of Black Woodpecker Dryocopus martius. 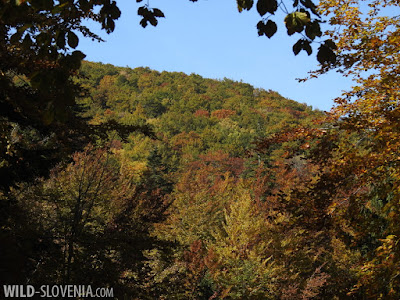 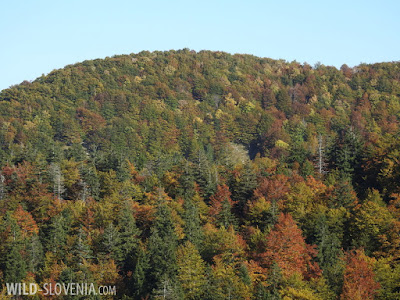 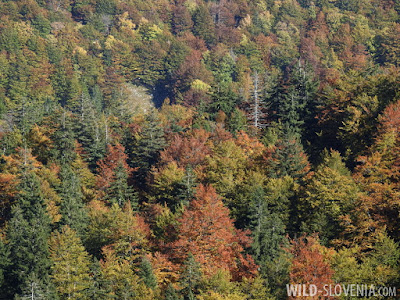 At the end some views on the autumn forest. Most beech trees are already sporting orange and red colours, while others still have green leaves. Combined with the yellows of sycamores Acer pseudoplatanus and the dark greens of firs and spruces, the colours in the forest look just perfectly balanced. This spectacle won't last for long, so make sure you catch it in time!
Our trip was rounded up in the evening with the observation of at least 8 Red Deers Cervus elaphus on a glade, while the forest resounded with the last stag's rutting.
Posted by Domen & Sara at 01:37